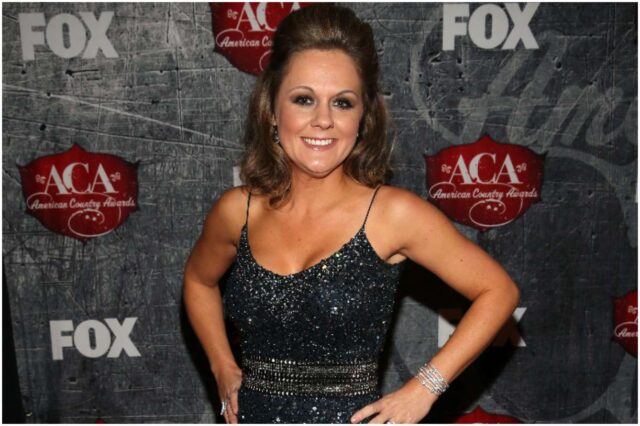 What is Jessica Aldean’s net worth?

The couple had two daughters and raised their family together for 12 years before calling it quits in 2013.

While Jessica may be done with the spotlight, it seems the spotlight isn’t done with her—she is one of the most popular searches on go-to country music and entertainment sites.

Here’s what we know about the former country music wife and her life before—and after—Jason Aldean.

As a kid, she attended Windsor Academy, a high school in Macon, where she met and began dating Jason Aldine Williams.

Williams, who was two years older than the petite beauty, knew straight away that he wanted to spend his life with Ussery.

He proposed to her at the turn of the new millennium, and the pair got married on August 4, 2001.

Because Jason Aldean was legally Jason Aldine Williams, Jessica never officially took the name Aldean as her surname. During their marriage, she was Jessica Williams—which was officially Jason’s surname.

On Valentine’s Day 2003, the young couple welcomed their first daughter, Keeley, to the family. Jessica was a young mom at only 23.

The pair then went on to have another daughter, Kendyl, in 2007.

We probably can’t call them “early days” since the pair were happily married for the majority of their 12 years together, but even two years before their divorce, the pair seemed to be in a genuinely good place.

Jason—who had by this point achieved success on the music scene—sang his wife’s praises loudly and often.

In a 2011 interview, he called her his true love and best friend, saying that “it just doesn’t work without her.”

Jessica handled the business side of her husband’s career and finances, too. Jason confessed that he just wanted to play music and meet his fans, so Jessica handled business meetings and scheduling, so he could live his dream.

He appreciated that she’d give her opinion on his music if he asked, but that was about it.

As a mom of two, handling her musician husband’s chaotic schedule and running a family, she had her hands full without giving music feedback.

The End Of An Era

Things changed for the husband and wife duo in 2012 when the media got photographic evidence of Jason Aldean kissing another woman in a bar.

That woman was Brittany Kerr, a former Charlotte Bobcats cheerleader and wannabe celebrity who was 11 years younger than Jason.

Kerr had appeared in the 11th season of American Idol, although she never made it to the live competition.

The pair apologized for what Brittany called a “lapse of judgement,” although this wasn’t enough for many of Jason’s fans—who labeled the young Kerr a homewrecker.

It also wasn’t enough to save the Aldeans’ marriage, with the couple officially announcing their divorce seven months later.

Jason married Kerr two years later, and the couple regularly post photos of them and their two young children on Instagram.

Jason’s career has bounced back from the scandal, although it appears that Brittany has not yet managed to build a career of her own.

Not one to be held down for long, Jessica focused on her own healing and that of her daughters following the breakup of their family.

Marlin, a lineman with two children of his own, is a private guy, and the pair choose to stay out of the spotlight.

She has recently started to play the guitar. Her goal isn’t to be a country star, though—she wants to play like 80’s rock legend Slash from Guns N’ Roses.

She enjoys spending time with her family, including her two half-siblings, getting outdoors, and playing basketball.

Jessica Aldean has an estimated net worth of $2 million.

Who is Jessica Ussery’s husband?

She is married to Jake Marlin.

She has a net worth of $2 million.

READ THIS NEXT: Who is Carl Marino?