Who are the most famous blonde actors?

Hair color is based on how much melanin is in the hair.

Blond hair is most common around the Baltic Sea and in Scandinavia, where it is believed that blondism originated.

Blonde doesn’t come in one shade, but around 30. You can be brown-blonde, grey-blonde, or café au lait blonde.

Many kids born with light hair go dark before their 10th birthday, thanks to rising levels of eumelanin. 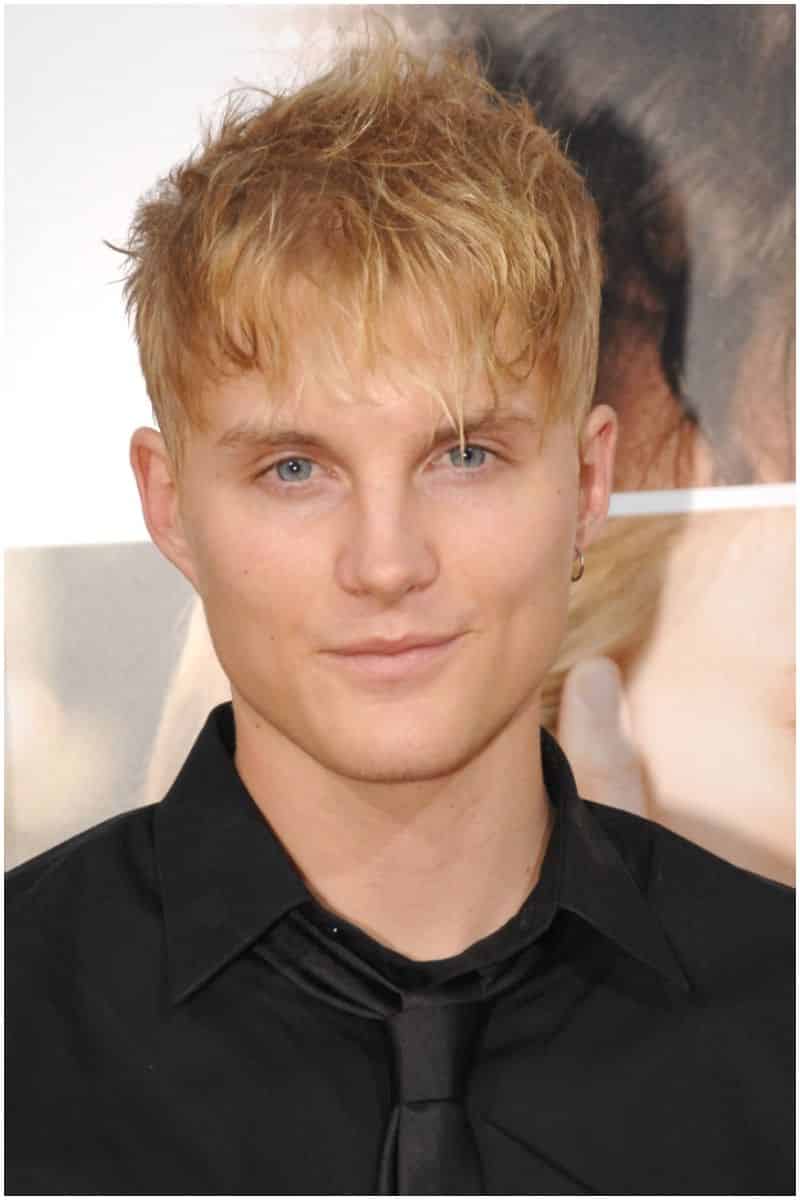 He is an English actor known for his film roles in Into the Darkness, Black Swan, Street and Playback, as well as for playing Reid Garwin in the 2006 supernatural thriller ”The Covenant.”

His father, Mike, is in advertising, and his mother, Annamaria Hemingway, is a well-known Conscious Living and Dying author.

Hemingway earned an Associate’s Degree in Fine Arts from the American Academy of Dramatic Arts in New York City.

In 2011, Hemingway played Chase in Into the Darkness.

In 2012, Toby played a supporting role on The Finder as Willa’s gypsy cousin Timo Proud.

In 2015, he was seen in the role of Trevor in the romance — “Charlie, Trevor and a Girl Savannah.” 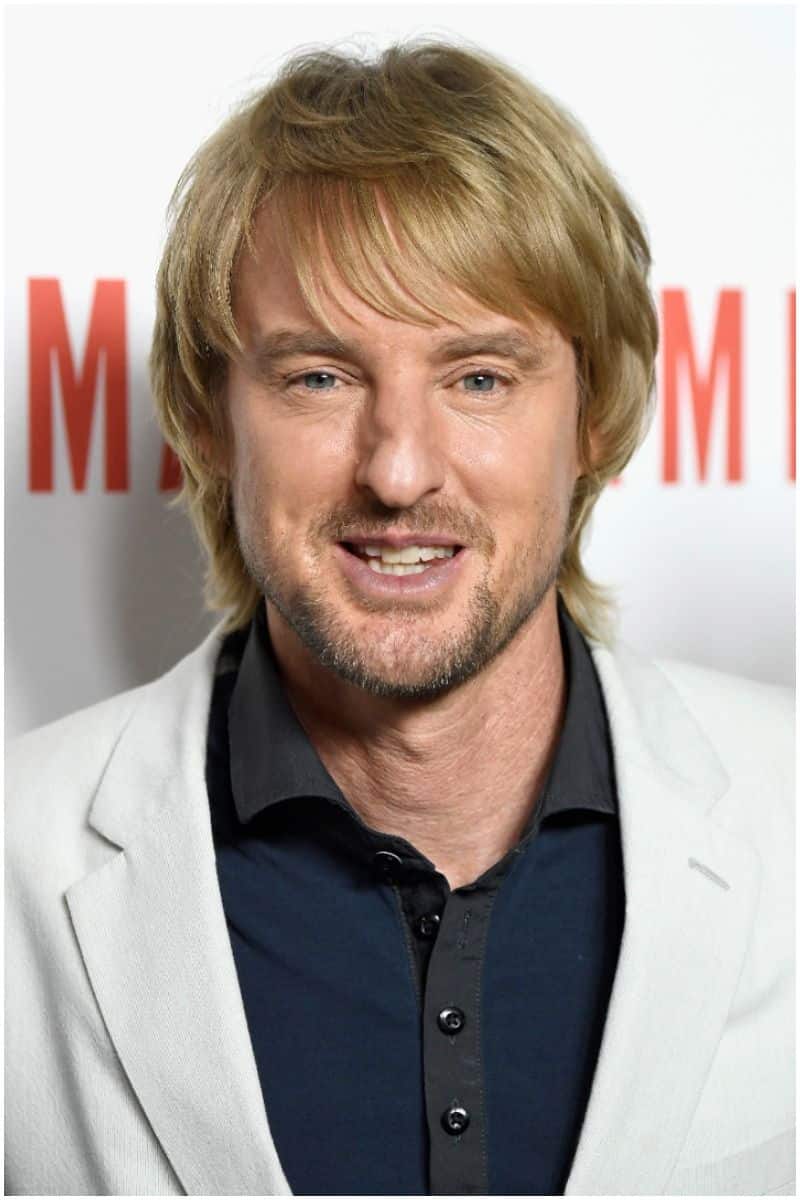 Owen Wilson is an American actor, producer, and screenwriter known for his quirky and subtle humor roles in films such as Wedding Crashers, The Royal Tenenbaums, and Inherent Vice.

Wilson is best known for his improvisational abilities and mainly contributes to films other than the more personal ones he does with his friend Wes Anderson.

In 2000, Owen found his big break when he was cast as Roy O’Bannon in the comedy ”Shanghai Noon.”

As a youngster, Wilson was a big troublemaker at school and was expelled for stealing a teacher’s notebook.

In 2005, Owen scored one of his biggest box office successes with the movie – ”Wedding Crashers,” starring opposite Vince Vaughn.

In 2006, Wilson voiced the lead character Lightning McQueen in the Pixar film Cars. In 2011, Owen returned to voice McQueen in Cars 2.

Moreover, Owen is a member of what the media refers to as “The Frat Pack,” along with Jack Black, Will Ferrell, Vince Vaughn, Steve Carell, Ben Stiller, and Luke Wilson.

In November 2017, Owen became the face of a new £20 million advertising campaign for sofa retailer, Sofology.

In the series Loki, Owen Wilson had gray hair. Fans immediately reacted online. One fan tweeted: “For a minute, I thought Owen Wilson was playing a version of Howard Stark.” 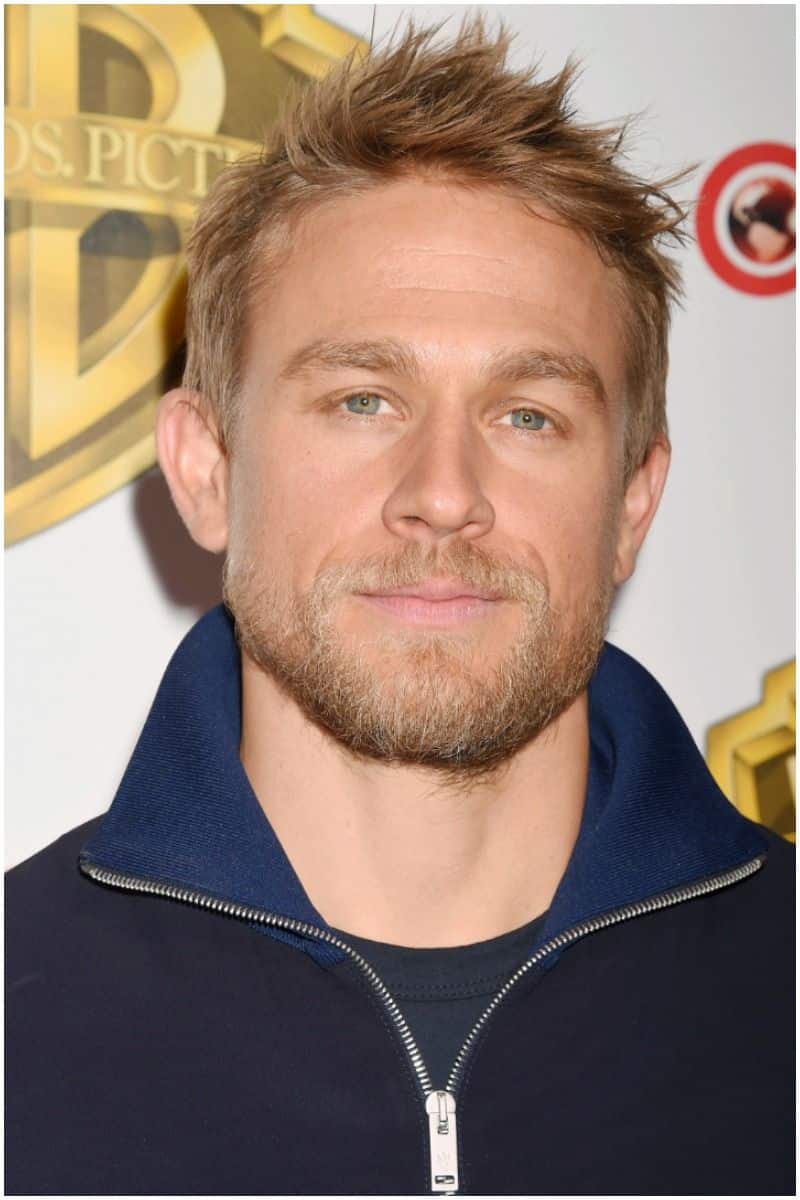 He is a British model and actor who is known for his roles as:

Charlie was cast as Christian Grey in Fifty Shades of Grey; however, three weeks before the start of the shooting, he chose to drop out of the film because of personal reasons and his busy schedule with Sons of Anarchy.

He also auditioned for the role of Anakin Skywalker in Star Wars: Episode II – Attack of the Clones.

Fun facts – in 2017, Hunnam said for Variety that an Italian lady had an unusual request. She asked if he was willing to send her a toenail clipping, or, if not, a pubic hair. In another interview, Charlie said he’s not the biggest fan of long hair. 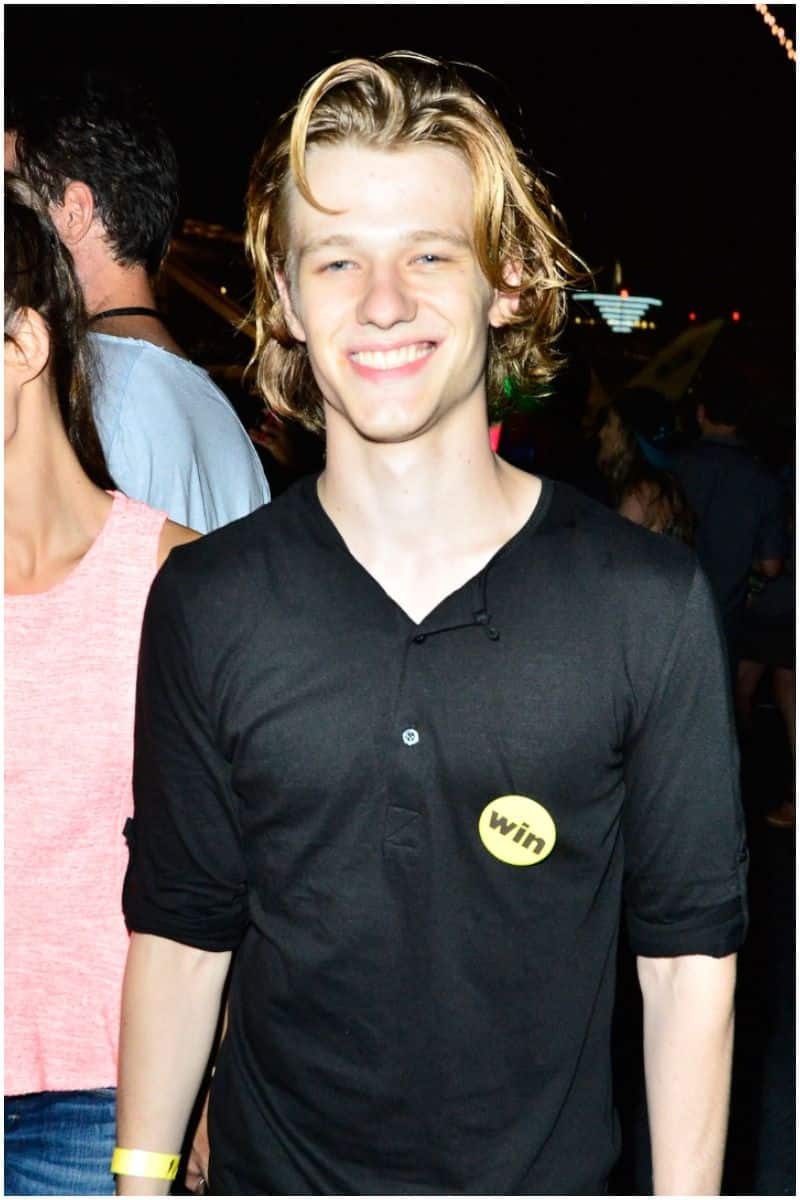 He is an American actor known for his role as Havok in the X-Men series, starting with 2011 X-Men: First Class.

His grandfather and great-grandfather, both named Jacob Elvin Till, were reverends.

His patrilineal line, originally surnamed “Tyll,” originates with Swiss immigrants to South Carolina in the 1700s.

Lucas began acting in the early 2000s and has appeared in several television and film productions, including roles in The Disappointments Room, Stoker, House, Hannah Montana: The Movie, Dance of the Dead, and Monster Trucks. 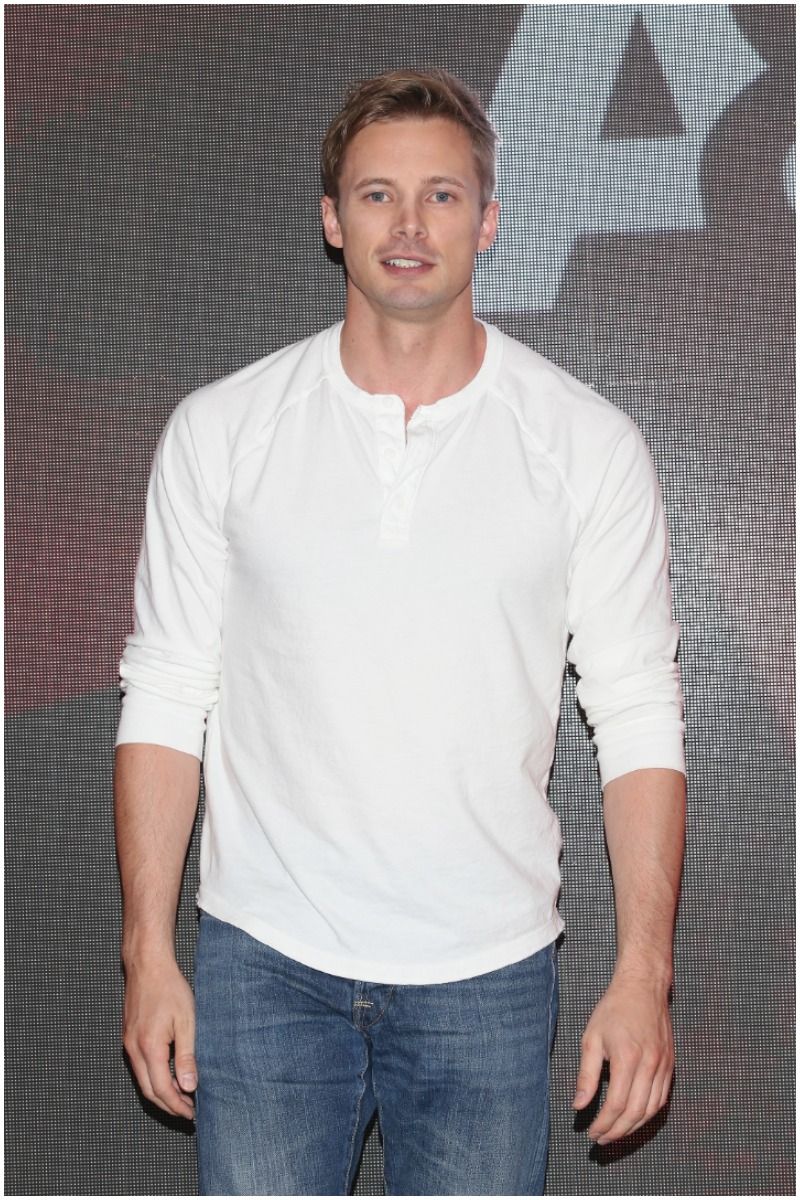 He is an English actor best known for portraying Arthur Pendragon in the BBC TV series Merlin. The series ended its 5-year run in 2012. Of this role, James said that it “was a challenge to play such an iconic character,” but he enjoyed every minute of it.

His family moved to Jacksonville, Florida, when he was nine.

In 2015, James appeared in the television series iZombie as a recurring character Lowell Tracey, a love interest for the main character Liv. In the same year, Bradley was cast as a villain in ”Underworld: Blood Wars.” 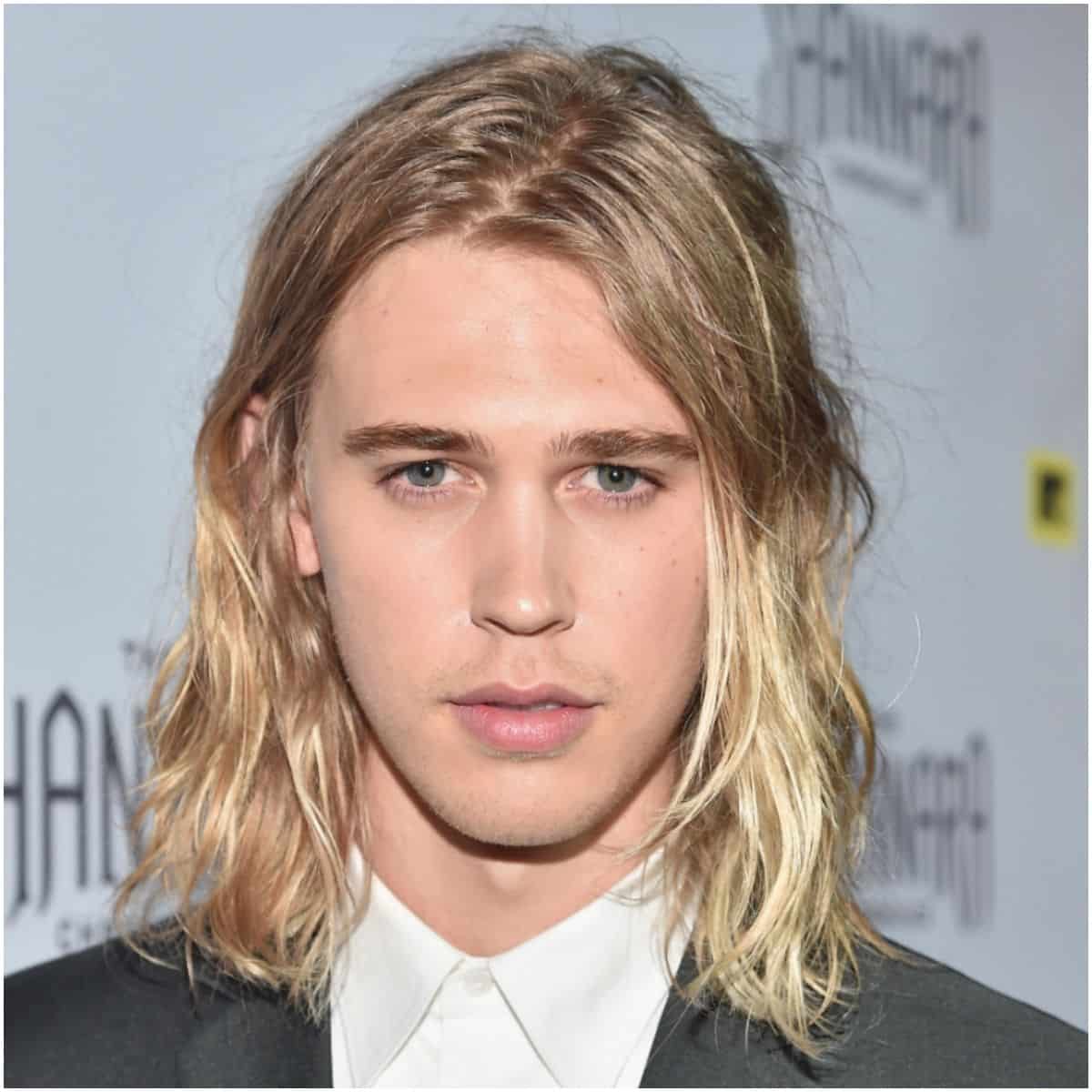 He is an American singer and actor known for his role as James Garret in season 4 of Zoey 101. Austin is known for his roles as James “Wilke” Wilkerson in Switched at Birth, Sebastian Kydd in The Carrie Diaries, Tex Watson in Once Upon a Time… In Hollywood, Jordan Gallagher on Ruby & The Rockits, and Wil Ohmsford in The Shannara Chronicles.

Butler is a fan of the band Kings of Leon, and his favorite singer is Freddie Mercury. 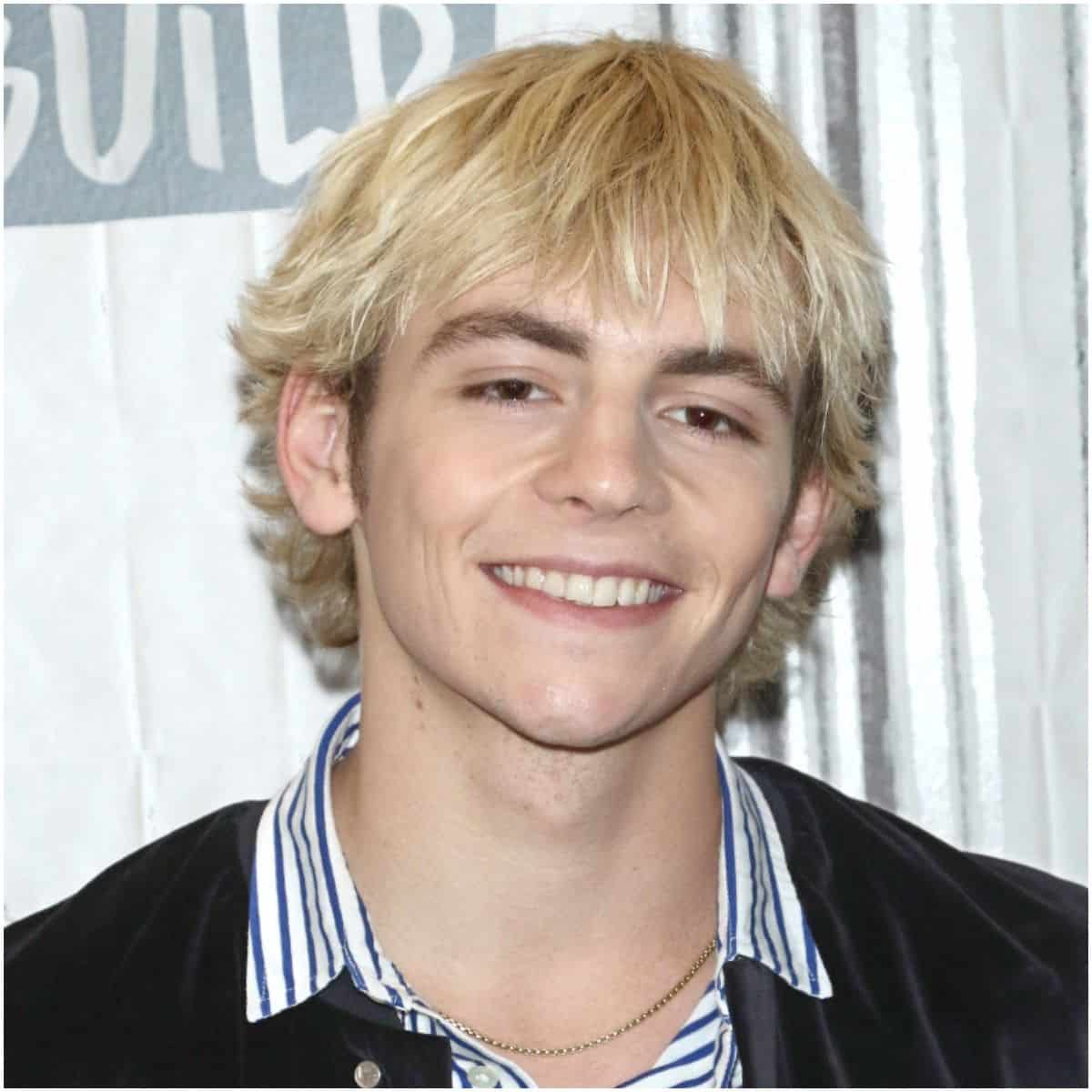 He is an American singer, musician, songwriter, and actor known for his role as Brady in the Teen Beach Movie series and his debut role as Austin Moon on the Disney Channel original series Austin & Ally.

Lynch was the lead vocalist of the pop-rock band R5 and one-half of the band The Driver Era, with Rocky Lynch.

From 2018 to 2020, Ross performed as Harvey Kinkle in “Chilling Adventures of Sabrina.”

Fun fact – he dyed his hair brown for playing Harvey in Chilling Adventures of Sabrina. “It is really interesting to change your hair color after being blond your entire life,” Lynch said. “It shocks you.” 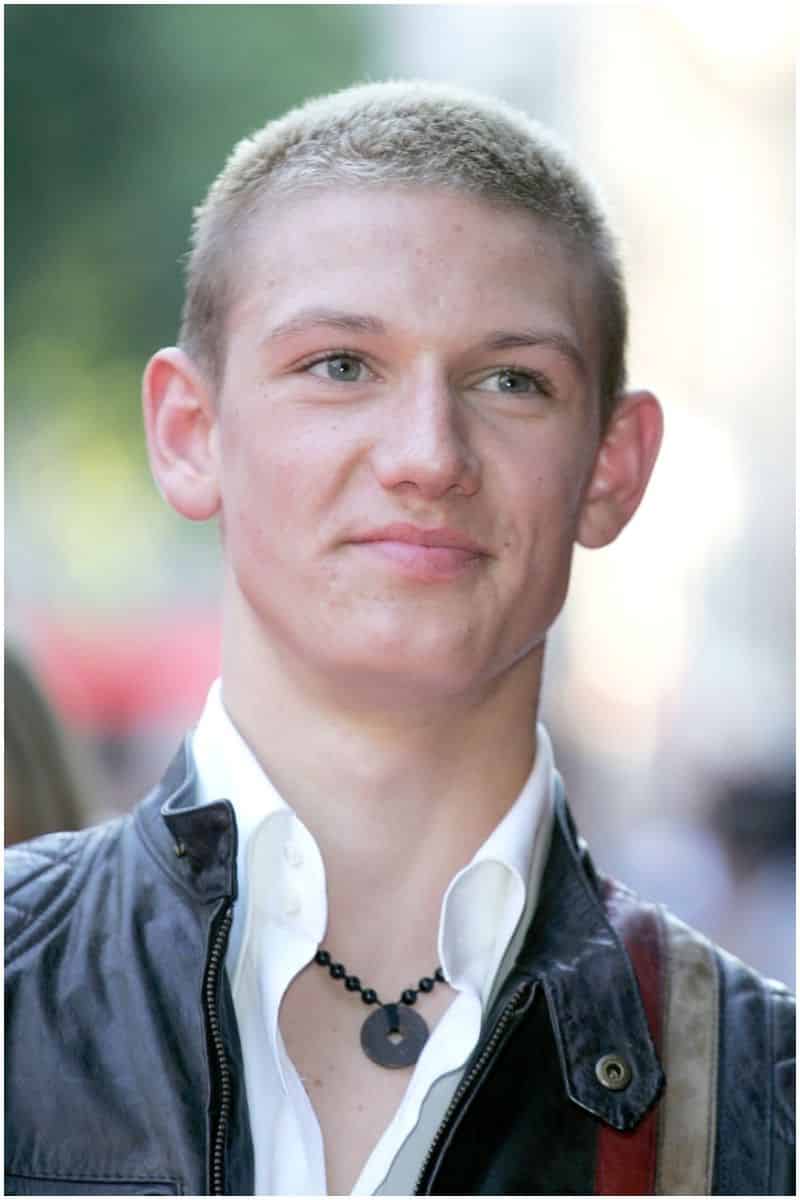 He is a British model and actor who appeared in school plays and on television before being cast as the main character in the film version of Stormbreaker. Alex was born in Stevenage, Hertfordshire, England.

Pettyfer has been seen as a model in several advertising campaigns for Burberry.

Alex was also nominated for his role for a Young Artist Award and an Empire Award.

Some of Alex’s best roles were in Magic Mike, In Time, Collection, Back Roads, Elvis & Nixon, and Echo Boomers. 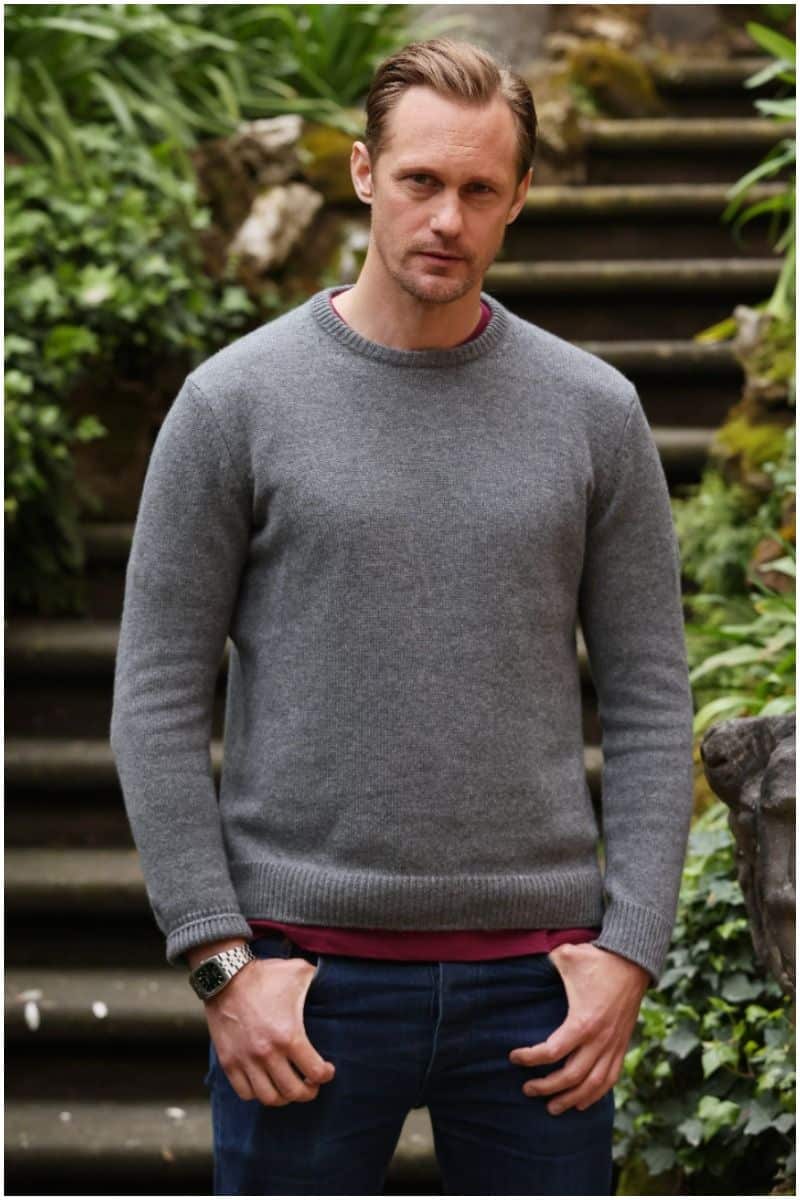 Skarsgård played opposite Keira Knightley in The Aftermath in 2019.

In 2021, Skarsgård portrayed Nathan Lind in Godzilla vs. Kong, while in 2022, he played Amleth in The Northman.

Fun fact – for his role in The Hummingbird Project (2018), Skarsgård shaved the top half of his head. “I thought for some reason it would look more natural, instead of doing a bald cap to really shave it,” Alexander revealed. 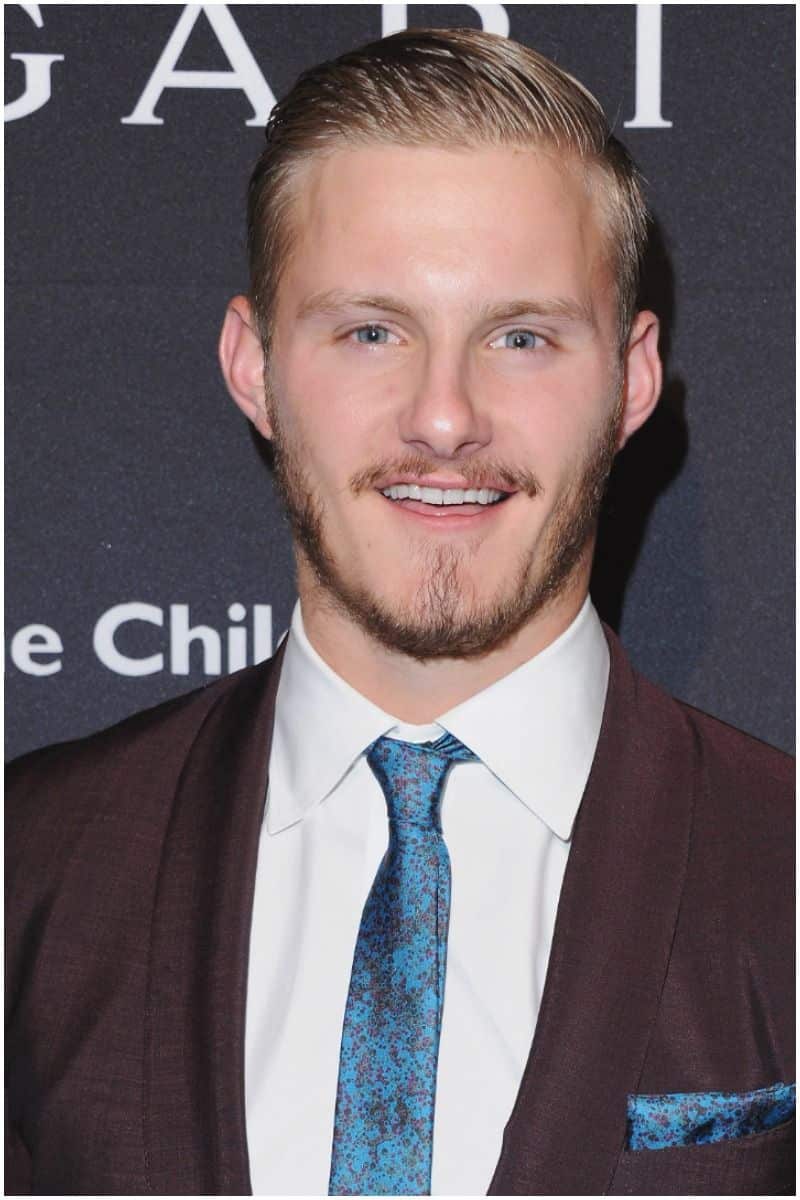 He is a Canadian actor, model, and singer who currently appears in the History Channel series Vikings.

Ludwig is best known for his roles in The Seeker: The Dark Is Rising, Lone Survivor, The Hunger Games, The Band Perry: Gentle on My Mind, Operation Christmas Drop, National Champions, and Bad Boys for Life. 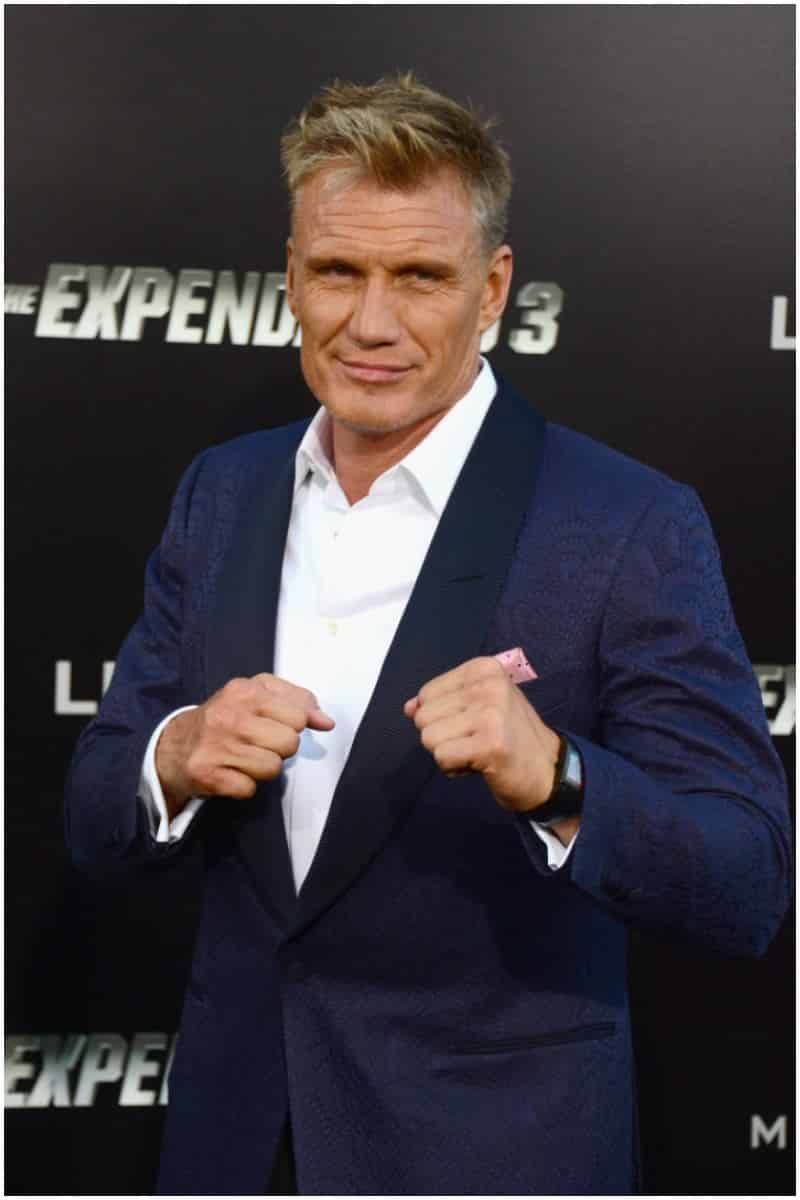 Dolph Lundgren is an iconic actor best known for his roles in films such as Rocky IV, The Expendables, and Universal Soldier.

He began his career as a bodyguard and martial arts instructor with appearances in small Swedish films.

He rose to fame after being cast as Ivan Drago in the classic movie Rocky IV.

Since then, Lundgren has starred in over 94 feature films, television shows, and videos.

Lundgren’s been sporting short hair for years, but it’s never seemed to get old. Dolph continues to reinvent his look with every new style he tries out – and the results always have an air of cool confidence. His hairstyle is a reflection of his attitude – stylish, fresh and always ready for the spotlight. 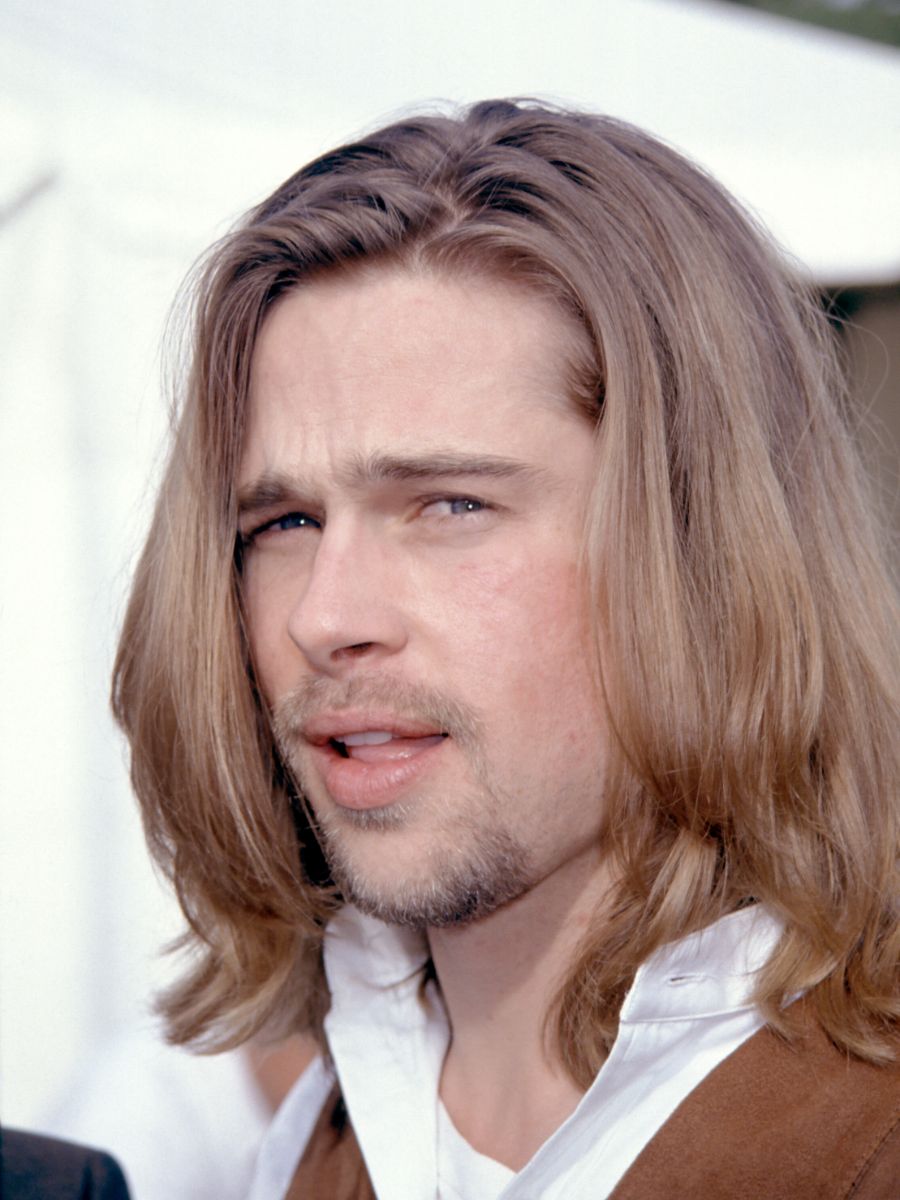 Brad Pitt is an American actor and film producer who has established himself as a leading man in Hollywood with iconic roles such as Chad Feldheimer in Burn After Reading, John Smith in Mr. & Mrs. Smith, Joe Black in Meet Joe Black, Tristan Ludlow in Legends of the Fall, Tyler Durden in Fight Club, J.D. in Thelma & Louise, Achilles in Troy, Jeffrey Goines in 12 Monkeys, and more.

He is the recipient of numerous awards and accolades, including two Academy Awards, four Golden Globe Awards, and one Primetime Emmy Award.

Pitt’s charisma and charm have made him one of Hollywood’s most sought-after actors.

His other roles include films such as World War Z, Ad Astra, By the Sea, Mr. & Mrs. Smith, and The Curious Case of Benjamin Button.

Daniel Craig is a British actor best known for his role as James Bond in five films, beginning with 2006’s Casino Royale. He was born in Chester, Cheshire, on March 2, 1968.

He is acclaimed for his roles in films such as The Golden Compass, The Girl with the Dragon Tattoo, and Logan Lucky.

Craig has received multiple awards and nominations throughout his career. In 2022, he was appointed Companion of the Order of St Michael and St George.

He spent much of his childhood flighting and playing sports before studying at the National Youth Theatre in London.

Craig quickly landed his first role in the TV movie The Power of One (1992) as Sgt. Botha.

He continues to be one of Hollywood’s most beloved actors and an inspiration to aspiring worldwide performers. 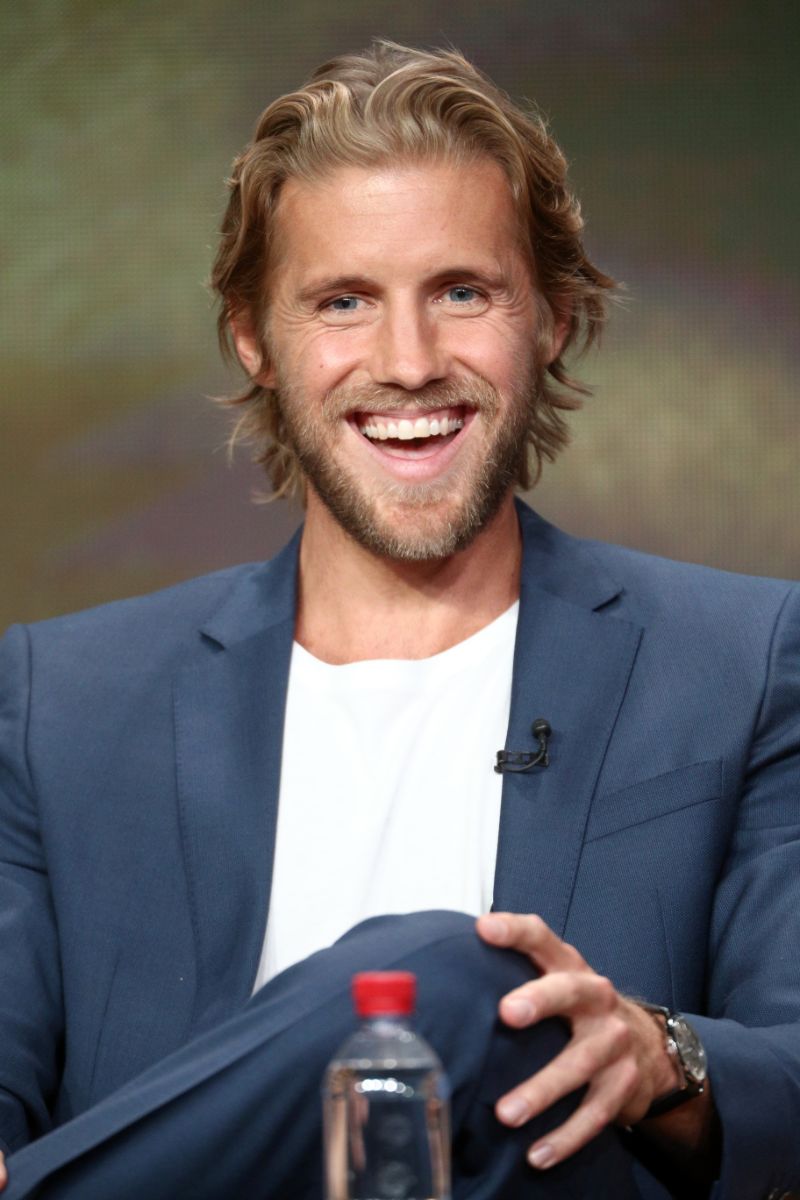 Matt Barr is an American actor who portrayed Dan Patch in The CW series Hellcats, Ryan in The Layover, Ian Banks in One Tree Hill, Johnse Hatfield in Hatfields & McCoys, Danny McNamara in Blood & Treasure, and Hoyt Rawlins in Walker: Independence. 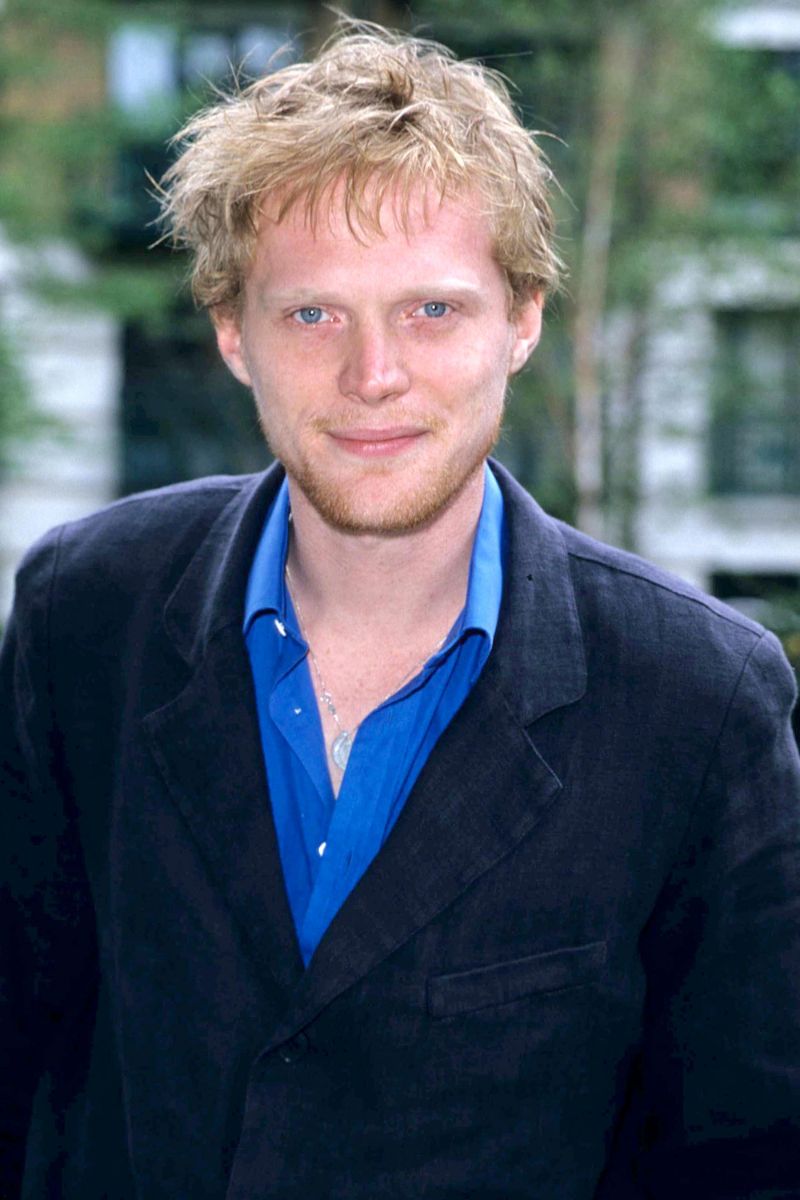 Paul Bettany is an English actor best known for his roles in films like Transcendence, The Young Victoria, WandaVision, Journey’s End, A Beautiful Mind, and The Da Vinci Code.

He made his stage debut in An Inspector Calls.

He is close friends with Johnny Depp.

He has been married to actress Jennifer Connelly since 2003 and is a father to two children. 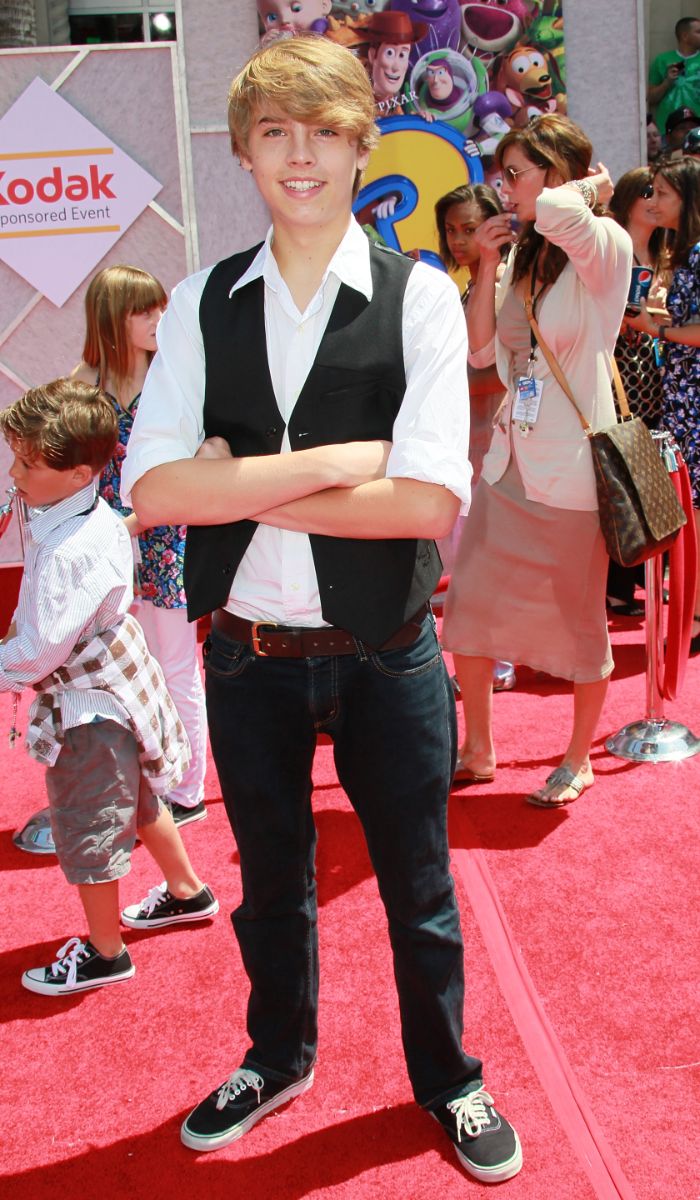 Cole Sprouse is an American actor best known for his role as Jughead Jones on the CW series Riverdale.

He made his acting debut at the age of eight months in the TV series Grace Under Fire.

Since then, Cole starred in Big Daddy, The Suite Life on Deck, Five Feet Apart, and Friends.

In 2015, Cole graduated from the Gallatin School of Individualized Study. 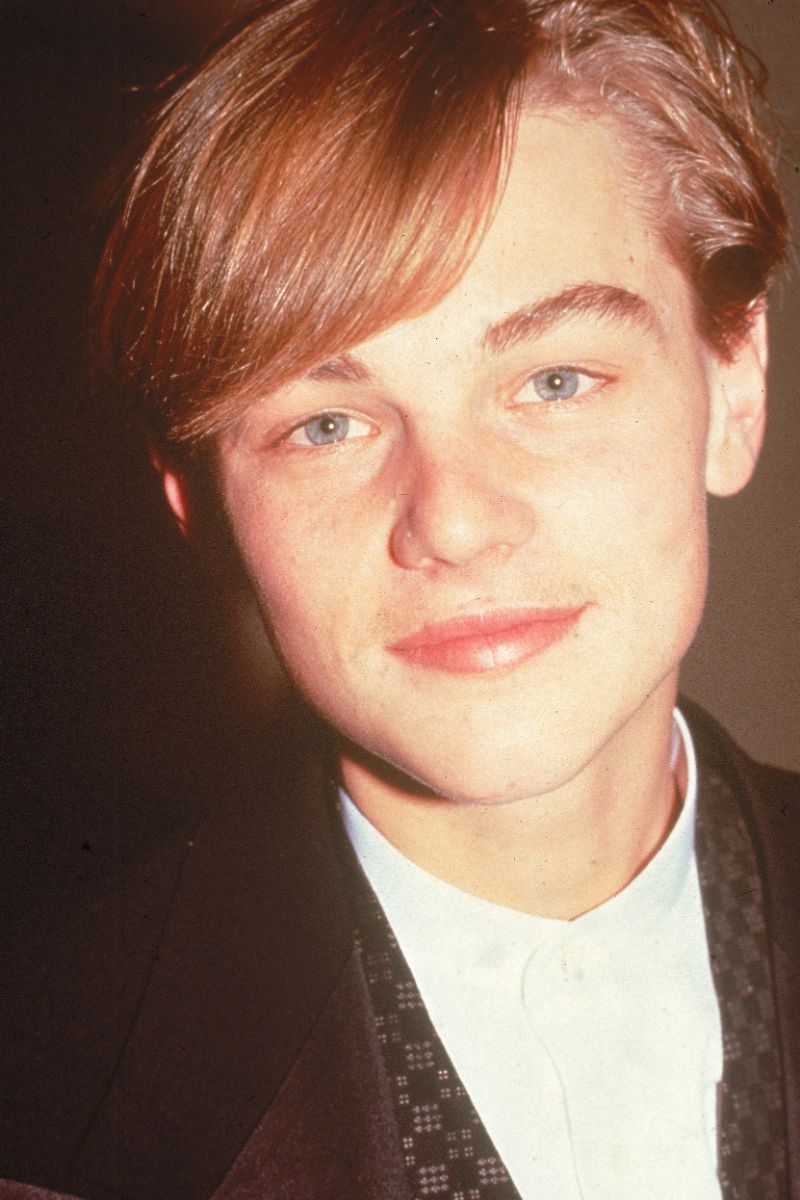 Leonardo DiCaprio is one of the most biggest stars of our time, having starred in some of the biggest movies and television series in Hollywood.

DiCaprio starred in Don’t Look Up, The Revenant, Romeo + Juliet, Inception, The Great Gatsby, The Aviator, The Departed, Titanic, The Wolf of Wall Street, Once Upon a Time in Hollywood, Shutter Island, and Catch Me If You Can.

He was born on November 11, 1974, in Los Angeles. His father is of German and Italian descent. 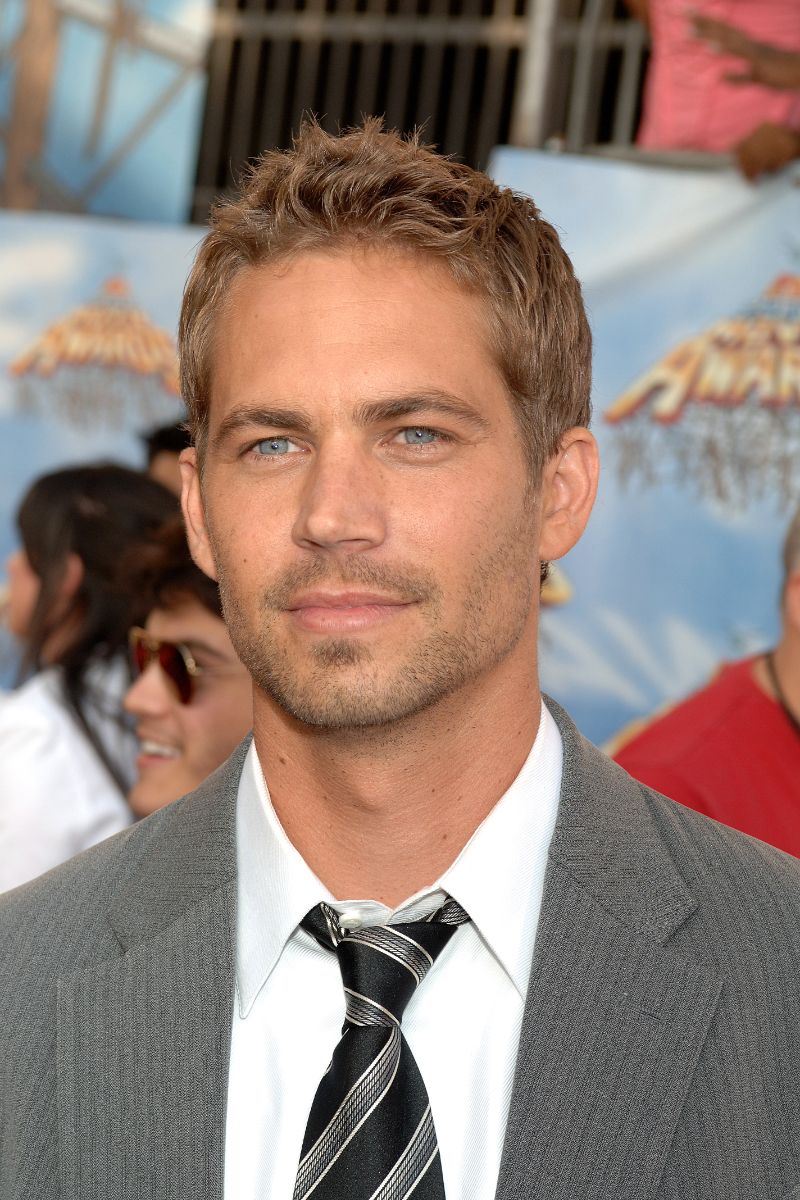 Paul Walker was an American actor best known for his role in the Fast and Furious movie franchise.

Born in Glendale, California, on September 12, 1973, Walker was raised alongside his four younger siblings.

At age 2, Paul was featured in a TV commercial for Pampers.

Some of Walker’s best roles were in The Fast and the Furious, Pawn Shop Chronicles, Vehicle 19, Hours, Takers, and Running Scared. 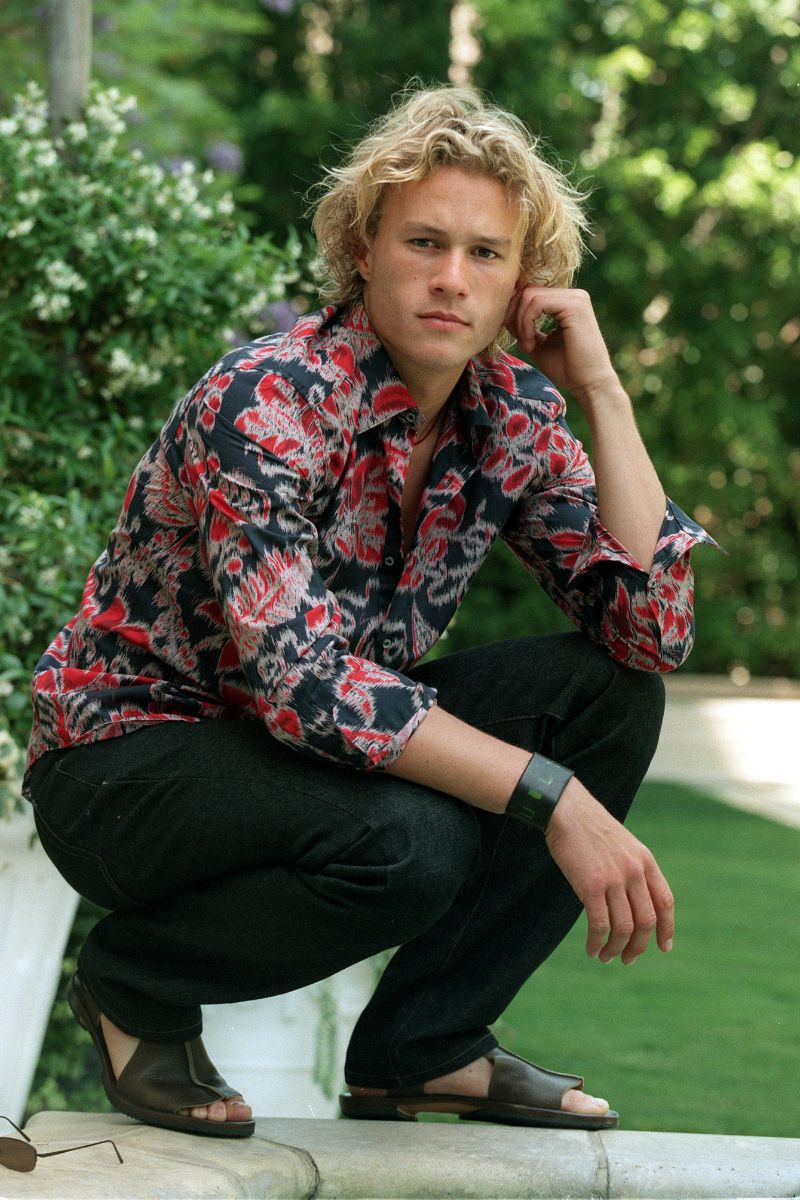 Heath Ledger was an Australian actor who rose to international stardom with his roles in films such as The Dark Knight, The Imaginarium of Doctor Parnassus, 10 Things I Hate About You, Casanova, and Brokeback Mountain.

He was known for his powerful performances, commitment to his craft, and natural charisma.

Ledger was an avid chess player.

His unexpected death in 2008 at the young age of 28 shocked the world. 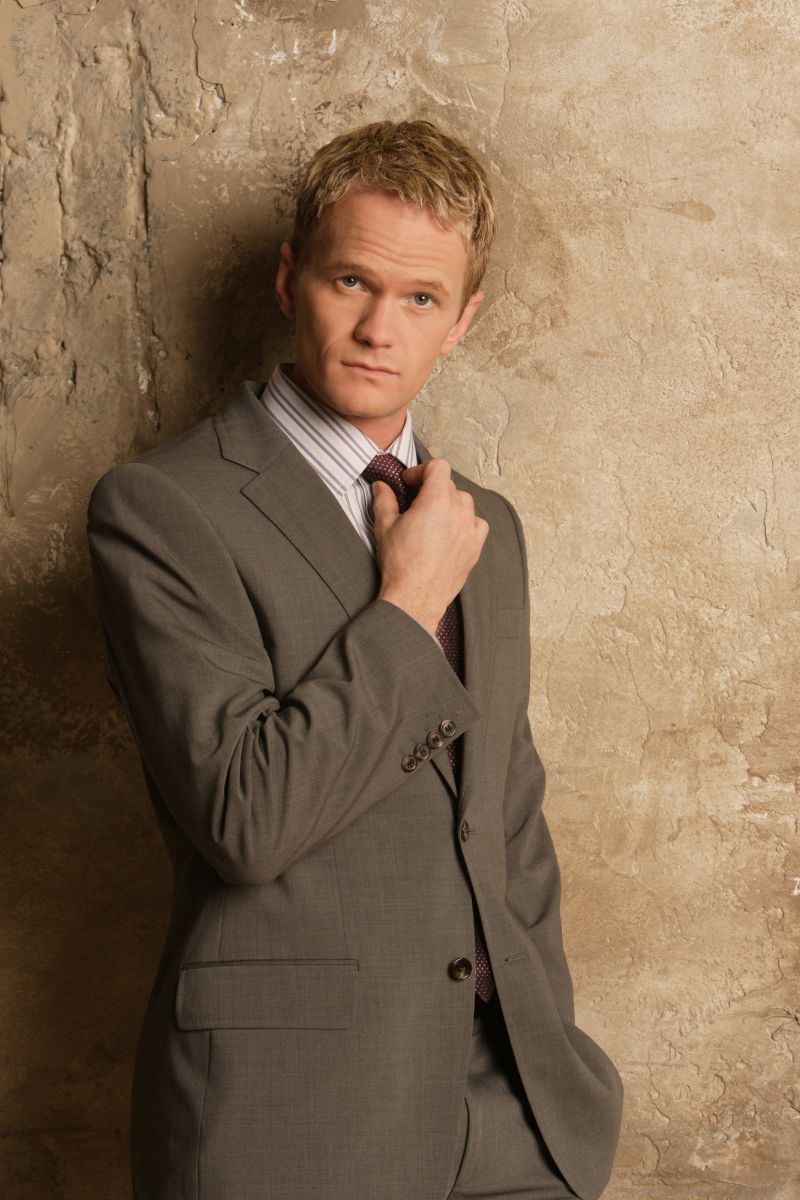 Neil Patrick Harris is an actor, producer, singer, and writer who first gained fame as a child star.

He has since gone on to immense success in both stage production and television.

His most celebrated roles include that of Barney Stinson on the classic sitcom How I Met Your Mother, Dr. Horrible in Joss Whedon’s musical web series Dr. Horrible’s Sing-Along Blog, Carl Jenkins in Starship Troopers, and Count Olaf in Netflix’s adaptation of A Series of Unfortunate Events.

Harris won various awards over the years, including five Emmy Awards and one Tony Award.

Here’s a quick recap of the 20 famous blonde actors:

READ THIS NEXT: Argentinian Soccer Players