Barbara Luna (birth name – Barbara Ann Luna) is an American actress who appeared in the daytime dramas One Life to Live, Sunset Beach, and Search for Tomorrow. She also performed as Lt. Marlena Moreau in Star Trek: The Original Series.

She has Spanish, Portuguese, Italian, Hungarian-Jewish, and Filipino ancestry. Barbara said for The Gazette about her parents:

”My father was born in Manila and his mother was from Spain.”

During high school, Barbara was cast in South Pacific, a Broadway musical composed by Richard Rodgers.

In 1949, Luna was cast as one of Ezio Pinza’s children in South Pacific.

In 1958, she was cast in four episodes of the action-adventure western series Zorro. She said for The Spectrum:

”I had to audition for ‘Zorro’ like it was a Broadway show, since I was required to sing, dance, and act.”

In 1959, Barbara played Emelia in Westinghouse Desilu Playhouse, Fawn in The Texan, and Tina in Cry Tough.

In 1960, Luna had the role of Cayetena Losaro in Bonanza — the second-longest-running western TV series in the US. 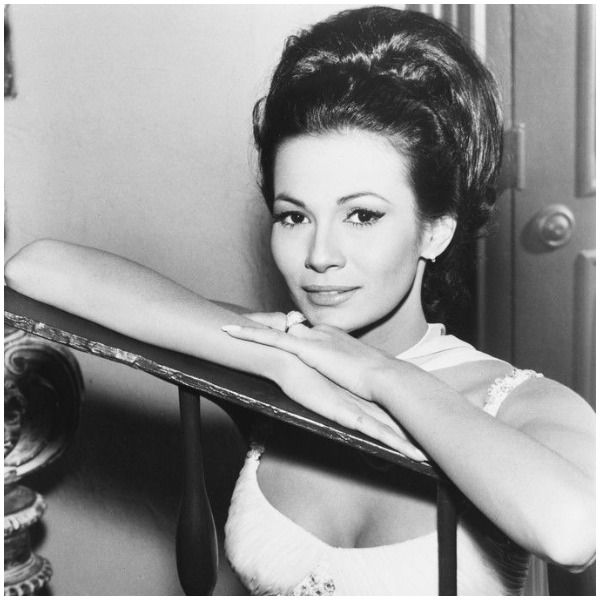 Luna once appeared as Lt. Marlena Moreau in Star Trek: The Original Series: Mirror, Mirror  — a science-fiction TV series that follows the adventures of the starship USS Enterprise. In a later interview, Luna recalled about Star Trek:

In another interview, Barbara confessed:

”The producers probably wanted to kill me because around the fourth day of shooting I woke up with strep throat.”

In 2004, Barbara starred as Veronica in the episode “In Harm’s Way” in the Star Trek: New Voyages, a fan-created science fiction web series set in the fictional Star Trek universe.

In 2013, Barbara had a role as Sue Muru in the TV series ”The Adventures of Superseven.” In 2015, she performed the same character in Superseven Unchained, while in 2016, Luna starred as Sue Muru in one episode of The Sandra West Diaries.

On December 17, 1961, Barbara Luna married actor Doug McClure (passed away on February 5, 1995) who is best known for his role in the western TV series The Virginian. They divorced in 1963.

Luna earned most of her wealth from performing in over 108 movies and TV series, including:

In addition, she appeared as Lieutenant Marlena Moreau in an episode of Star Trek: The Original Series, titled – “Mirror, Mirror.” Therefore, Barbara Luna has an estimated net worth of $4.5 million.

READ THIS NEXT: Who is Sam Claflin?