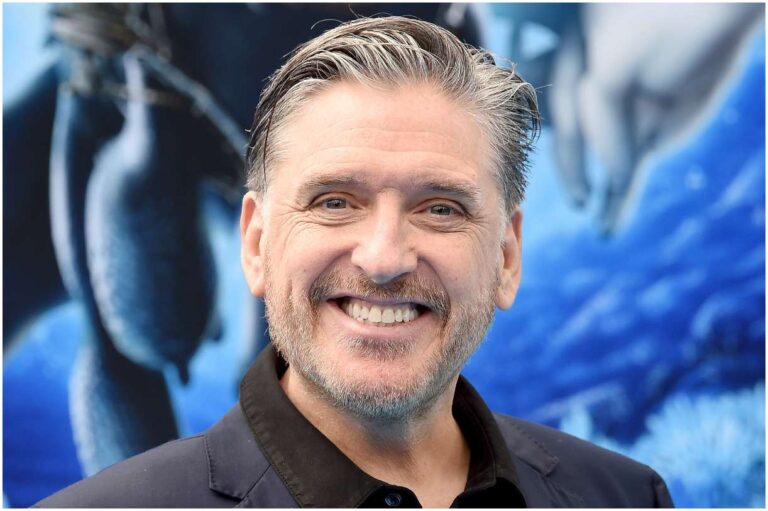 Craig Ferguson is a Scottish-born American voice artist, television host, author, actor, and stand-up comedian, who was the host of CBS’s The Late Late Show for ten years.

Ferguson was born on May 17, 1962, in Glasgow, Scotland, the UK to Janet and Robert Ferguson.

His younger sister, Lynn Ferguson Tweddle, is a Scottish actress and writer who was the voice of Mac in ”Chicken Run.”

At age 16, Craig dropped out of high school.

At some point, he was a drummer in the band Exposure.

Ferguson made his directorial debut with I’ll Be There in 2003.

He debuted his first novel ”Between the Bridge and the River” in 2006.

In 2008, Craig and Brooke Shields co-presented the Emmy Award for ”Outstanding Lead Actress in a Drama.”

In 2010, Ferguson was the voice of Gobber the Belch in How to Train Your Dragon, a 3D computer-animated fantasy film.

On June 11, 2013, he received the Peter Ustinov Comedy Award by the Banff World Media Festival.

From 2014 to 2017, Ferguson hosted the syndicated game show Celebrity Name Game. In 2015 and 2016, he won an Emmy Award for Outstanding Game Show Host for his work on the game show.

”He infused the broadcast with tremendous energy, unique comedy, insightful interviews and some of the most heartfelt monologues seen on television,” said CBS Entertainment Chairman Nina Tassler.

He started The Craig Ferguson Show on the Comedy Greats channel in February 2017.

Also, he has another son, named Liam James Ferguson (b, on January 31, 2011) with Megan Wallace Cunningham.

”If I do something I enjoy, it’s infectious.” (AJC)

”I realized women and humor were linked very closely.”

”The truth is, I think I’m a very impatient person and not good with preparation.”

His comedy influences include:

Ferguson has several tattoos which include:

Craig had become a vegan after watching the 2011 documentary Forks Over Knives. The documentary includes an overview of the 20-year China–Cornell–Oxford Project. Craig said:

”I watched this documentary about veganism and I went AH! And I’ll give it a try.”

He has made guest appearances on:

He is a fan of Scottish football team Partick Thistle F.C.

Ferguson earned most of his wealth from serving as the host of the CBS late-night talk show The Late Late Show with Craig Ferguson from 2005 to 2014.

He has also performed in over 71 movies and TV shows, including – Winnie the Pooh, Sean Saves the World, Niagara Motel, Brave, Lenny the Wonder Dog, How to Train Your Dragon, Web Therapy, Lemony Snicket’s A Series of Unfortunate Events, Hot in Cleveland, Kick-Ass, The Ugly Truth, Born Romantic, American Dad!, Chain of Fools, and Urban Myths.

Additionally, he has written three books:

Moreover, Ferguson made money by being a writer, producer, and director. Therefore, Craig Ferguson has an estimated net worth of $35 million.

READ THIS NEXT: Who is Brock O’Hurn?