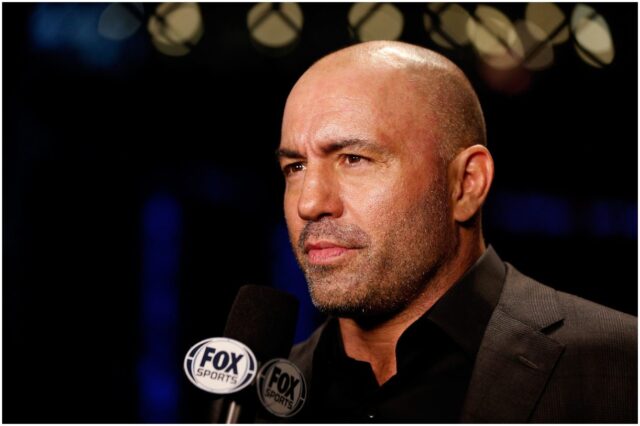 His parents divorced when he was five.

At age 13, Rogan started practicing martial arts since, as a kid, he was ”terrified of being a loser.”

Joe graduated from Newton South High School in Massachusetts in 1985.

At age 19, Rogan won the US Open Championship taekwondo tournament as a lightweight.

After high school, he attended the University of Massachusetts Boston but didn’t graduate.

On August 27, 1988, Rogan had his first stand-up act at Stitches comedy club in Boston.

Rogan became the host of the reality show ”Fear Factor” in 2001.

In 2010, Joe was the presenter in DMT: The Spirit Molecule, a documentary film based on a book by Dr. Rick Strassman.

Actor Duncan Trussell and Rogan co-hosted ”Joe Rogan Questions Everything,” a TV series that appeared on the SyFy network in 2013 about extraordinary mysterious subjects.

Since 2013, Jamie Vernon started to work for the podcast – initially as Brian Redban’s assistant.

Brendan Schaub is a frequent guest on The Joe Rogan Experience podcast. After Schaub lost via TKO to Travis Browne at UFC 181 (2014), Rogan said to Brendan:

”You have no fluidity. When I look at the performances, you are not an elite fighter.”

Comedian Ron White also appeared several times on the podcast. Check here the podcast, where White talks with Rogan about the effects alcohol has on you when you go to a casino.

Other famous people that appeared on his podcast are:

The podcast was listened to by over 11 million people in January 2015. It has a YouTube channel (PowerfulJRE) with over 8.59 million subscribers and over 2.2 billion views.

In September 2018, Elon Musk smoked marijuana with Joe on the podcast. The next day, Tesla stock plunged 9 percent. On the other hand, PowerfulJRE (his YouTube channel) has gained around 30,000 subscribers.

On May 19, 2020, Joe announced that from September 2020, his podcast will be exclusive to Spotify. He explained for BBC:

”It will remain free, and it will be the exact same show.”

Joe went on to say:

”It’s just a licensing deal, so Spotify won’t have any creative control over the show.”

In October 2019, they bought a home in Bell Canyon, California for $5 million.

In addition, he is a stepfather to Jessica’s daughter from a previous relationship.

”Surround myself with funny people, and make sure everyone has a good time and works hard.”

”I’m obsessed to extreme winners because I think there’s a madness to it.”

”Smile to as many people as you can, and have them smile back at you.”

Joe has vitiligo on his feet and hands.

At the start of 2020, he ate nothing but meat for a month which gave him severe diarrhea. In an Instagram post from January 31, 2020, Rogan said that he ”lost 12 pounds and gained a lot of energy.”

Cardiologist Joel Kahn who appeared on his podcast in 2018 said that ”he’s funded by meat companies.”

In the 2012 US presidential campaign, Rogan endorsed Ron Paul.

Rogan earned most of his wealth from managing his podcast. His deal with Spotify is estimated at around $100 million.

According to Michael Bisping, Rogan earns around $75,000 per episode of his podcast. From ads on YouTube, Rogan has earned over $5 million.

Rogan has released several comedy specials, such as Strange Times, Triggered, Rocky Mountain High, Live from the Tabernacle, Live from the Belly of the Beast, and “Voodoo Punanny.”

He also makes money from Onnit.

Moreover, Joe has appeared in several movies and TV series, including Zookeeper, NewsRadio, Hardball, Just Shoot Me!, and Here Comes the Boom.

Therefore, American podcaster Joe Rogan has an estimated net worth of $110 million.