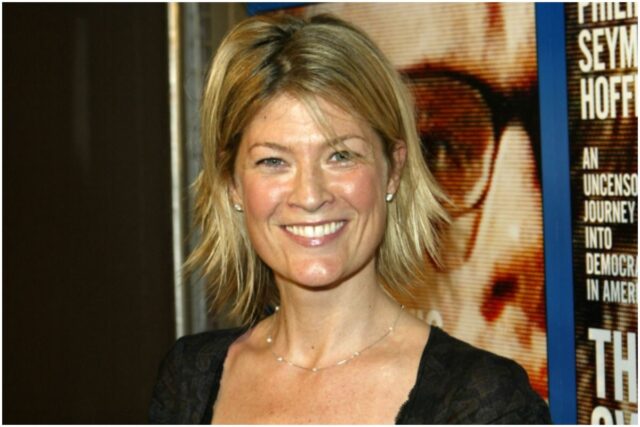 Her parents are Joan (née Weitemeyer) and Douglas Wheeler-Nicholson.

In 1985, Wheeler-Nicholson performed as Gail Stanwyk in the neo-noir comedy thriller Fletch.

From 1987 to 1988, she portrayed Rebecca Giswold in 13 episodes of the TV series Beverly Hills Buntz.

In 1995, Dana appeared in one episode (The Doodle) of Seinfeld.

In 2001, she starred as Ilene Pringle in All My Children, a television soap opera created by Agnes Nixon.

From 2007-2011, Wheeler-Nicholson performed as Angela Collette (wild mother of Adrianne Palicki’s wild Tyra) in the NBC drama Friday Night Lights. The series was inspired by a book by H. G. Bissinger.

“I loved the part probably more than anything I’ve ever done,” Dana told Austin Chronicle about her character. She went on to say: “She was the pretty girl in school who got married too young and got stuck there.”

From 2014 to 2015, Dana portrayed Beverly O’Connor (the sister of Deacon Claybourne and the late mother of Scarlett O’Connor) in 12 episodes of Nashville.

Wheeler-Nicholson earned most of her wealth from performing in over 64 movies and TV series, including – Grey’s Anatomy, Chicago Med, Law & Order: Special Victims Unit, Dance with the One, The Good Guys, McBride: Anybody Here Murder Marty?, A Gifted Man, Friday Night Lights, The Battle of Shaker Heights, All My Children, What’s the Worst That Could Happen?, The Single Guy, Miss Arizona, Sex and the City, Grounded for Life, and The Night We Never Met.

Therefore, actress Dana Wheeler-Nicholson has an estimated net worth of $0.7 million.

READ THIS NEXT: Who is Madelyn Cline?