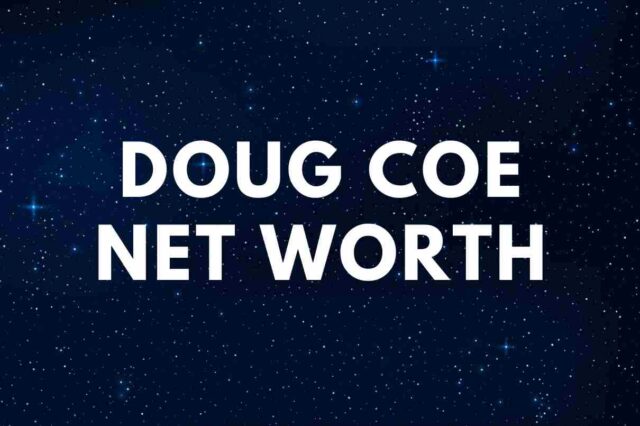 Doug Coe was the associate director of The Fellowship, an organization that built international influence and has courted political leaders.

Hillary Clinton called him “a genuinely loving spiritual mentor and guide to anyone, regardless of party or faith, who wants to deepen his or her relationship with God.”

At the same time, George H.W. Bush praised Doug for his “quiet diplomacy, I wouldn’t say secret diplomacy” at the 1990 National Prayer Breakfast.

In 1959, Doug began working for the Fellowship, also known as The Family, a political and religious organization founded in 1935 by Abraham Vereide — a Norwegian immigrant and traveling preacher.

When Abraham Vereide died in 1969, Doug succeeded him as The Fellowship’s leader.

The organization mission statement is:

”To develop and maintain an informal association of people banded together, to go out as ambassadors of reconciliation, modeling the principles of Jesus, based on loving God and loving others.”

During a 2002 interview with the LA Times, Doug said that The Fellowship’s mission is to create a global “family of friends” by spreading Jesus’ message to people in positions of power. He also said:

”If you want to help people, Jesus said you don’t do your alms in public.”

The organization has been described as one of the most secretly funded ministries and most politically well-connected in the US.

Each year, the organization sponsors a 3-day event called the National Prayer Breakfast, during which politicians are invited to each year.

The Fellowship’s known participants include high-ranking politicians from across the world, ambassadors, heads of religious organizations, corporate executives, and US government officials.

In 1944, the organization held its first joint Senate–House prayer breakfast meeting, while in 1953, President Dwight D. Eisenhower attended the meeting.

Here you can read his remarks at the 68th Annual National Prayer Breakfast.

In 2005, Coe was named one of the nation’s 25 most influential evangelicals by Time magazine.

Coe died on February 17, 2017, in Annapolis, Maryland, USA, from complications of a heart attack.

He had a brief hospitalization following a stroke and a heart attack.

Note – the couple had one more child, Jon, who died of cancer before Coe’s death.

When he died, Doug was surrounded by his family.

”I am so proud of Doug and his decades of service to our Lord, constantly pointing the way to Jesus rather than elevating himself.”

”Doug Coe had a tremendous ministry that touched the lives of so many with the love of Jesus Christ.”

”As in life, he wanted his passing to point others to Jesus, to whom he faithfully pointed the way for others rather than elevating himself, over a remarkable career of behind-the-scenes influence spanning nearly seven decades.”

The docu-series was executive produced by Jeff Sharlet.

It is based on Sharlet’s 2009 book – ”The Family: The Secret Fundamentalism at the Heart of American Power.”

The Fellowship’s representatives stated about the documentary:

”Though the Netflix docudrama series mischaracterizes the work of The Fellowship and attempts to portray people of faith in a bad light.”

Coe earned most of his wealth from being the leader of the US-based religious organization – ”The Fellowship.”

Doug was also an ordained ruling elder in the Presbyterian Church.

Therefore, at the time of his death, Doug Coe had an estimated net worth of $5 million.

READ THIS NEXT: Who is Michael S. Schmidt?