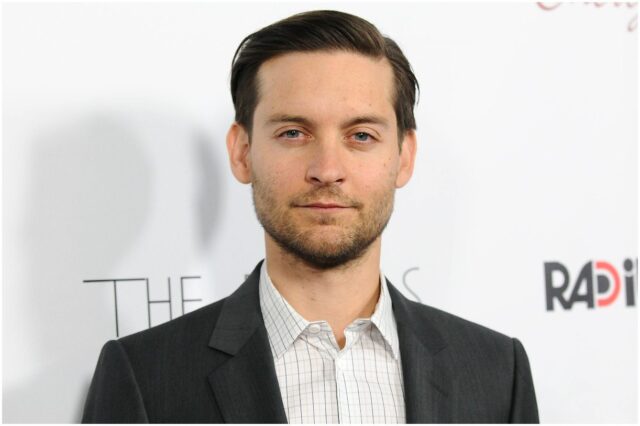 Tobey Maguire is an American actor and film producer who is best known for his role as Peter Parker in the Spider-Man trilogy.

His father, Vincent Maguire, was a cook, while his mother has acted in Hollywood for years.

In order to be able to match the lithe athleticism of Spider-Man, Maguire spent about 6 months taking weight training and being involved in a martial arts and gymnastics program.

Spider-Man grossed more than $821 million worldwide at the box office. It was the first film to reach $100 million in a single weekend. Tobey said about performing in Spider-Man:

Maguire went on to say:

”I love working with the cast and the crew and especially with Sam [Raimi].”

Tobey won the 2002 Teen Choice Award for Choice Movie Actor: Drama/Action-Adventure for his performance in Spider-Man.

Spider-Man 2 grossed over $789 million worldwide, while Spider-Man 3 earned $890 million. At the time of its release, Spider-Man 3 was the most expensive film ever made.

The Spider-Man series was set for a back-to-back release of two additional Spider-Man movies, however, the project was ditched due to disagreements.

In 2006, Tobey starred in the Oscar-nominated film, ”The Good German.”

In 2009, Maguire performed alongside Natalie Portman and Jake Gyllenhaal in the Jim Sheridan-directed war drama Brothers.

In 2014, he produced the biographical drama film ”Pawn Sacrifice.” The film has grossed $5.6 million worldwide.

In 2002, Maguire was engaged to Rashida Jones.

In 2016, Tobey and Meyer announced their separation after nine years of marriage.

In a joint statement at the time, they said:

”As devoted parents, our first priority remains raising our children together with enduring love, respect and friendship.”

Maguire and Meyer have two children: daughter Ruby and son Otis. Meyer said in an interview:

”I think the greatest way to learn is to learn by someone’s example.”

”It’s always difficult to find projects that I want to get involved in, so that’s a continuous challenge.”

”I love movies, and I want to work in every genre and I just want to work with great filmmakers that I respect and admire.”

”I know there’s all this talk about my charisma deficit and I have to admit that I’m not a wild, in-your-face actor.”

”I am a blank slate – therefore I can create anything I want.”

Maguire was one of many celebrities, along with Leonardo DiCaprio and Ben Affleck, who participated in Molly Bloom‘s high-stakes poker games in the mid-2000s.

Tobey was briefly dropped from Spider-Man 2 and almost replaced by Jake Gyllenhaal after Maguire claimed that he had injured himself while filming Seabiscuit.

Maguire is a vegan. In 2002, he was voted the world’s sexiest vegetarian by PETA.

In 2017, he bought a house in West Hollywood for $3.375 million. In 2019, Maguire purchased a mid-century residence in Brentwood for 6.9 million. The previous owner was producer Nina Jacobson.

Maguire earned most of his wealth from starring in the Spider-Man series.

For his performance in Spider-Man, Tobey was paid $4 million, while for the two sequels to Spider-Man, Maguire earned $32.5 million.

His other major films include The Great Gatsby, Brothers, The Good German, Fear and Loathing in Las Vegas, Seabiscuit, Deconstructing Harry, Four Tales of Two Cities, Wonder Boys, The Cider House Rules, Pawn Sacrifice, The Ice Storm, Ride with the Devil, and Pleasantville.

Tobey has also worked as a voice actor for video games, including first-person shooter Call of Duty: Modern Warfare 3. Therefore, Actor Tobey Maguire has an estimated net worth of $80 million.

READ THIS NEXT: Who is Matt Damon’s wife?