Jess Lockwood is an American rodeo cowboy who participates in the sport professionally and who specializes in bull riding.

Lockwood earned most of his wealth from his career as a professional rodeo cowboy.

For winning the PBR World Champion title in 2017, Lockwood received a $1 million prize. In early 2020, Jess had already passed $4 million in earnings.

In 2021, Jess signed a deal with Bobcat Company for a marketing partnership. “We are excited to have Jess join our team,” said Ness Owens — vice president of marketing at Doosan Bobcat North America.

Therefore, Jess Lockwood has an estimated net worth of $7 million. 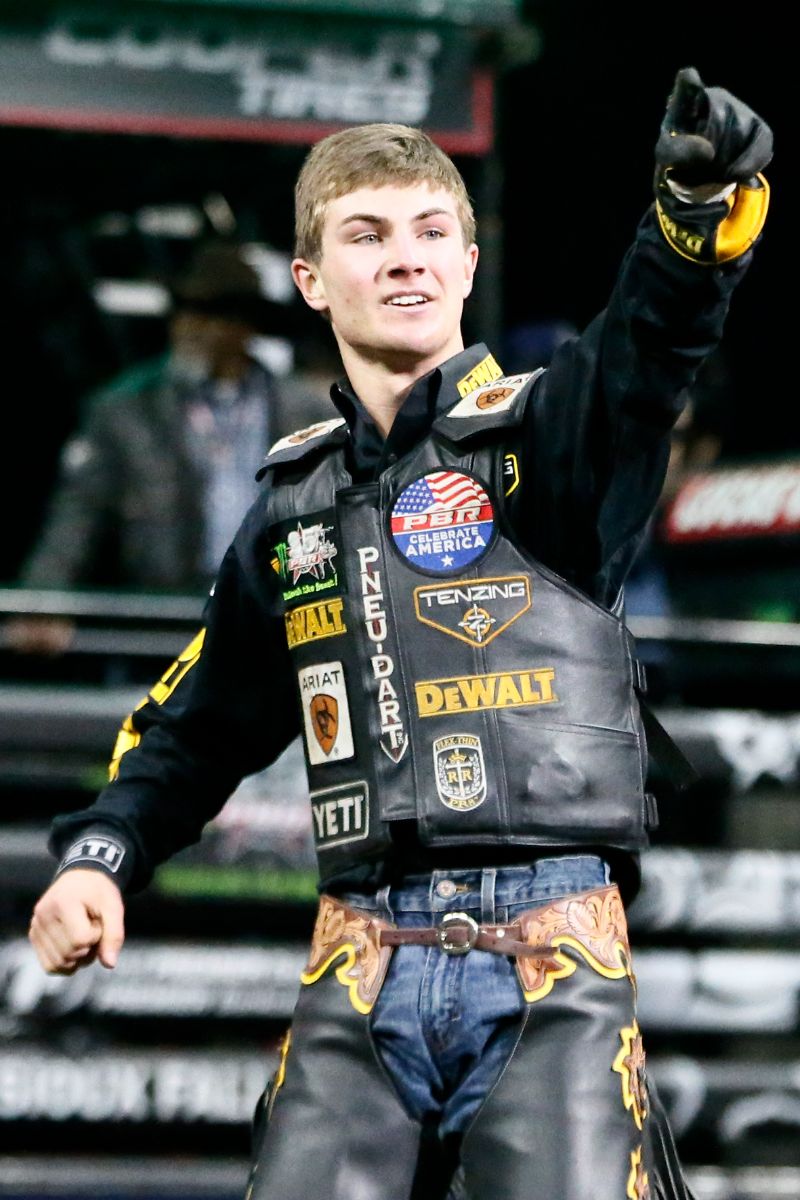 His parents are Ed and Angie Lockwood.

Jess follows in his father’s footsteps; the elder Lockwood was also a professional bull rider, holding the Big Sky, MT regional championship and also being a saddle bronc rider champion.

Lockwood got his start in the ‘bull’ riding career from an early age, riding on his father’s back as his father would emulate bucking. His parents would also conduct mock TV interviews with him after his ‘rides.’

Lockwood moved onto the real thing with calves and sheep, all under the watchful eye of his father.

Once he was older and more confident, he began practicing on steers and bulls.

Lockwood’s first eventful year was 2016, when he won a PBR title in March of that year.

He placed well in several other competitions and, despite suffering a broken finger on his riding hand, managed to snag PBR’s “Rookie of the Year 2016” award.

In 2017, Lockwood distinguished himself further despite suffering some serious injuries.

He managed to win five events throughout the year, and became the youngest PBR champion in history when he placed first at the Las Vegas PBR World Finals.

This was despite having suffered grievous injuries after being thrown and stomped earlier in the year; Lockwood had broken four ribs and suffered a punctured lung and a lacerated kidney. 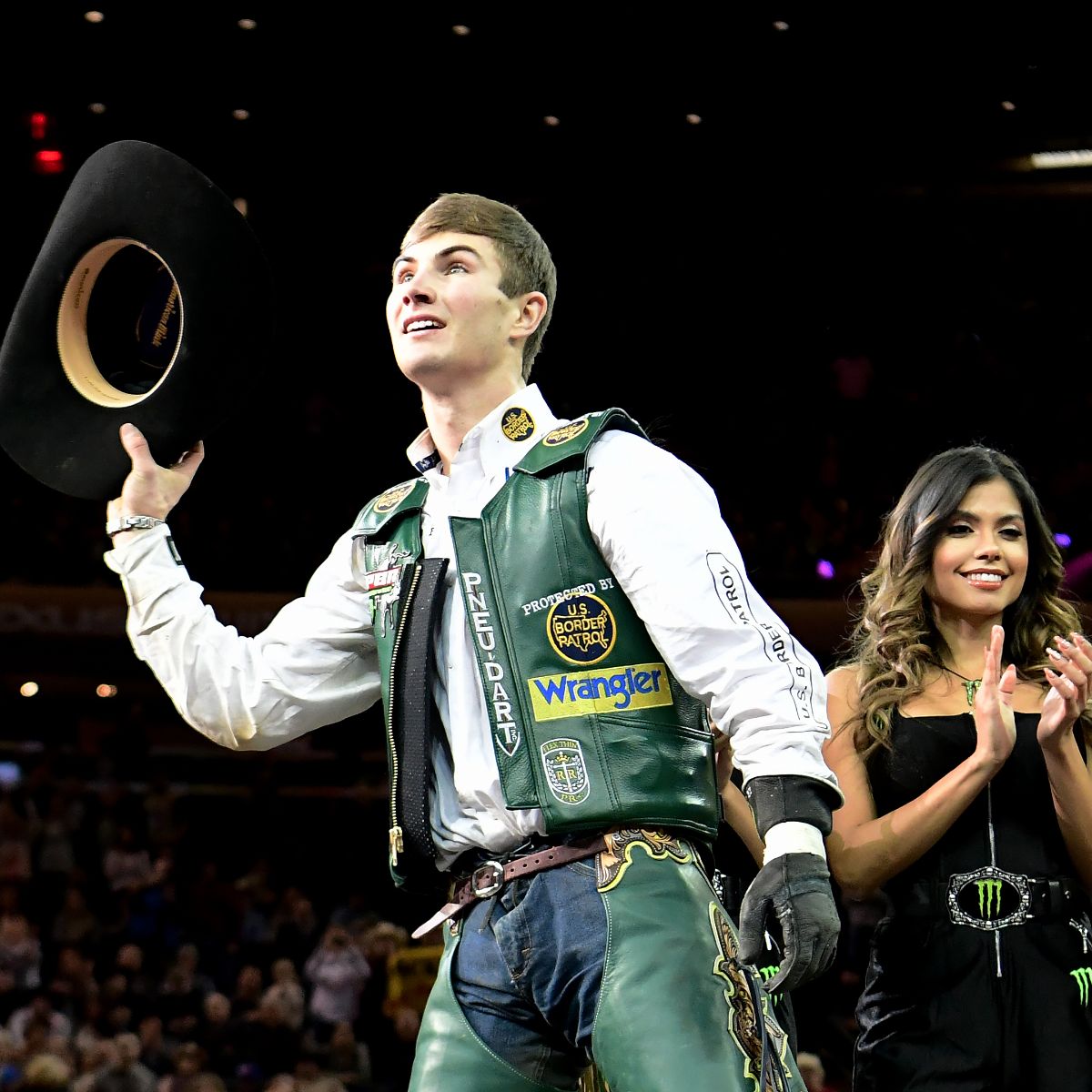 2018 was a less eventful year for Lockwood, despite his winning four events.

Despite further potentially career-ending injuries in 2019, Lockwood again stood out from the crowd with an amazing 14 event wins.

One of these was his second PBR World Championship, making him the youngest-ever rider to claim the title twice. All of this was despite suffering a broken collarbone at the end of a bull’s horn, and a cervical sprain that was almost a broken neck.

Lockwood also suffered a serious injury, having his left hamstring torn from his hip bone and necessitating surgery and a six-month recovery period.

Failed to qualify for the PBR World Championships 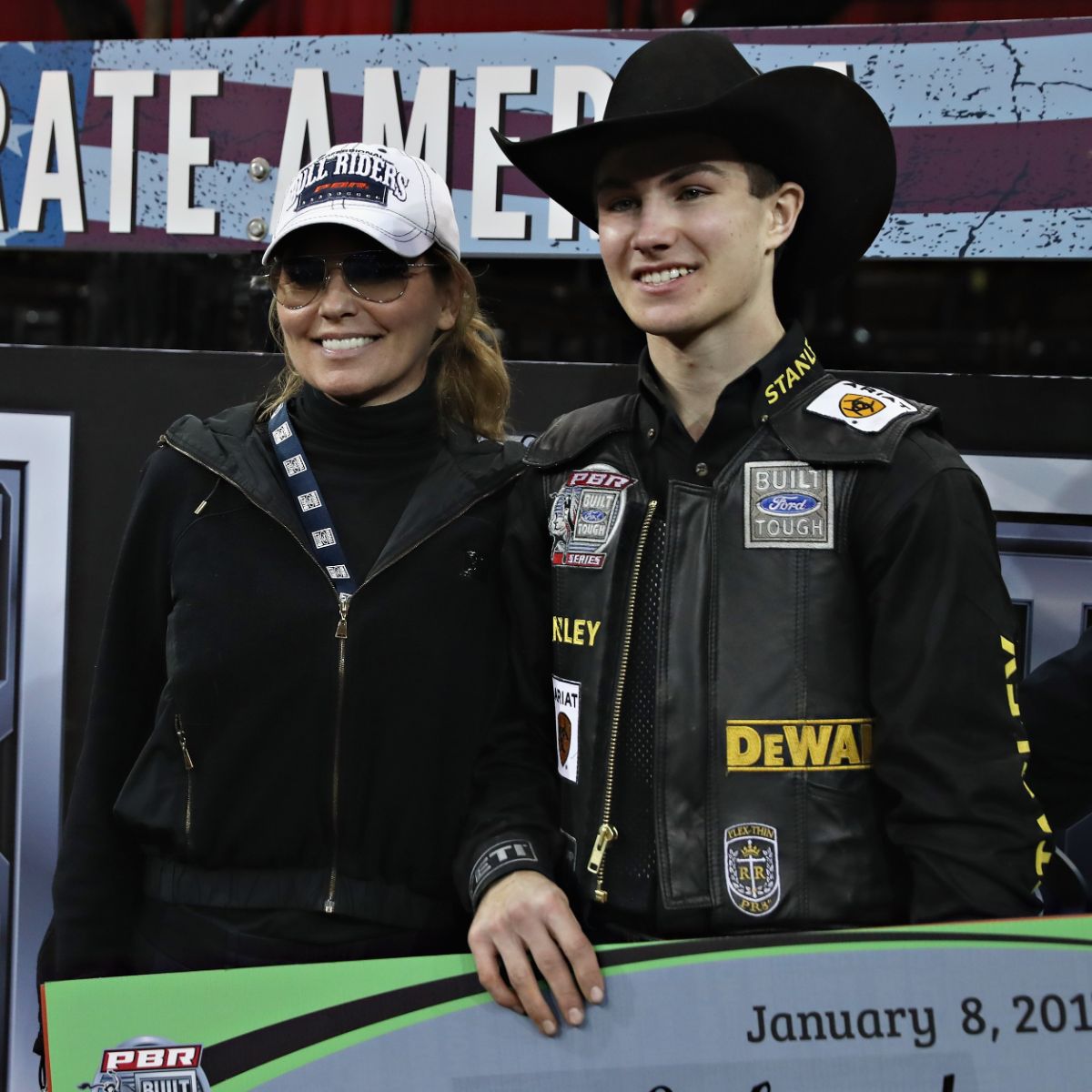 2021 was Lockwood’s worst year since turning pro in 2018; riddled with injuries and misfortune, he failed to qualify for the PBR World Championships and was forced to take a step back after repeated new injuries and the return of old ones.

Lockwood suffered a broken jaw and several broken fingers, and a niggling groin injury turned out to be a separated pelvis that may have been a result of the previous year’s hamstring injury.

In 2022, Lockwood failed again to qualify for the PBR World Championship, after a broken shoulder took him out of the running for several events.

He was also recently diagnosed with a potentially torn posterior cruciate ligament in his knee, further setting back any future aspirations the young rider might have for a third PBR World Championship.

Jess Lockwood dated professional rodeo rider Hailey Kinsel for more than a year, and the two married at his parents’ ranch in 2019. However, Kinsel has since stopped using Lockwood’s name, and her World Professional Rodeo Association profile lists her as single, so it is speculated that the two have divorced.

How much is Jess Lockwood worth?

Jess Lockwood has an estimated net worth of $7 million.

How old was Jess Lockwood when he won his first PRB title?

READ THIS NEXT: Who is Sydel Curry’s husband?