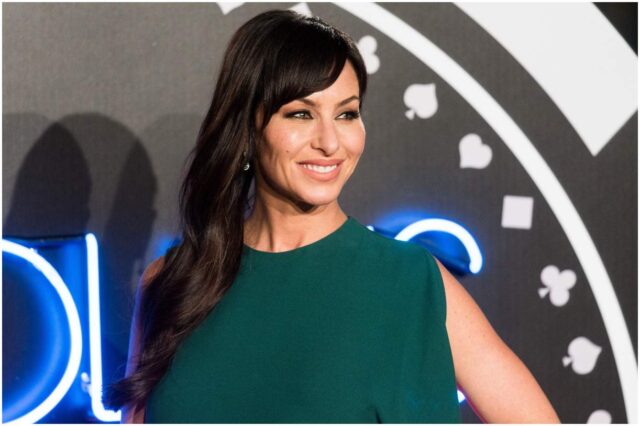 What is Molly Bloom’s net worth?

Molly Bloom, nicknamed ”Poker Princess,” is an American former poker entrepreneur who was arrested for hosting an illegal, high-stakes poker game that included a number of A-list celebrities.

Her mother was a professional fly-fisher with her own line of clothing, while her father is a professor at Colorado State University and a clinical psychologist.

Molly has two brothers, one is a two-time Olympian, and the other is a Harvard-educated cardiothoracic surgeon. She said about her family:

“Literally if you weren’t the best in the world in my family, it wasn’t impressive.”

At some point, Molly ranked third in Nor-Am Cup for women’s mogul’s skier. Bloom decided to step away from the sport since she wanted to find a new path in life.

In 2003, she moved to Los Angeles, driven to succeed. There, she found a job as a waitress, but she was fired after one day. Her boss said to her:

“We’re firing you, because you’re the worst waitress we’ve ever seen.”

Her boss went on to say:

“But, you show up early, you leave late, and you work hard. And so, I’m offering you a job as my personal assistant.”

After some time, she started to serve drinks at his private poker game.

“The fact that every man was treated like James Bond only made the game a hotter ticket.”

In 2010, she was approached by the Russian Mafia, offering protection in exchange for cash. In her words:

“They approached me in NYC and wanted to partner with me. I said ‘no’ and they assaulted me.”

“They stuck a gun in my mouth. It turned out to be someone in organized crime.”

In the last months of her career running games, Bloom started to take a percentage of the pot. She acknowledged – ”That’s where I crossed that little gray line.”

In 2011, one of her poker games was shut down as part of an investigation into an illegal Ponzi scheme by the FBI.

In April 2013, she was charged over a $100m illegal gambling ring and money laundering operation. Molly said:

“I was assaulted by a mobster and it was just so stressful that finally when the Feds raided my game – it was terrifying but there was a part of me that was relieved.”

Prosecutors offered to restore Bloom’s accounts and even clear her record if she turned over the names of the people that participated in her poker games.

In 2014, she published her memoir (”Molly’s Game: The True Story of the 26-Year-Old Woman Behind the Most Exclusive, High-Stakes Underground Poker Game in the World”) while living at her mother’s home in Keystone, Colorado.

She wrote in the book:

“Growing up, my parents made sure we had what we needed, but it was always discount basics. All of a sudden I could buy myself whatever I wanted.”

“I bought a Bentley, I chartered private planes, I had a staff, a driver, and I rented $100,000 homes for summers in the Hamptons and in Malibu.”

Her memoir was released a month after she was sentenced to a year’s probation.

In 2017, a movie about Molly directed by Aaron Sorkin was released.

She was portrayed by Jessica Chastain. This film is based on her autobiographic book. Bloom said about the film:

“Sorkin wrote and directed an extraordinary film. A lot of what makes it so special is that he allowed my character to be me, to be flawed.”

“It took me three and a half years to go from being sentenced in federal court to going to the Oscars.”

Celebrities That Played In Molly’s Game

In her book, Molly named several celebrities who frequented her game, including Leonardo DiCaprio, Tobey Maguire, and Ben Affleck.

She wrote that DiCaprio had a “strange” poker style. “It was almost as if he wasn’t trying to win or lose.”

Matt Damon is one of the most ”down-to-earth guys I have ever met,” says Molly.

On his first night, Rick Salomon enquired Ben Affleck about his former fianceé – ”Hey, yo, did Jennifer Lopez’s a## have cellulite on it or was it nice?” After a tense silence, Ben responded: “It was nice.”

She also wrote about Affleck – ”He would leave at a reasonable hour. He never lost a great deal. He usually won.”

Bloom said that Tobey Maguire ”was the worst tipper, the best player, and the absolute worst loser.”

In a recent interview, Molly said that the celebrities who participated in her games have never reached out to her following her arrest.

She is prohibited from entry into Canada.

Bloom earned most of her wealth from the poker games she organized. On a good night, Molly would make about $150,000. However, when she was arrested, the FBI took most of her money.

In 2018, she said – ”I’m still in debt, I’m still upside down. But I have faith if I just keep suiting up and showing up, moving the needle forward, it’s going to be resolved.”

Bloom also makes money from selling her book (Molly’s Game: The True Story), royalties from the film, and from the motivational conferences she keeps.

Therefore, American entrepreneur Molly Bloom has an estimated net worth of $2 million.

READ THIS NEXT: Tupac All Eyez on Me Featured Karl Kani Jeans