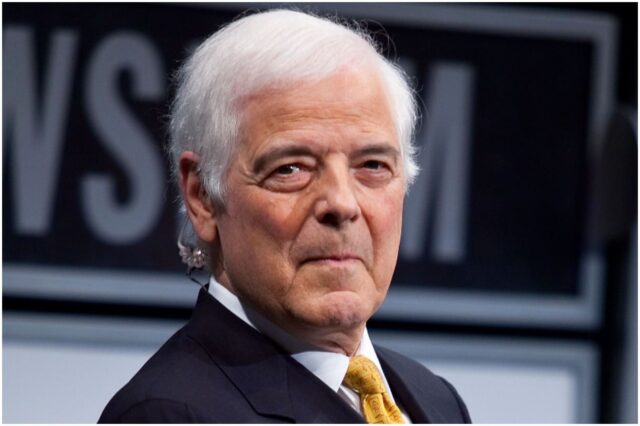 Nick Clooney (birth name – Nicholas Joseph Clooney) is an American television host, anchorman, and journalist, who is best known for hosting The Nick Clooney Show and The Money Maze.

He is the father of American actor George Clooney.

At George’s birth, Nick was working as an air personality on Lexington, Kentucky station WKYT.

His parents had English, Irish, and German ancestry.

Nick is the middle brother of actresses and singers Betty Clooney and Rosemary Clooney.

He served as a Corporal in the U.S. Army. During his time in the army, Clooney was a disc jockey in the American Forces Network in Germany.

In the 1960s, he worked for five years as a news anchor at WKYT-TV in Lexington, Kentucky.

Later, he was the host of The Nick Clooney Show – a local morning show with a variety and talk-show format.

In December 1974, he started to work as the host of the ABC daytime game show The Money Maze. The show was canceled on July 4, 1975. Soon, he went to work for WKRC-TV. Under Clooney’s leadership, WKRC-TV became a solid #1 in the local news ratings.

He also worked as a host on the FOX affiliate KSTU for a few years.

In 1994, Nick worked for a little while for an NBC affiliate WGRZ-TV in Buffalo, New York.

In 1999, Clooney returned to WSAI in Cincinnati.

After he lost the elections, Nick wrote for a column at The Cincinnati Post.

In 2007 and 2008, he served as the host of the Dayton Literary Peace Prize awards ceremony.

In 2008, Nick joined the faculty at American University in Washington, D.C.

In 2014, he appeared in The Monuments Men, a war film in which he performed – Cate Blanchett, Hugh Bonneville, Bob Balaban, Jean Dujardin, John Goodman, Bill Murray, Matt Damon, and  George Clooney. The film was written, directed, and produced by his son.

In 2019, he was the host of the Cincinnati Jazz Hall of Fame at Mount St. Joseph University.

He joined the non-profit corporation Sons of the American Revolution in 2021.

The couple has two children, Adelia and George.

His son George Clooney is a director and actor who had his breakout role in 1992 on TV’s ER as Dr. Doug Ross. In 2008, he was named UN Messenger of Peace to support peacekeeping efforts around the world.

In 2013, George received an Academy Award for Best Picture for producing Argo with Grant Heslov and Ben Affleck. In 2013, Sandra Bullock and George Clooney portrayed astronauts in Gravity, a film about a space mission that went terribly wrong.

In 2006, Nick and George traveled to Darfur, Sudan, and filmed a documentary named – ”A Journey to Darfur.” The documentary was broadcast on American cable TV as well as in France, Northern Ireland, Wales, Scotland, and England.

Nick has four grandchildren. Twins Alexander and Ella are Amal and George’s children.

After the twins were born, a representative of the Clooney family said:

“Ella, Alexander, and Amal are all healthy, happy and doing fine. George is sedated and should recover in a few days.”

CloserWeekly reported that George said about his children:

“They really come out with the personalities that they’re born with. They’re just completely different personalities, and they’re fun and smart.”

Clooney went on to say:

“I mean, they already can … do all their ABCs in Italian and in English, and I can’t do that in English.”

In another interview, George said:

“Everything changes when you have two kids on how you have to protect them.”

“My wife is taking the first case against ISIS to court, so we have plenty of issues – real, proper security issues – that we have to deal with on a fairly daily basis.”

“I have no idea what these folks are doing for a living, but it isn’t news.”

“I felt that if I had any clout, I should use it for good, for what I consider to be good.”

“Maybe three or four stories in your lifetime are life-changing and you go in as a reporter and come out as an advocate.”

He earned most of his wealth from working as a news director, managing editor, anchor, and reporter, in Los Angeles, Buffalo, Salt Lake City, Cincinnati, and Lexington. In addition, he was involved in politics.

Therefore, American anchorman Nick Clooney has an estimated net worth of 1.5 million.

READ THIS NEXT: Leslie Benzies & Everywhere