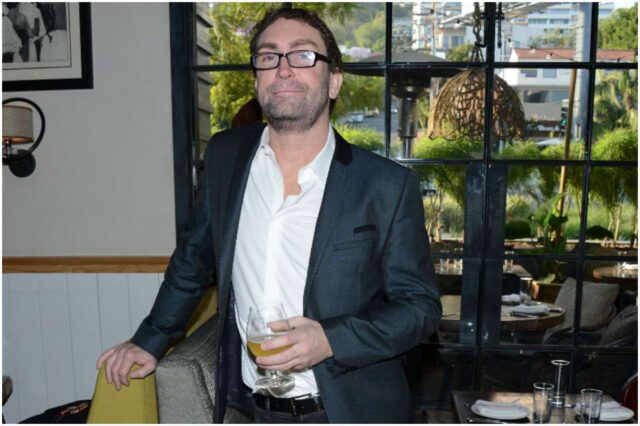 Leslie Benzies is a Scottish video game producer who is best known for developing the successful Grand Theft Auto series starting in 2001. Benzies was also the president of Rockstar North.

His father’s name was Leonard.

Leslie wrote and programmed his first game at age 11 after his father bought him a Dragon 32 (home computers that were built in the 1980s).

Leslie resigned on January 12, 2016, following a 17-month sabbatical that he took following the release of Grand Theft Auto V in 2013.

He said that all three parties worked together to force him out of Rockstar and terminate his royalty payments.

As evidence to back up the fact that he was forced out of Rockstar unlawfully after his sabbatical, Leslie submitted several e-mails between himself and Sam and Dan Houser.

Benzie also said that when he attempted to return to work in April 2015, he discovered that he had been locked out of the company building.

Rockstar Games’ lawyers have responded by claiming that Leslie’s lawsuit is “bizarre.”

In March 2018, 12 of his 18 claims were dismissed since the profit-sharing agreement Benzies signed doesn’t actually grant him a $150 million cut.

“In the absence of a fiduciary relationship, the claims for aiding and abetting breach of fiduciary duty, constructive fraud and negligent misrepresentation cannot stand.”

However, the court did rule that Leslie “remains entitled to receive certain royalties.”

Leslie’s litigation had come to an end on February 7, 2019. The settlement is confidential.

GTA is one of the biggest franchises, having sold over 225 million units.

All the GTA games in which Benzies was involved are:

He played a major role in the production of Red Dead Redemption, a Western action-adventure game that was developed by Rockstar San Diego.

Red Dead Redemption is played from a 3rd-person perspective in an open world.

It has shipped more than 15 million units.

Later, ”Royal Circus Games” has since been renamed ”Build a Rocket Boy Games.”

The company has studios in LA, Budapest, and Edinburgh.

”Everywhere” is set in an open world environment. The game is in development on Amazon Lumberyard – a free-to-download 3D engine.

According to Benzies, ”Everywhere” draws most of its influences from real life. According to the official website:

During an interview, Leslie said about the game:

”Everywhere has a lot of traditional game mechanics but we’re going for something more that draws inspiration from, well, everywhere.”

Benzies went on to say:

”Players are getting smarter and require more from their games, and we want players to have the real freedom to live in our worlds in the ways they want to.”

”We’re aiming to offer a huge variety of game modes and styles that not only tell our stories but also enable players to live in the identities and adventures they most want to explore.”

In a different interview, the former Rockstar North president said:

”While the game has multiple narratives, we also want players to create their own narratives that include characters with a real personality.”

”If we do this right, we’re going to give players the chance to really live out their fantasies, not just the limited fantasies that most games set up for them, and do so in a deeply immersive way.”

When asked about the influences in producing Everywhere, he responded:

”For Everywhere most of the influences are coming from the outside world. Every day I see or hear something and think, we need to have that in the game.”

In June 2014, Benzie announced a deal to purchase the St Stephen’s Church in Stockbridge, Edinburgh.

In 2005, Benzies and Sam Houser received a BAFTA Special Award.

Benzies earned most of his wealth from being the president of Rockstar North. He was the lead developer for all GTA games from GTA III to GTA V, including GTA Online.

READ THIS NEXT: Who is Kripparrian?