The land of Hollywood is a strange one.

We’ve seen megastars from all eras come together and create magic on the big screen, yet we’ve also seen some of the biggest names in the business absolutely flop and tank at the box office.

Two names who know exactly what it’s like to be at the very top of the mountain in Hollywood and also at the bottom looking up, are Ryan Reynolds and the late, great Burt Reynolds.

At the moment, Ryan Reynolds is one of the hottest names in Hollywood, and in his heyday, so was Burt Reynolds.

Both men have appeared in some of the most popular and successful movies in history, yet they’ve also had their fair share of box office flops.

Ryan, for example, is perhaps best known for his portrayal of Marvel Comic’s Deadpool, yet ironically his appearance as the superhero ‘Green Lantern’ is arguably his biggest flop.

Burt, however, is best known for his roles in ‘Deliverance’ and ‘Smoky and the Bandit.’ His biggest flop is probably 2005’s remake of the ‘Dukes of Hazard.’

While both are big names in Hollywood, because they share the same last name, people often ask if they are related.

So, is Ryan Reynolds related to Burt Reynolds?

Who was Burt Reynolds? 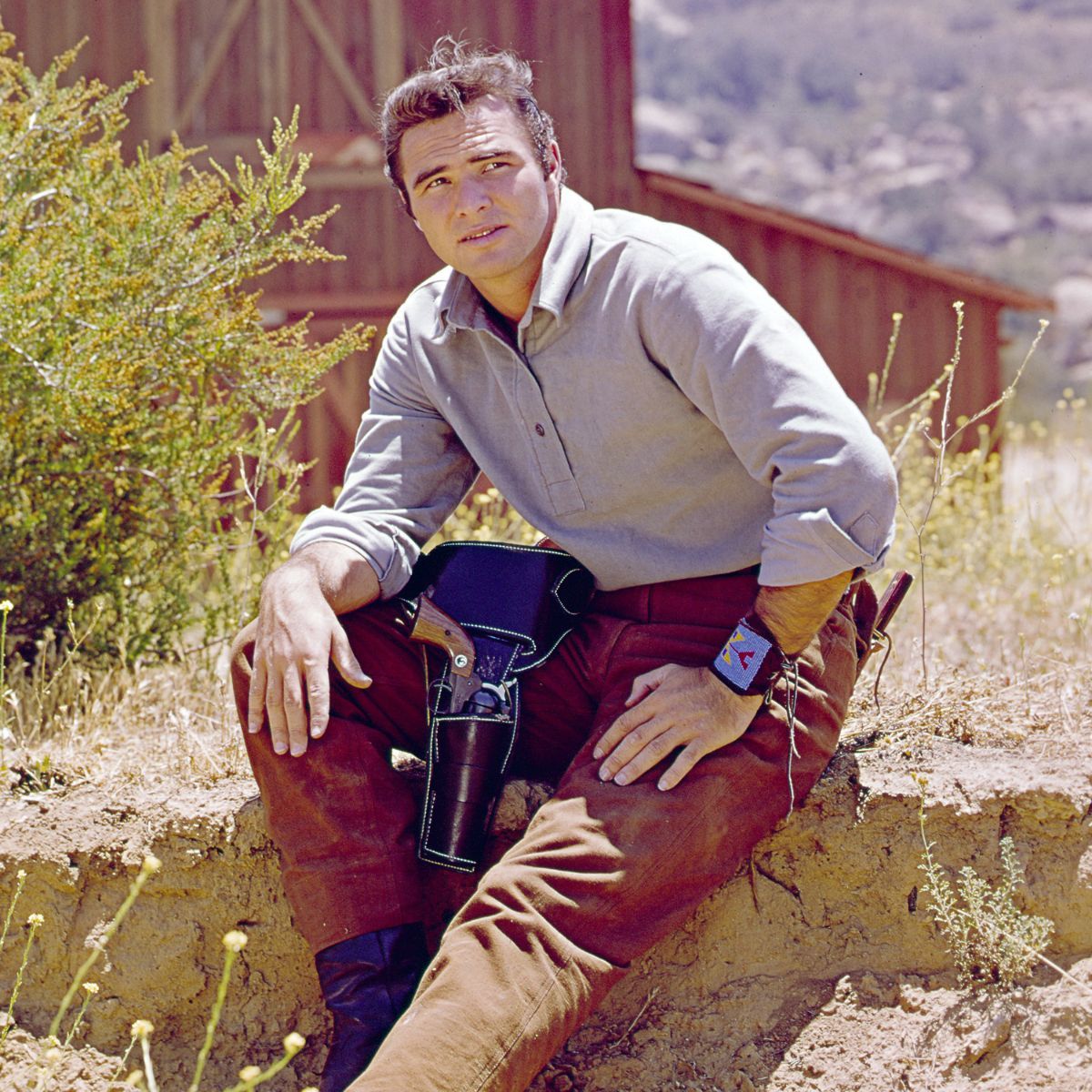 Burt Reynolds, who sadly passed away in 2018 aged 82, was one of the most successful and famous actors in all of Hollywood.

Reynolds rose to fame in the 1970s not only as an actor but also as an icon and sex symbol in US culture.

With ounces of charisma, machismo, and sex appeal, as well as a screen presence like no other, it’s easy to see precisely why that was.

His first significant role came after landing in the Western TV series ‘Gunsmoke’ in the 1960s.

He was active throughout the 60s and appeared in TV shows and movies.

His big break, however, came in 1972 when he appeared as Lewis Medlock in the psychological thriller ‘Deliverance.’

Following his success in that movie, some would say he was typecast, as he typically played a lovable rogue.

He was the ultimate Hollywood bad boy, and the general public just couldn’t get enough of him. 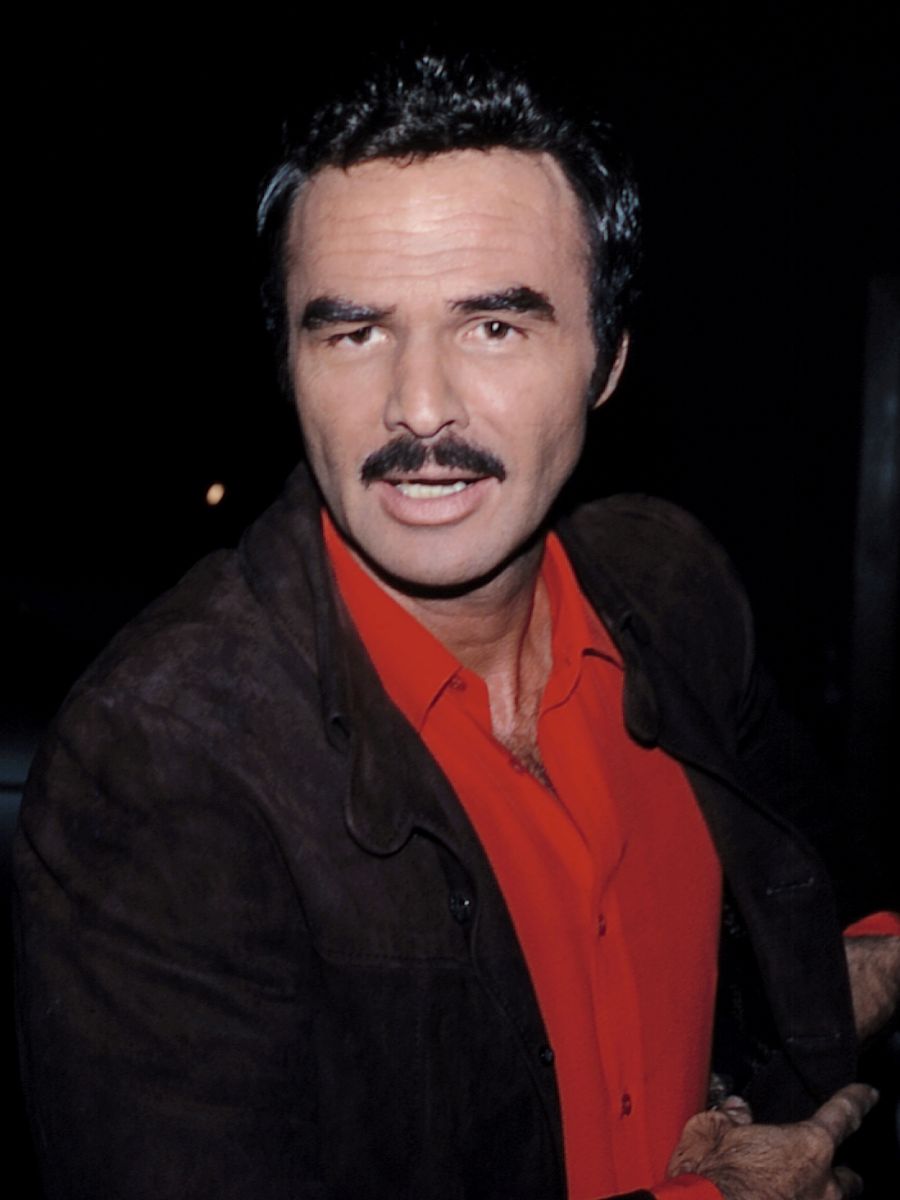 The 70s were almost certainly his biggest year, as he appeared in several other US box office hits, including ‘Smokey and the Bandit’ as well as ‘The Longest Yard’ and ‘White Lightning.’

In the 80s, he continued to be a box office draw, although, after several box office failures, he found his way back to TV, appearing in the sitcom ‘Evening Shade.’

In the 90s, he once again enjoyed critical acclaim, with his appearance in ‘Boogie Nights’ earning him a Golden Globe.

As time went by, he turned to directing, trying his hand at action when he directed and starred in numerous movies, including ‘Hard Time.’ The film flopped, and it was clear that his career was winding down.

In what could have been one final revival for his career, Reynolds joined the cast for Quentin Tarantino’s ‘Once Upon a Time in Hollywood’ though he sadly passed before production could begin.

Who is Ryan Reynolds? 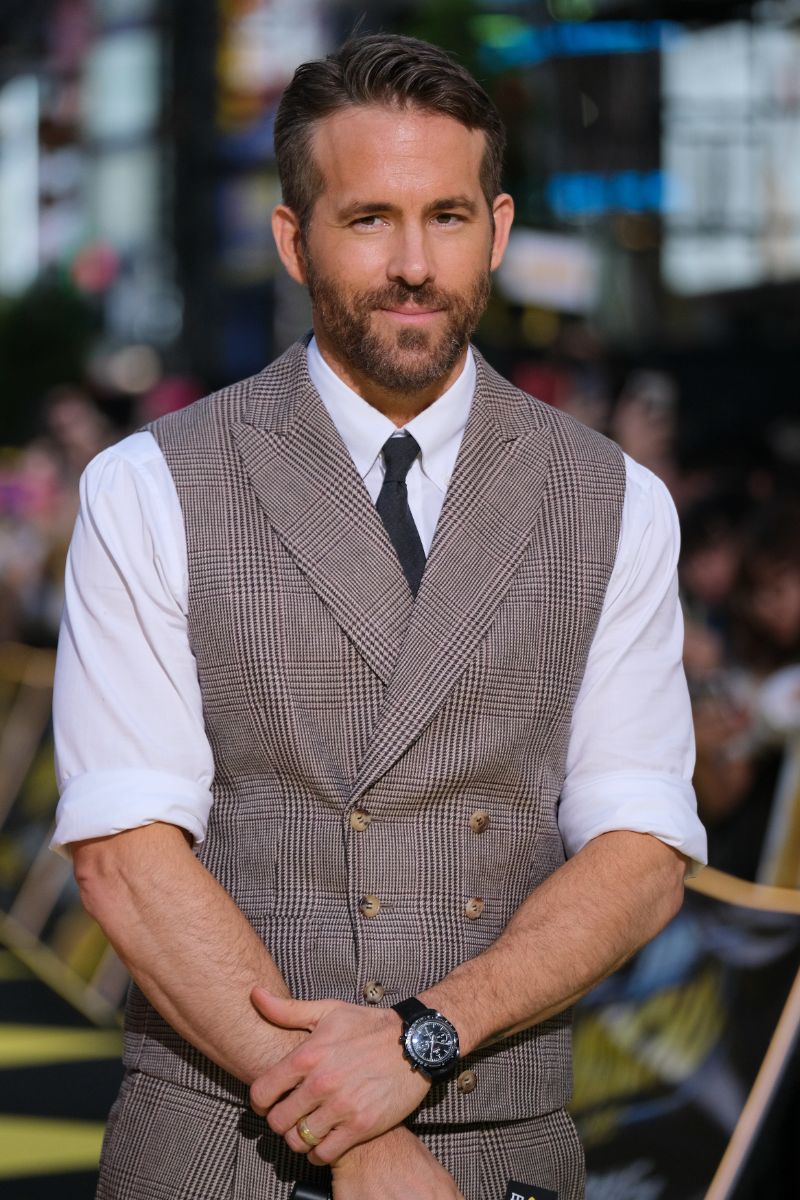 We’ll get to the question of is Ryan Reynolds related to Burt Reynolds shortly.

First, however, we need to look at who Ryan is.

Ryan Reynolds is a Canadian-American Hollywood actor and entrepreneur.

As well as being one of the biggest names in Hollywood, he is also a UK football (soccer) team owner, as he is the co-owner of Wrexham AFC (Association Football Club) which he owns alongside Rob McElhenney. The Welsh football club is currently thriving under their ownership, and the two men have also embraced Welsh life and culture.

Ryan, who was born in 1976, began his acting career in 1991 when he appeared in the teen soap opera ‘Hillside.’

His big break, however, came in 1998 when he landed the lead role in the sitcom ‘Two Guys and a Girl.’ This kickstarted his career in comedy.

In 2004 he appeared alongside Wesley Snipes and WWE wrestler Triple H, in Blade: Trinity, the third installment in the Blade franchise. The movie was a box office failure and was slammed by critics and audiences alike.

His next attempt at cracking the superhero genre didn’t fare much better when he appeared in the 2010s ‘Green Lantern.’

Ironically, he first played the character of Deadpool in X-Men Origins: Wolverine. 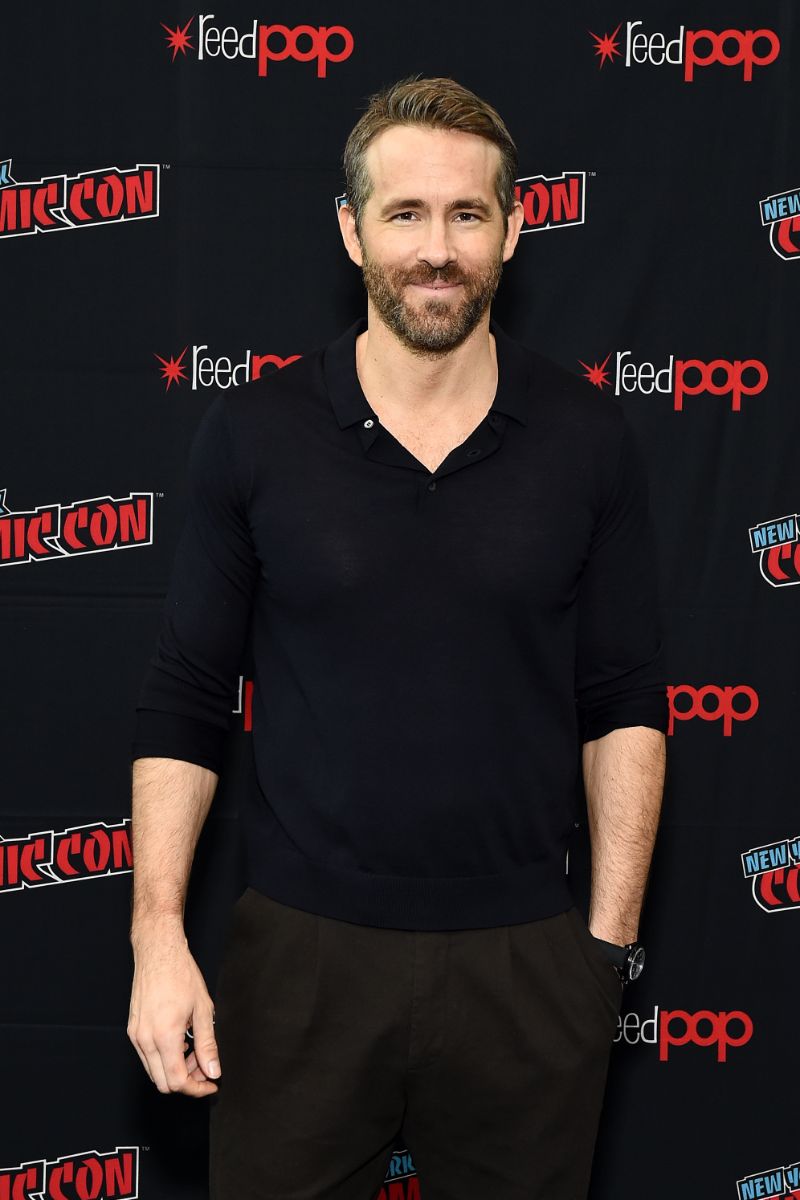 Fans have been desperate to see Deadpool come to life on the big screen, with fans convinced that Ryan would be the perfect man to play the ‘Merc with a Mouth.’ Unfortunately, this version of Deadpool was nothing like the comics, and audiences hated it.

Luckily for Ryan, he got the chance to right the wrongs made by the producers as he was cast to play Deadpool once again in 2016.

This version of the character remained true to the comics. He was funny, he was sarcastic, he had a filthy mouth, and he regularly broke the ‘fourth wall.’

Fans loved it, as well as the sequel in 2018. Ryan will soon be playing Deadpool for the 3rd time (4th if you count the first attempt) where he will appear alongside Hugh Jackman, who will reprise his role as Wolverine. Fans are unbelievably excited to see this, as the two have amazing chemistry together. 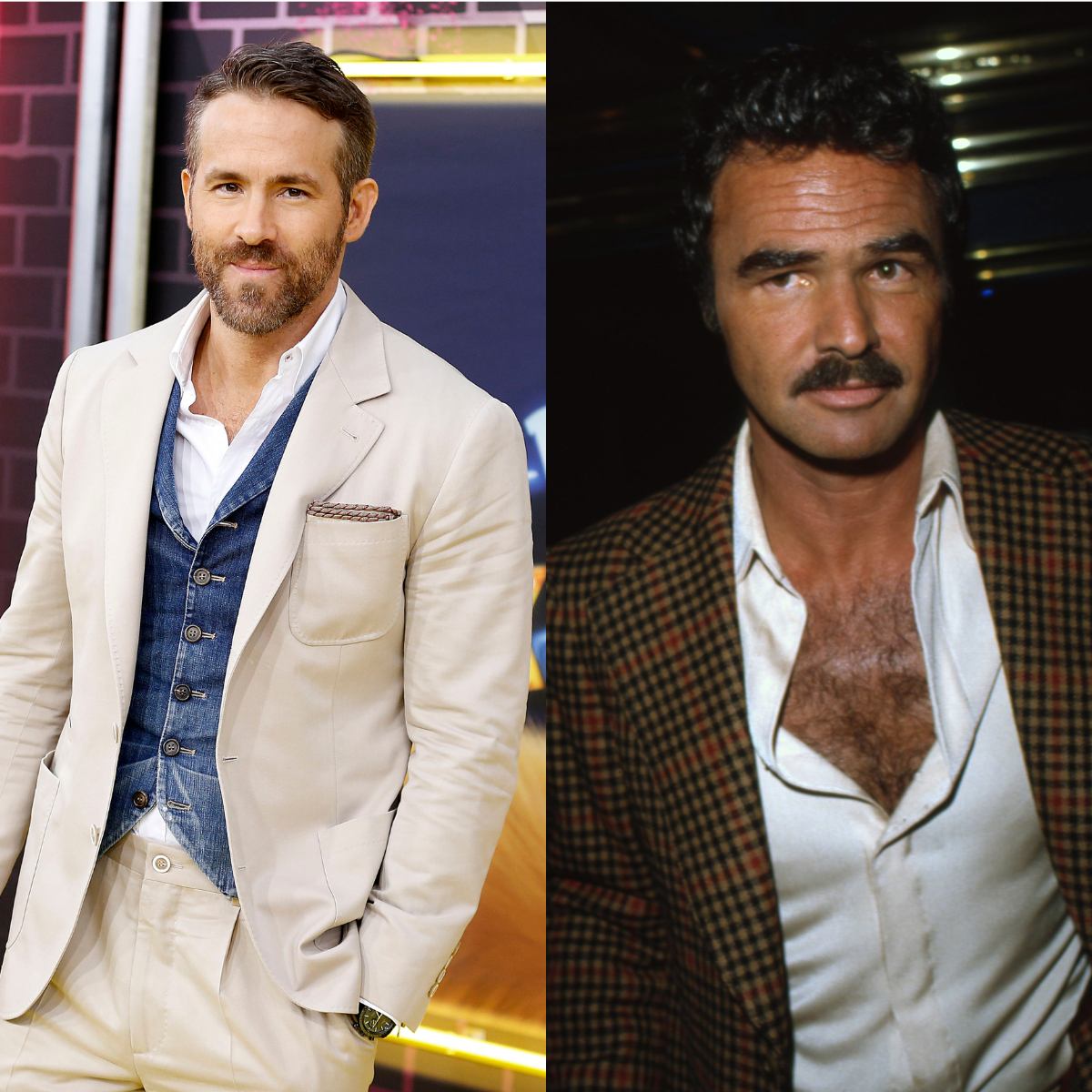 Okay, so we’ve looked at both men’s careers, but now we need to look at whether the two are related.

Because both men worked in Hollywood as actors, and because they shared the same last name, rumors started circulating which stated that Ryan Reynolds was the son of Burt Reynolds.

Is Ryan Reynolds related to Burt Reynolds, and if so, is he really his son?

Well, the answer is no.

The two men are not and were never related, and they certainly are not/were not father and son.

READ THIS NEXT: What is Cindy Fuccillo’s net worth?