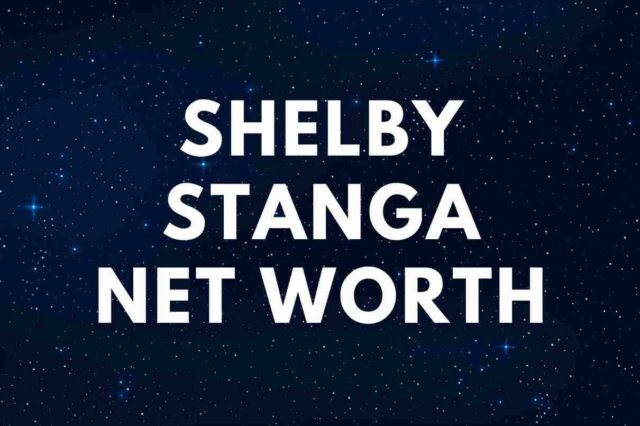 Shelby Stanga is an American reality television personality and a Louisiana swamp-logger who rose to fame as a cast member of the History reality series “Ax Men.”

Stanga was raised in Bedico, LA.

During his youth, his family moved to the swamps north of New Orleans. To make a living, Shelby recovers abandoned logs from the nearby waterways.

”I grew up in the swamp having fun, fishing, and hogging,” Stanga tweeted in February 2014. He added: ”I went to school but didn’t really like it.”

In 2008, Shelby was featured in one episode of the survival television series ”Man vs. Wild.”

From 2009 to 2016, Stanga starred in ”Ax Men,” a reality TV series that presents the dangers encountered by several loggers. The show premiered on March 9, 2008, on History.

”I was born in the swamp,” Stanga confessed. He went on to say: ”I live and work in the swamp and I hope to God I don’t die anywhere at any time.”

In 2012, his houseboat domicile was swamped by Hurricane Isaac.

The Legend of Shelby the Swamp Man

In 2013, Stanga starred on The Legend of Shelby the Swamp Man, a spin-off to the series Ax Men that follows Shelby’s life when he is not logging.

In October 2014, he was arrested for cutting down his neighbor’s tree. Stanga was released the same day, reported TMZ.

In 2018, Shelby appeared on the TV series documentary, ”Return of Shelby the Swamp Man.”

Shelby Stanga is married to Donna.

The couple resides in a house near Lake Pontchartrain, Louisiana.

Therefore, reality TV star Shelby Stanga has an estimated net worth of $1 million.

READ THIS NEXT: Who is Amy Reimann?