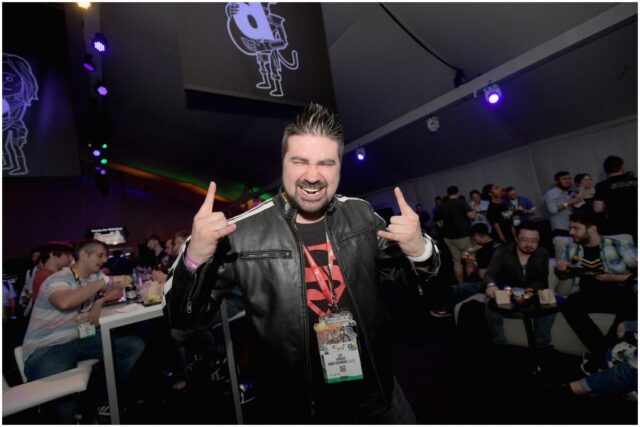 Angry Joe Vargas is a prominent gaming YouTuber who delivers comedic and entertaining reviews of the games he plays.

Amongst his favorites are Mass Effect 3, Guild Wars 2, Devil May Cry, and Mass Effect 3—games which have helped propel the outspoken gamer into the subscription list of millions of YouTube viewers.

Through 2016 and 2017, Vargas was linked to Swedish-born Twitch Partner Purrluna, an up-and-coming gamer girl and budding Instagram model.

Although the couple never confirmed or denied their relationship, Purrluna came forward in early 2020 to defend Vargas against allegations made by a relatively unknown gamer called Ashley Marku.

“I spent 5-6 months living with @AngryJoeShow while visiting him and friends. Great time. Joe wasn’t mean, jealous, pushy, or angry with me,” Purrluna tweeted in defense of her friend. ”A bit fishy accusations imo, doesn’t sound like him.”

Vargas employed a team of legal reps to fight the unfounded allegations, although his accuser seems to have gone quiet as of late 2020.

Vargas is a Superman super-fan, and often sports the Superman logo on his shirt in his rants and reviews.

Prior to launching his YouTube channel as a full-time gig, Angry Joe worked for Dell, GameStop, McDonald’s, and Party City.

Angry Joe is vocal in his criticism of the Loot Box trend in gaming.

These microtransactions—where gamers can buy boxes or packs to improve their game, on top of buying the actual game in the first place—regularly get blasted by the opinionated gamer, with iconic games like Battlefront II and Shadow of War often bearing the brunt of his tirades.

ESports games like Madden also ranked at #10 in his Angry Joe’s Worst Games list of 2018 for its use of microtransactions.

As an influential YouTuber, Angry Joe has stayed largely neutral in the console wars—he’s reviewed games across all the major gaming platforms.

A lot of his fans have noted his preference for PC gaming, with his searing coverage of PC launches like that of Arkham Knight and Battlefield 4. In his defense, Vargas has also played across the Xbox console range, PlayStation, and Nintendo.

In 2015 he launched a tirade against Nintendo for what he called Anti-YouTuber policies.

The criticism stemmed from a copyright claim against Angry Joe’s commentary on Mario Party 10.

Although it remained viewable to Angry Joe’s then 2 million subs, the influencer wasn’t able to monetize the video through advertising.

He removed the video and vowed he wouldn’t review Nintendo’s games anymore.

Angry Joe has demonstrated his range, growing his channel to include several series and shows.

Among some of the most popular are:

Vargas earned most of his wealth from ads and sponsors.

On YouTube, Jose has over 1.38 billion views, meaning about $3.5 million in revenue before taxes.

Some of his sponsors are Displate, The Kraken Rum, and more.

Therefore, Angry Joe has an estimated net worth of $2 million.

READ THIS NEXT: Who is Matt Stonie?