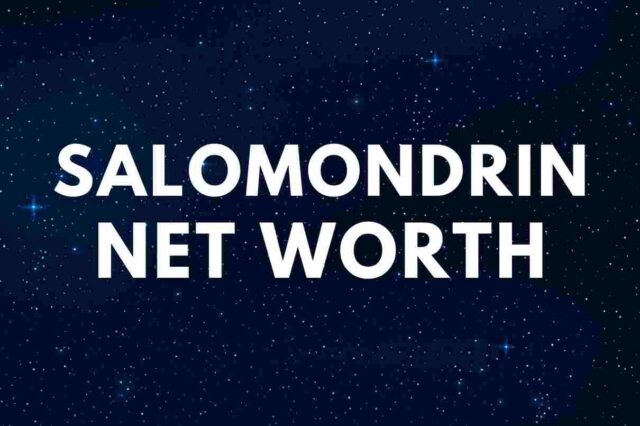 Love him or hate him, Salomondrin is unapologetically himself. An outspoken car fanatic, online personality, and vlogger, Salomondrin wields a following of 4.7 million on social media.

But is there more to the revhead than meets the eye?

Here’s what we’ve learned about this Mexico-born entrepreneur.

He started working at age 13, and at 16 he was selling cars.

He credits his parents for instilling a strong work ethic in him, and for teaching him the value of creating his own opportunities.

At 19, he and his best friend Rodrigo, moved to the US. Wanting to stay in the US legally, he applied for a student visa and went to acting school.

He loved acting, and moved to LA when he graduated, determined to pursue a career as a serious actor.

In his own words, his “face, and lack of talent, and this body” made his goal difficult—but it inspired him to take control of his own destiny.

He started writing and producing, building his passion for film-making, and taking guidance from actors like Jonah Hill and Seth Rogan.

The young Mexican native also maintained his passion for cars, and steadily built a collection of vehicles and real estate.

In 2008 he graduated from Anderson National College, and in 2012 he furthered his studies at the Canadian Institute of Traffic and Transportation.

In 2006, Salomon met a young American named Belen Maria. Born in the US, raised in Spain, and calling Orange County home, Belen attended college in Santa Barbara before moving to LA to study design and fashion marketing.

She and Salomon dated for 8 years before getting married in 2014.

Salomon credits Belen as being his partner in every way—she organizes their life, and he trusts her to do what is right for them.

The couple has spoken publically through their podcast about the question they get asked on an almost daily basis: “why don’t you have kids?”

They both say they don’t want children, and don’t plan to have them in the future.

Salomon posted to social media that he had infertility issues and couldn’t have children, following the story up quickly to say that this wasn’t the case.

He made the move, he says, to demonstrate how much the question can hurt people who struggle to have children of their own, and to show how invasive and rude this line of questioning can be.

Across his social media, Salomon focuses on reviewing his car collection, talking about new cars on the market, and sharing house tours.

A Change Of Pace

At the start of 2019, Salomondrin made the decision to sell his sports car collection.

He posted a video explainer to YouTube in January of that year, where he openly shared his reason for the massive turnaround in what had become his niche market.

The move was triggered by Salomon’s brand new McLaren Senna, which caught fire at the end of 2018.

Photos leaked to the media showed the Senna after the fire, which impacted the YouTuber and investor’s outlook on his high-octane collection.

He shared that he felt anxiety since the fire, knowing that the fire could come out of nowhere with his sportscars and he wouldn’t even know what was coming.

He expressed that his feelings didn’t extend to other cars in his collection—just the sportscars.

Amongst the vehicles for sale were a Ruby Stone Red Porsche Carrera GT—a car Salomon himself said he would never sell—an AMG GTR, and a McLaren 720S.

The sale of his sportscars didn’t slow the car junkie down, though.

He’s continued to buy cars worth hundreds of thousands of dollars, as well as showcasing his insane watch collection and a new home in 2020.

Alejandro earned most of his wealth from his YouTube channel and managing Helios Productions and Salomon Investment Partners.

On YouTube, Alejandro has over 284 million views, meaning about $750k in revenue.

Therefore, entrepreneur Salomondrin has an estimated net worth of $20 million.

Want a break from consumerism? Salomondrin also posts videos on how to make his favorite cookies—like these ones when he and Belen were celebrating their 5 year anniversary.

READ THIS NEXT: Who is Angry Joe?