The pregnant teen first graced our screens in August of 2012, when she appeared alongside mom, Mama June, and Honey Boo Boo on the American pageant circuit.

While most of the world would be quick to write Chickadee off as another backwoods teen parent and reality TV trainwreck, it seems that people still want to know what the outspoken Georgia native has been doing.

June was only 15 when she gave birth to her eldest child, and she had initially planned to allow her aunt and uncle—Janice and James—to adopt the newborn baby. 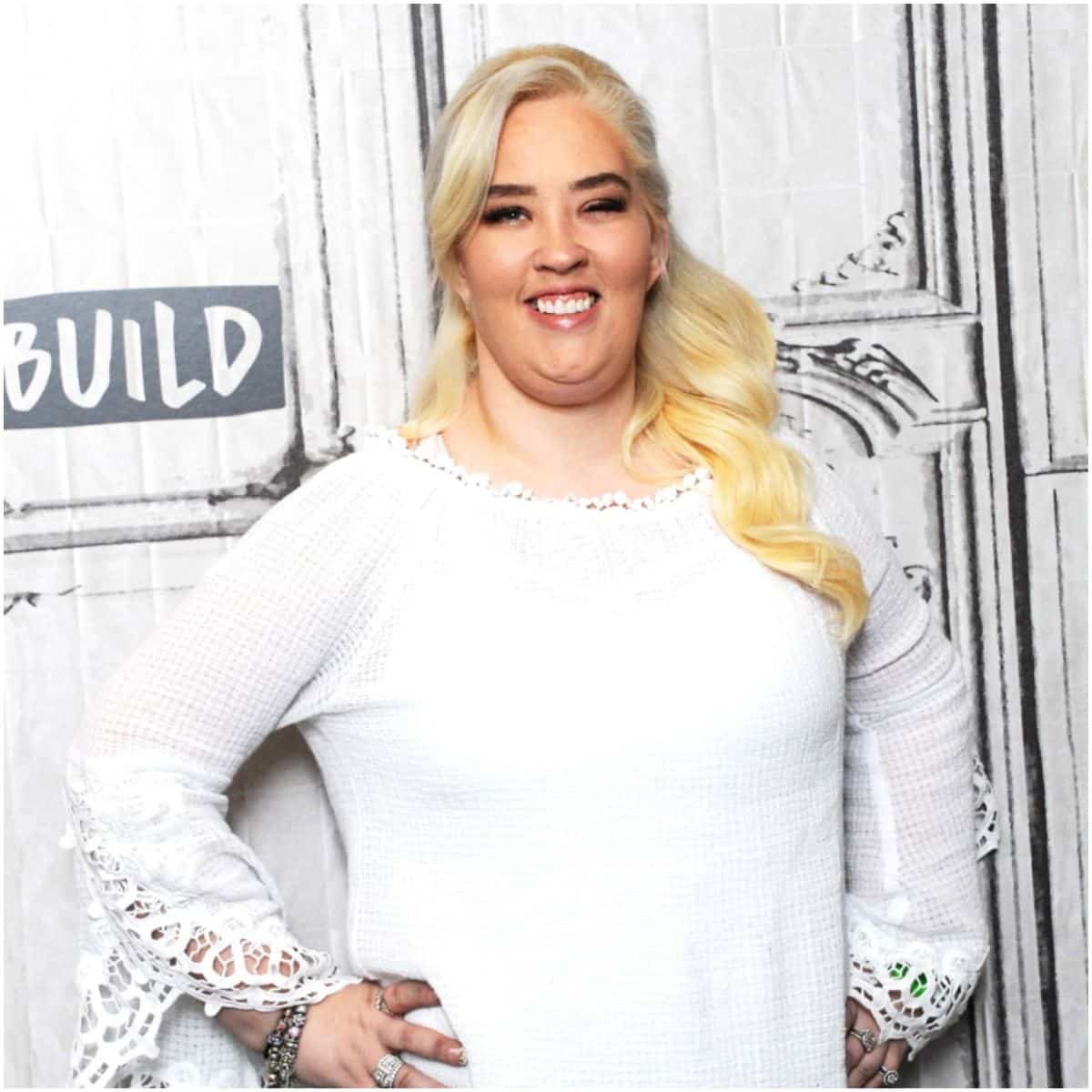 For whatever reason, the adoption didn’t go through, and Anna Marie was raised by June’s mom, Sandra.

In her adolescent years, Anna Marie was returned to June’s custody and lived for a time with her and her boyfriend, Mark McDaniel.

McDaniel would later be convicted of sexually abusing the young Anna.

The cycle of teen pregnancy continued with Anna as it had for June, with the youngster falling pregnant and giving birth to a daughter, Kaitlyn Elizabeth, in 2012.

Anna was 17 years old at the time.

Anna gave the baby the surname Clark—after her partner Caleb—but has publically acknowledged that the baby is not his.

Instead, she has admitted, the biological father was engaged with two children at the time she fell pregnant.

Eventually, Clark and Shannon broke up, with Anna marrying her next boyfriend—Michael Cardwell.

Dust Yourself Off And Try Again 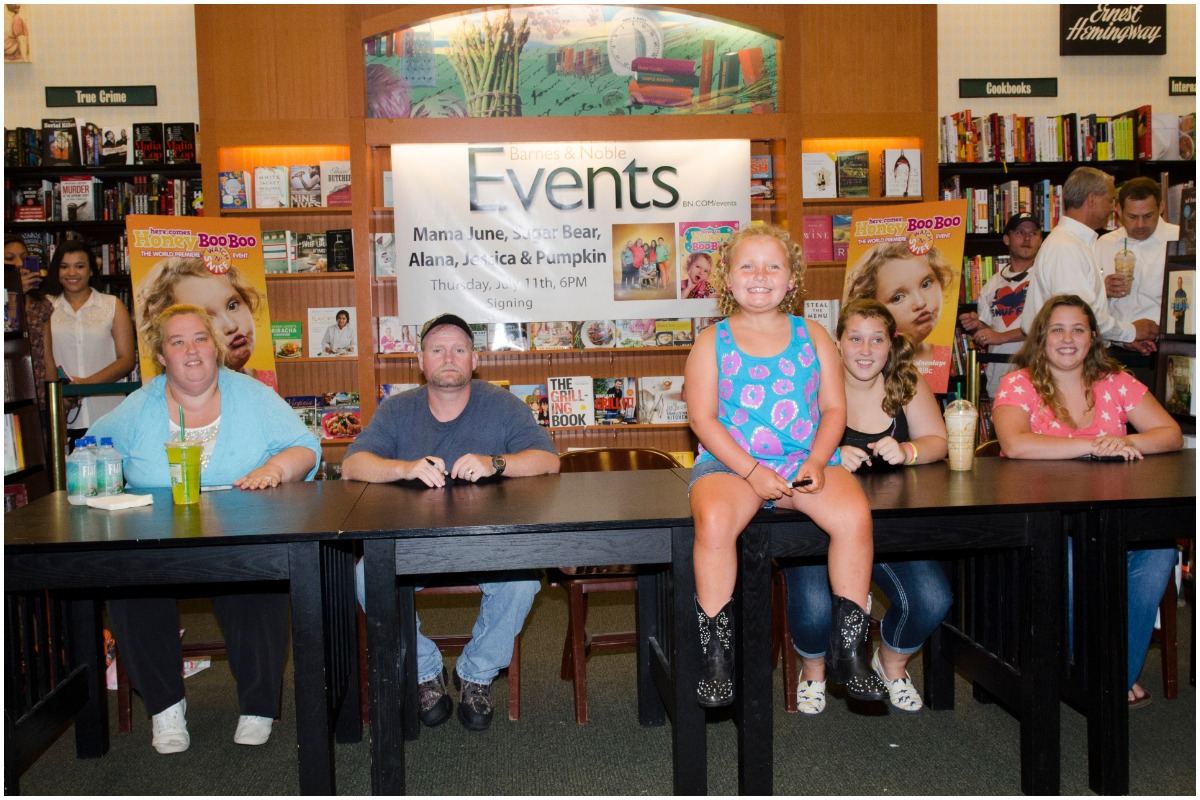 Following a lighting romance with Michael Cardwell, the pair married on 25th May 2014.

Anna followed her new husband to Alabama and had her next baby, Kylee Madison Cardwell, in early 2015.

It wasn’t second time lucky for the 20-year-old mother of two, with the pair splitting up less than 3 years later.

Anna Cardwell returned to the family fold in Georgia with her two toddlers.

Out Of The Frying Pan…And Into The Fire?

Anna has spoken openly about her strained relationship with her mother—the woman the world knows as Mama June.

Mama June, an obese pageant mom with a history of dating unsuitable men and using illicit drugs, came under fire from her daughter—and most of the public—over historic sexual abuse of her daughter.

Anna made accusations that Mark McDaniel sexually assaulted her when she was a minor.

McDaniel was convicted of the crime and served time in prison.

When he was released, and following the disintegration of June’s relationship with Mike “Sugar Bear” Thompson, June began dating the convicted sex offender again.

In addition to this gross lack of support by her mother, Anna also alleged that her mother had stolen money from her trust fund.

Because tensions were running so high between Cardwell and her mother, stepfather “Sugar Bear” allowed the young mom to move in with him.

Anna speaks highly of her stepfather—father to Honey Boo Boo—and has said she considers him the “best parent she’s got.”

Mama June, not one to go quietly, took to social media to say her eldest daughter would be absent from June’s shows because of her “issues” and her “selfishness.”

Anna Cardwell works at her local Wal-Mart and posted to her social media accounts that she had just bought her dream home in 2021.

Cardwell, always happy to share her every thought with the media, told The Sun that she and her new partner—Eldridge Toney—were hoping to get married within a year and that they needed a new home to raise their family.

While the pair have taken on a whopping mortgage for the lakeside home, and it is unclear what Eldridge does for work, Anna couldn’t resist investing $47,500 on an extreme makeover to go with the new boyfriend.

Cardwell blew through nearly $50,000 on a breast lift, teeth veneers, blonde highlights, and some cosmetic work…but she’s not sure it’s enough.

In a couple of years, admitted the newly blonde bombshell, she’d like a tummy tuck or liposuction to get rid of her love handles.

Anna Cardwell has an estimated net worth of $0.5 million.

READ THIS NEXT: How Did Flip From Street Outlaws Die?