When you’re an A-list actor, entertainer, or Grammy award-winning singer, building social media engagement is a job that pretty much does itself. In this social media-driven world, everyone wants to engage with their favorite celebrity.

But what do up-and-coming entertainers, entrepreneurs, and brands do to boost their follower count on Twitter, TikTok, and Twitch?

BJ Klock is one of those guys—a self-promotion guru who helps every wannabe social media influencer and brand win over their target demographic.

If you need help getting your socials off the starting block—or even just leveling up your celebrity game—someone like BJ Klock could be your solution.

But what exactly does he do? And where did he come from?

Brian “BJ” Klock was born on the 19th February 1990, in Hartford, Connecticut.

He is the first-born child of Jared and Lynn Klock and the older brother of Shannon.

The family was well established in Connecticut, where BJ attended East Catholic High School in Manchester.

After he left high school, he made the move to North Carolina, where he enrolled at High Point University.

He majored in psychology at the United Methodist church-affiliated campus and graduated in 2014.

Although BJ Klock seems to be everywhere on social media in recent days—a must for a guy who heads a social media engagement company—not much is known about his personal life.

Outside of his own social media channels, there is little demand for detail about his relationship status, hobbies, and future plans.

What we do know is that Klock is not married and is laser-focused on a career building the careers of his clients.

Laser focus may be exactly what helped launch Klock out of anonymity and into the celebrity sphere—or at least into the general celebrity orbit. In the early days of launching his business, the struggle was real for BJ.

He had his car repossessed.

He lost his job while he was busy hustling to get things rolling on the entrepreneurial front.

He was evicted from his house.

With zero investors, no funding, and having to start from scratch, Klock recently saw his name trending over even Mark Zuckerberg—the founder of one of the social media platforms BJ leverages for his clients.

Since then, Klock claims to have worked with some of the biggest brands in the world—aiding them in boosting visibility.

He helps businesses to build engagement within their online communities and guides them in increasing brand recognition, sales, and connection with their audience.

And in an era where perception is the foot in the door for brands, Klock is the king of managing perception.

In an article he wrote about himself, he describes himself as one of the “original influencers in personal development and digital marketing,” and describes his role as a “serial entrepreneur,” consultant to billionaires, multi-millionaires, CEOs, pro athletes, and celebrities.

When Klock launched Advisight, which is described on its website as the world’s premier market research center, he was the CEO, marketer, HR guy, and the entire staff.

Now, his LA-based management company manages a network of half a billion people.

Advisight positions itself as the experts in building influence and “capturing long-term attention by creating loyal super fans.”

With his newfound success, some sights have claimed that he was named on Forbes’ iconic 30 Under 30 list for 2017.

In fact, he was nominated but did not make the final cut.

That’s not to take away from his achievements, however…

Klock may host his own show—Time With Klock—but he needs a creative outlet, too.

“I love music (…) when I make music, I truly feel relaxed and at peace.”

Initially, the driven entrepreneur wanted to be a recording artist—but he quickly figured out that a recording career would require money.

A lot of money.

Helping brands to build their social empires enabled him to do something he was good at, something he loved, and give him the money to pursue his music passions at the same time. 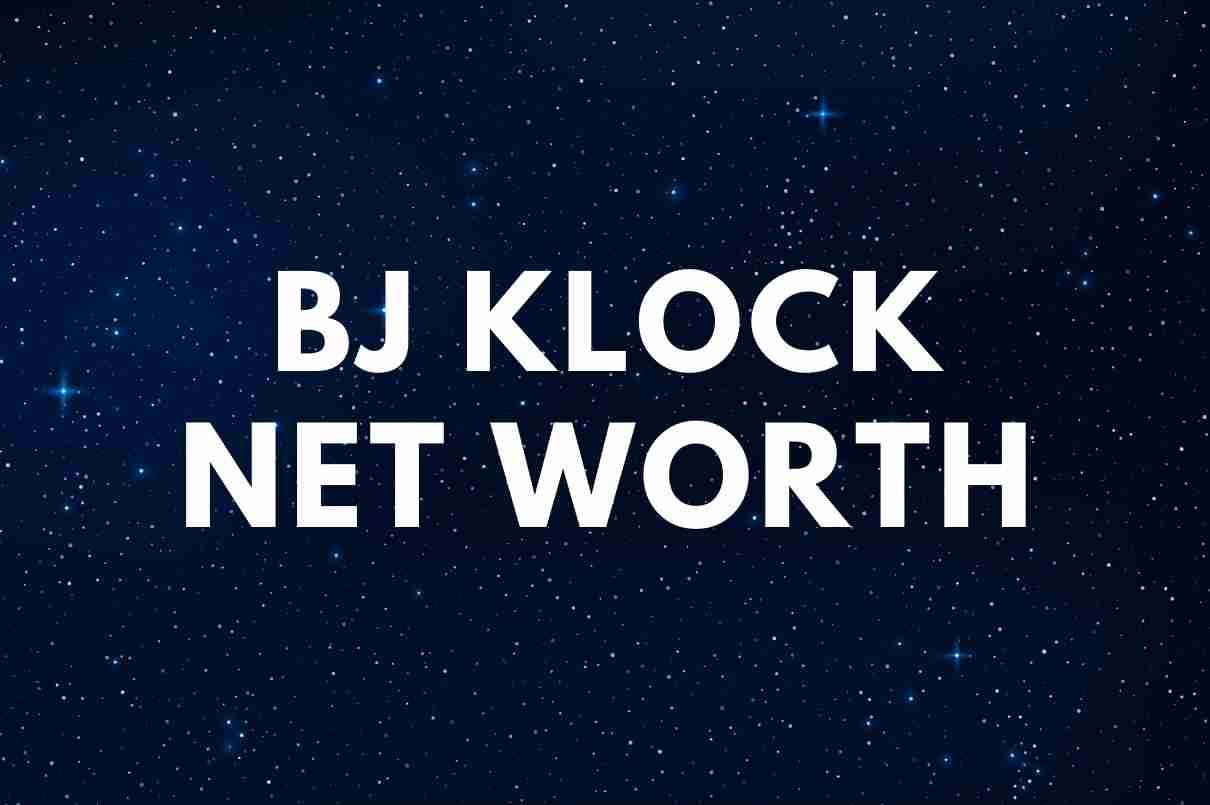 Brian earned most of his wealth from serving as the founder and CEO of Advisight, a company that has a network of more than 100 million people.

Therefore, entrepreneur BJ Klock has an estimated net worth of $100 million.

Check out BJ Klock’s musical talents here, and learn a little about what he’s got to say.

READ THIS NEXT: Who is Allie Sherlock?

Nice piece of entrepreneur spirit. Very well described considering what there is not to know about BJ KLOCK. Maybe just the beginning!