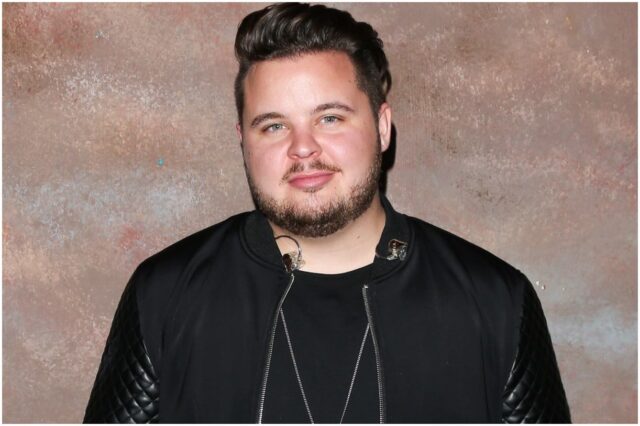 Bryan Lanning has become pretty famous on social media—especially YouTube—for vlogging about his life and his family.

On his Daily Bumps account on the giant social media platform, his family has amassed more than 5.1 million subscribers.

His personal YouTube channel showcases his singing and songwriting abilities separate from his family vlogs.

His music videos have gained him another 412k subscribers.

As a child, Lanning and his sister Beverly were raised by their mother—and didn’t know their father.

The family moved to Boise, Idaho, when the children were young, to live at his grandmother’s house.

By the time Bryan had hit high school, things had already been quite rough.

His mother had married, and her husband was abusive towards her children.

School was no better, with Bryan sharing that he was bullied on an almost regular basis.

The bullying didn’t hold the young Lanning back.

He had discovered a love of music, video production, and concerts. He also met the love of his life—Melissa Hollister.

Melissa, who was known as Missy, began dating Bryan shortly thereafter, although her parents didn’t approve of him.

Shortly before Bryan’s 17th birthday, he and his stepfather got into an altercation while the older man was drunk.

He stayed with a friend for a while before moving in with his grandmother.

Over this time, Missy’s family got to know the teenager a little better and eventually accepted him into the fold.

By 18 the couple had bought their first home.

They also got a cat together, who they called Claire Bear.

Bryan and Missy got married on 8 August 2008, but the marriage was short-lived.

The pair divorced and Missy moved in with her parents.

Although the pair made an effort to go their separate ways, eventually they reunited and remarried in Idaho.

Ready to make a change, they moved to California and lived with Bryan’s in-laws to save money.

As the money situation improved, the pair decided to take an even bigger step—they tried to have a baby.

Things moved fast, and within a short amount of time, the pair were pregnant.

Sadly, they miscarried their first child—a little boy. Not ready to give up, they tried again, miscarrying a second baby—another son, who they named Gabriel—at 20 weeks.

Around this time Bryan began to build a relationship with God, and started practicing his faith.

After the loss of her second baby, Bryan’s wife started a YouTube channel to vlog about their marriage and their efforts to have a family.

Shortly after that, she got pregnant again.

This time, the pregnancy stuck and the ecstatic couple welcomed baby Oliver James.

He was followed in 2015 by another son, who the couple named Finlay.

The YouTube vlog, as it turned out, was popular.

People enjoyed the couple’s candid, honest videos and the way they shared the realities of pregnancy, babies, and family life.

At the time of writing, the vlog has over 5.1 million subscribers, despite the couple investing very little in making it.

With the family’s vlog being such a success—both with viewers and also financially—Bryan decided to strike while the iron was hot.

He launched another YouTube channel—this one named Bryan Lanning—to showcase his music dreams.

The channel soon gained a small following of its own in the beginning and ballooned over the next few years.

Bryan focuses mainly on country-influenced music, and makes his own music videos. Since he is in front of the camera so often, he also took the initiative to lose over 80 lbs.

Lanning earned most of his wealth from ads on his YouTube channels, which have 4 billion views–meaning about $12 million in revenue before taxes.

Therefore, YouTube star Bryan Lanning has an estimated net worth of $8 million.

Want to hear what Bryan’s been singing? Check out his videos here.

READ THIS NEXT: Who is Tom Hopkins?