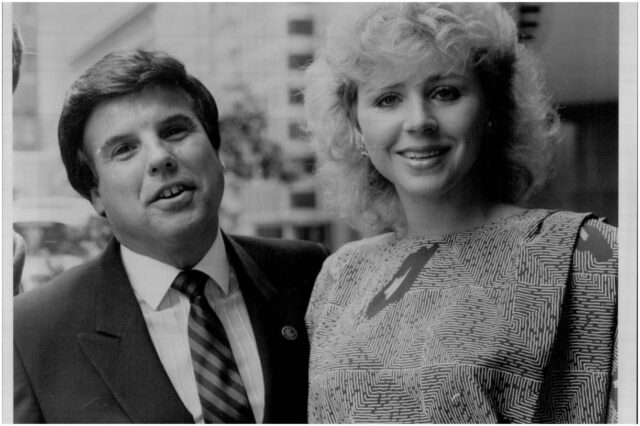 Tom Hopkins is the globally recognized gold standard of sales coaches, sought after internationally to teach corporations and individuals the art of salesmanship and the techniques that can take them to the top of the game.

According to Tom Hopkins’ website, millions of people globally have attended the sales guru’s fast-paced, high-intensity seminars across the US, Canada, Europe, Australia, and Asia.

But what else do we know about the marketing guru—and how much of it is the art of a sale?

The young Thomas Hopkins wasn’t born with a silver spoon in his mouth.

He didn’t even show that much academic fortitude early on. But he was a hard worker.

He attended Bishop Alemany High School in California, where he played baseball and football, but didn’t progress past high school in either sport. Instead, by 19, he was married with a child on the way.

Desperate to find a way to support a young wife and newborn, he knew he needed to make money fast.

Fortunately, Tom Hopkins had the gift of the gab. As an outgoing and chatty teenager who often noticed the wealth around him, he chose real estate as his path of choice.

The grind would be tough, but sheer determination saw the wily teenager through.

As a kid who had never done well in school, it took him a few attempts to pass his real estate licensing exam, and then a few more again to get hired by a real estate firm.

To tide him over and keep food in the pantry, Hopkins worked on construction sites.

Finally, an office manager took a chance on the young, determined new father.

Unfortunately, real estate didn’t start off as successfully as Tom thought it would.

The Journey To The Top

In Hopkins’ first year, his performance wasn’t great. In fact, six months into his employment he’d only sold one house.

With $150 left in the bank and a growing baby to feed, he took a big risk: he signed up for a $150 sales seminar with J. Douglas Edwards.

J. Douglas Edwards, the professional sales coach and author, wasn’t a name that young Hopkins was familiar with.

That 3-day seminar changed Tom’s perception of sales—and it changed the game for him forever.

He read more, studied more, and listen to audio-tapes and recorded seminars to become a better salesman.

And it worked. Tom’s sales increased exponentially. By 27, real estate had made him a millionaire.

It’s harder to stay on top than it is to get there—that’s what the best of the best say. But Tom continues to work hard to stay at the top of the real estate game. In his last year as an agent, he was selling on average one property a day.

With that level of performance, Tom was often invited to speak at events.

Serious stage fright—a hangover from his school days—set him back. But he loved to share his knowledge, and he wanted to see others succeed, so he did what worked for him. He went to seminars to learn how to speak in public.

Just like it had done with his sales techniques, it helped Tom to grow. Now, he speaks at corporate training seminars, massive events, and coaching sessions across the US.

His courses range from pre-licensing training for aspiring realtors, to advice on how to get started in the business.

From there he moved to coaching salespeople on how to get past fear, and how to communicate more effectively.

Thanks to Tom’s lifelong love of people and his ability to deliver a message with humor and candor, he has become a major success—and joined his mentor, J. Douglas Edwards as a Sales Champion.

Officially, Tom Hopkins is the author of eighteen bestsellers. How To Master The Art of Selling has made international bestseller lists and sold almost 2 million copies.

Tom Hopkins has an estimated net worth of $10 million.

READ THIS NEXT: Who is Austen Kroll?