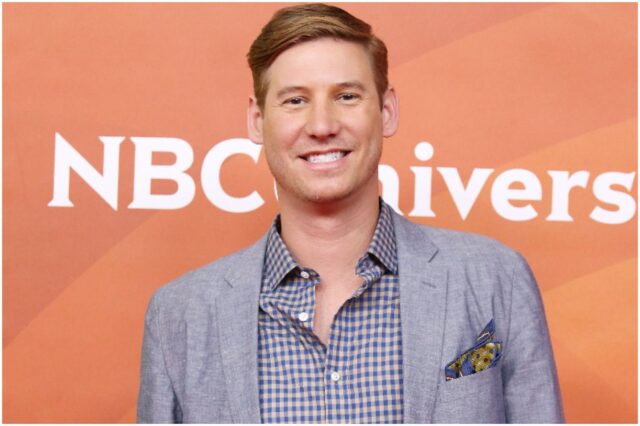 Austen Kroll was born on June 16, 1987, to Tom and Wendy Kroll. Born in Washington DC, he has a younger sister named Katie.

Austen attended the University of Alabama from 2006 to 2010, where he studied for a Bachelor of Science in Business Administration.

When Kroll graduated from the University of Alabama, he decided to adventure a little bit further—to Prague.

He spent a year studying abroad at Anglo-American University, before exploring a bit of Europe and ending up even further from home—in New Zealand.

Eventually, though, Kroll made his way back States-side.

He settled in Charleston, South Carolina, near to where he and his family had vacationed when he was a kid.

In Charleston, Kroll got an opportunity to explore one of his big loves: beer.

He went to work in the craft beer industry with Palmetto Brewing Company.

From 2014 onwards, Austen invested time and energy into the marketing side of craft beer, initially as a server and cellarman. In 2016, he made the move to Red Hare Brewing Company, born out of Marietta, Georgia.

As a territory sales manager for the ultra-successful micro-brewery, Kroll traveled around the south—from South Carolina to Georgia, Alabama, and the Florida Panhandle.

He would eventually return to craft brewing in 2019.

Shortly after making the move back down south, Austen met Shep Rose—star of the Bravo hit reality show Southern Charm.

The two became friends, and Shep introduced his new buddy to the showbiz life—and also to show hairdresser Madison LeCroy.

The pair started dating soon after they met, which allowed Madison to make the move from behind the scenes to front and center on the show.

The couple has a dramatic relationship, to say the least. Bravo footage of the pair went viral in 2018 when Madison found Austen in bed with two women.

Accusing him of cheating on her—of which it appeared she was correct—the pair had a dramatic, expletive-laden argument.

Austen denied that he had cheated on his reality-star girlfriend, despite her finding another woman’s underwear beside their bed.

Madison insisted on getting her own back in retaliation. In a later interview, she claimed to have a ‘hall pass’—meaning she can do what she wants with no repercussions from Kroll.

The pair, who break up and get back together on a regular basis, recently reunited again.

Kroll explained that he tries to go his own way but it’s hard for him to walk away from her.

He also knows that his co-stars aren’t going to have nice stuff to say about the couple—but accepts that as part of reality television.

Even his on-again, off-again girlfriend acknowledges that the pair can’t get it right no matter how hard they try. “We’ve done a lot of messed up things to each other. We try to find ourselves back where we always end up.”

The blonde reality star isn’t ready to give up on her man just yet, though. “I always have hope,” she said of Kroll in a 2020 interview.

Kroll earned most of his wealth from working for Red Hare Brewing Co. and Palmetto Brewing Company as well as for starring in the TV series ”Southern Charm.”

Reality star Austen Kroll has an estimated net worth of $1 million.

Ready to see what this Southern Charm-er does with his days? Follow Austen Kroll on Instagram to keep up with his antics.

READ THIS NEXT: Who is Michael Shay?