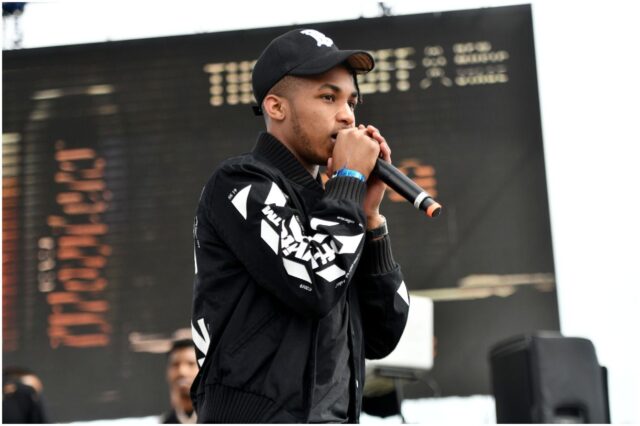 He was born on October 10, 1997, in Pontiac, Michigan, USA. Darryl started to make music as a youngster in the studio where his dad worked as an engineer.

In October 2011, he started his first YouTube channel, called – ”GamingWithDD.” The channel has over 105 million views and over 1.61 million subscribers.

On July 26, 2014, DDG started his second channel – ”PontiacMadeDDG VLOGS.” The channel has more than 2.18 million subscribers and over 331 million views.

DDG graduated from the International Tech Academy, where he was class valedictorian. Later, Darryl attended Central Michigan University. He later dropped out.

After dropping out of college, DDG moved to Hollywood, California.

In 2016, he released two songs (both produced by Zaytoven), named – ”Free Parties” and ”Balenciagas.” His next song is called ”Lettuce.” For the song, DDG teamed up with American rapper Famous Dex.

On September 6, 2017, DDG started the YouTube channel – ”The DDG Family.” The channel has more than 551 million views and over 3.9 million subscribers.

On October 3, 2017, DDG started a self-entitled YouTube channel. It has over 158 million views and over 1.45 million subscribers.

He said about the production process of the EP: ”It was a dope experience.” DDD went on to say: ”The whole goal with it really was to show a R&B side and see how the audience reacted.”

In 2018, Darryl signed with Epic Records.

He said to Complex about the album:

”It’s been maybe like a year or two of just working, ever since I’ve been with Epic.” Darryl later added: ”I’ve got a lot of songs, so it’s a lot of songs that didn’t make the project.”

In 2017, DDG began dating Kennedy Cymone, a beauty/lifestyle YouTuber who gained fame by uploading YouTube videos about hauls and outfits.

”I don’t really want to put myself in a box to only being able to make one sound of music.”

”A lot of people doing TikTok’s, they doing a lot of creative stuff and I like it. I love it.”

Darryl earned most of his wealth from advertisements that run on his YouTube channels. In total, all his channels have over 1.1 billion views, meaning about $2.5 million in revenue, before state taxes.

In addition, DDG makes money from selling his EPs (Take Me Serious EP and Sorry 4 the Hold Up EP) and album (VALEDICTORIAN). Therefore, DDG has an estimated net worth of $3 million.

READ THIS NEXT: Who is Trinidad James?