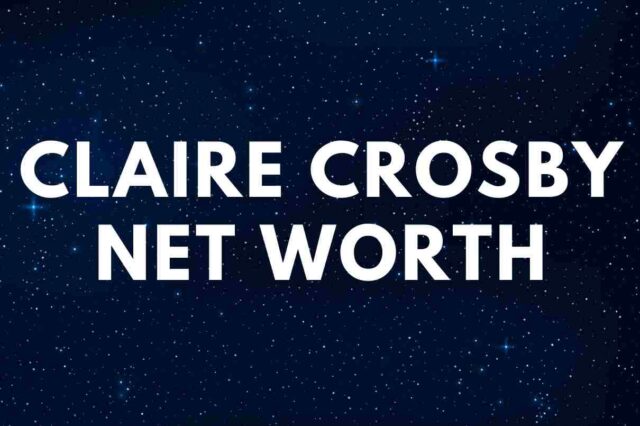 What is Claire Crosby’s net worth?

Claire Ryann Crosby is a little girl with a big reputation—and a big voice! The young starlet went viral doing what so many kids do for fun: singing Disney songs.

Alongside her father Dave—who appeared on season 13 of The Voice—she posts popular song covers to her YouTube channel.

The Crosbys YouTube channel currently has over 3.82 million subscribers and more than 665 million views.

Claire’s parents, Dave and Ashley, moved the family to Seattle, Washington in 2015 so that Dave could go to work at Amazon.com.

As a 3-year-old, Claire did what any little girl does: she sang along to her favorite Disney movies.

The almost-cult sensation Frozen began her infatuation with Disney songs.

One day, her father posted a video of the little girl singing The Little Mermaid’s Part of Your World for his friends and family to see.

The video went viral, with media outlets worldwide sharing the video with their audiences.

Invitations flooded in for young Claire to appear on TV. One of those invitations was from the competitive reality show America’s Got Talent, who asked her to audition.

Claire chose You’ve Got a Friend in Me from Toy Story as her audition song, but never got around to auditioning.

Instead, she appeared on an even bigger platform, with an average of 4 million viewers per episode: The Ellen DeGeneres Show.

Claire’s parents signed a contract with Ellen on her behalf, and the little girl appeared regularly on the show and across the country in live performances.

As her star grew, so too did her father’s—a former musician in his own right.

Dave was a musician for a long time before having kids. But being a musician was risky, and he knew that he would have to travel a lot if he was successful.

Being taken away from his family for long stretches of time didn’t appeal to him, and he also couldn’t guarantee how much money he’d earn.

Claire’s dad went back to business school to get his Masters’s degree, and then went to work at Amazon in 2015, when the pair’s little girl was 3.

But after Claire’s initial success, he auditioned for The Voice.

He made the cut and joined the show as a contestant in season 13. He didn’t win, but he gained a significant following of his own.

Claire and her dad have released a significant number of videos and singles together, including A Million Dreams and You’ve Got a Friend in Me.

While Dave and Ashley may want to shelter their daughter from the dark side of fame, they’re also happy for her—and her siblings—to explore all the perks it can bring.

They post a new video each week, some of which include brother Carson and baby sister June. They’ve won sponsorship from media giants like Disney, too.

Best of all, wealth and celebrity have afforded the family some big adventures.

In 2020, Claire met uber-celebrity Chris Pratt, and her family visited Hawaii. She also guest-starred on the musical competition series The Voice.

Instead, Dave and several of his former Amazon buddies founded Wyze, which has seen great success to date.

Claire’s father phrased it best: “What kind of dude wants to make a living off his 3-year old and just bank on her to feed the family?”

The family was also concerned with what kind of impact living such a public life would have on their daughter and her younger siblings.

Instead of catering to an audience demand of more, more, more, and to avoid the grind of a daily vlog, the family restricts their posts to one per week.

And what songs Claire sings are left entirely up to her.

Claire’s parents understand that the channel could probably perform even better if they followed the viral trends on YouTube and other social media platforms—but they just want Claire to have fun with her singing.

Covering the songs people are searching for would be the better move from a financial standpoint.

When Moana was first released, the little Crosby was a big fan, and sang a song that got millions of views in a short amount of time. But sometimes, she just wants to sing something old.

When she and her dad performed the Toy Story classic—You’ve Got a Friend in Me—the song was already almost two decades old. But that’s what she wanted to sing…so sing it they did!

Internet sensation Claire Crosby (and her family) has an estimated net worth of 41 million.

Want to check out some of this little singing superstar’s biggest hits? Here she is singing the Disney Princess medley that garnered over 40 million views.

READ THIS NEXT: Who was Sylvia Robinson?