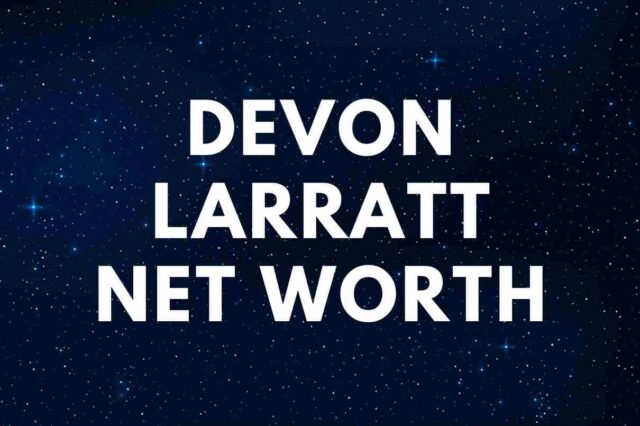 In the arm-wrestling world, there are only a few people who can rival Devon Larratt’s success.

He has been involved in the arm-wrestling scene for over 20 years and is one of the most well-known arm wrestlers.

Learn about his impressive career history and current net worth in this article!

He was born on April 24 in the year 1975, and has committed almost half of his life into the arm-wrestling world.

When he was 21 years old, he joined the Canadian Special Operation Forces Command for a total of 16 years.

”I am absolutely honored to be a part of our military,” Devon told Ottawa Citizen. He continued: ”I consider the military to be my extended family.”

In the meantime, he would participate in every championship that is available for him.

To get into Arm Wrestling, Devon Larratt competed against his grandmother in his teenage years, who was considered “the greatest arm wrestler in Alberta.”

When he was 21 years old, he joined the Canadian Special Operation Forces Command for a total of 16 years.

In the meantime, he would participate in every championship that is available for him.

The Biggest Events of Larratt’s Life

Devon Larratt gained huge fame in the year 2008 when he defeated John Brzenk in an arm-wrestling super-match with a score of 6-0.

The opponent was a famous participant and has never lost a match in 25 years before losing to Devon.

In the year 2013, he found out that both his elbows were not feeling well and went to surgery afterwards.

The surgery has cost him his number 1 ranking in pound-for-pound. The same thing happened to Devon in 2016 where he went to surgery again, for both his elbows.

Note – he has undergone three arm surgeries at The Ottawa Hospital. He explained: ”Both my left and right elbow joints were degraded to a point where I was in constant pain.”

After recovering at a rapid rate, he returned to the arm-wrestling scene at the WAL Championship and winning the champion title.

After being undefeated for 2 years, he eventually lost a fight to Michael Todd and Denis Cyplenkov in 2018’s WAL Championship.

From that moment, Devon became more dedicated to training and his matches.

In 2017, Devon defeated Game of Thrones actor Hafthor “Thor” Bjornsson (The Mountain). ”I was trying to find a way to pin him without blowing his arm,” Larratt said after the match. The Mountain weighed 419lb, while Larratt was 225lb. Watch the video here.

Both Devon Larratt and Michael Todd compete for the right-hand heavyweight title.

This was one of the most anticipated matches of all time for every arm-wrestling fan in the world.

The result was very unexpected.

Michael Todd was disappointed and shocked by the result.

He immediately decided to focus on training and coaching.

Devon Larratt is now the champion of the right-hand heavyweight category.

The Love of His Life

Devon Larratt is married to Jodi Larratt, a famous actress and a professional arm wrestler from Ontario, Canada.

She has acted in several movies, and one of the most popular movies is “The Girl He Met Online.”

They got in love with each other and proceeded to tie a knot in the year 2003.

Now, they are living together with three children in Ottawa, Canada.

”Weight does not win the match, however, given my opponent, the extra weight will not be superfluous.”

”Best wishes to all those away in servitude from their family at this time.”

”I have personally never witnessed an arm break with someone doing the King’s move.”

Larratt is the first armwrestler to gain world championship titles in both left and right hand at the same time.

Larratt earned most of his wealth from participating in armwrestler competitions. In 2019, the total prize money of WAL was around $250,000.

Also, he is still active in giving training classes and selling merchandise of his brand “No Limits” and “Armbet.”

The merchandise comes in different types of products such as apparel, face masks, hats, water bottles, mugs, and more.

Devon has a YouTube channel with over 401,000 subscribers. Moreover, he is a veteran of the Canadian military. On his Instagram, Devon occasionally publishes paid posts.

Other than that, he also owns a company that is related to the sport of arm wrestling — Armbet.

Armbet is a platform that supports and helps the Canadian community to explore arm wrestling as a sport. The platform offers a variety of services to its users, such as skills, training sessions, merchandise, and more.

It also offers its users to find opponents for an arm-wrestling match via matchmaking on the mobile application.

Therefore, Canadian professional armwrestler Devon Larratt has an estimated net worth of $1 million.

READ THIS NEXT: Who is Michelle Kwan?