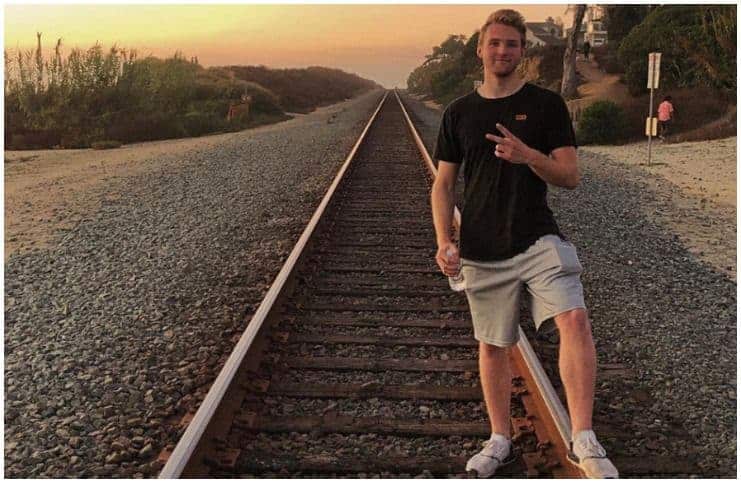 Hayden Bowles is a 19-year-old entrepreneur who founded multiple eCommerce brands over the last 4 years.

Inspired by being a high school dropout himself, he has created an education company teaching people his experience in building companies inside the eCommerce industry, showing an alternative to college.

He runs one of the largest eCommerce YouTube channels with over 166,000 subscribers and frequently posts videos about travel, business and his passion for cars.

At age 17, Bowles moved to LA to pursue his dream of working in the entertainment industry.

Hayden has risen in popularity for his online money making tips and social media, including for Facebook and owning online-based businesses.

”Nobody else in my family was willing to do it for me, and told me to stay in school and start a “business” once I graduate. However not my grandpa.”

”He was more than willing to do that and has provided me with NOTHING but positive encouragement and the best energy I have ever seen in my life.”

”My favorite little quote and saying I always say is:

In order to create balance in your life, you first must have imbalance.

To me, this means working hard 18 hours a day and sacrificing all relationships, social time and anything fun for extended periods of time to work on your business. I did it for 3 years.

My main message I try to convey to anyone I speak with on a personal level asking for advice or my story is super simple.

I did not go to college, in fact, I dropped out of high school. I took a risk while building my business to take advantage of what was already working for me.

I am not special and I am not that smart, but I will outwork you. I make up for my lack of ability to focus by putting in more hours working than the average person.

I struggle with staying focused for long periods of time and have had to slowly build discipline and become slightly better each day, building my habits that have led me to create my companies and projects thus far. I strongly believe that anyone can do anything, but you have to be willing to ignore what other people say about you.

That’s a lot harder than most people think… But entrepreneurship in itself is definitely not for everyone. It takes a specific type of person, and it guarantees massive amounts of stress, fear, and headaches while working long nights into early mornings.

Everything is on you, and it’s a lot of pressure to deal with. I wish everyone nothing but success!

READ MORE: Who Is Crea Tyler?

I have been fortunate enough to give back to those who supported me in the beginning, and have been able to diversify my portfolio. I have investments in the food industry, software, and real estate.”

READ MORE: What happened to HotshotGG?

The introduction video explains to you that the course’s main objective is to focus on one area of “high-level marketing.” As a paying member, you’ll get access to his Facebook group.

”Your focus in life is only as narrow as you choose it to be, and your potential is only as high as you cap it.”

Bowles earned most of his wealth from selling his course online. In addition, Hayden has a YouTube channel that runs advertisements.

Earnings on YouTube are difficult to calculate, but, monetized views range from 40 to 60% of the total views. Also, YouTubers are being paid between $2000 to $5000 per 1 million monetized views after YouTube takes its share. Furthermore, all these monetized views are influenced by several factors, such as:

Therefore, Hayden Bowles has an estimated net worth of $1.1 million.

READ THIS NEXT: Brian Redban Net Worth