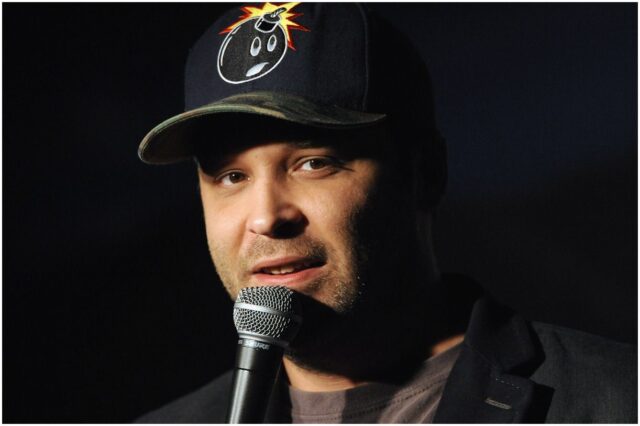 Brian Redban (real name – Brian Reichle) is a comedian and producer who is known for executive-producing the TV series The Naughty Show, that first aired in 2011. Also, Brian has founded Deathsquad, a comedy group. But, Redban is best known for his work on the ”Joe Rogan Experience.”

In 2003, Joe Rogan hired Brian, an employee at a Gateway computer store in Ohio and a self-taught video editor, to work for him full time to produce, film, and edit videos for his website.

Soon after, Redban started to produce videos for Doug Stanhope, which led to Joe Rogan offering him trips to film at his own stand-up gigs.

In 2012, Brian was nominated for a Shorty Award (an annual awards show that recognizes the organizations and people that produce real-time short-form content across Facebook, Twitter, Tumblr, Instagram, YouTube, and the rest of the social web) for best producer of a web show for his work at ”Joe Rogan Experience.”

Redban is the founder of a comedy group called Deathsquad.

Brian is also notably known for his role as co-creator, producer, and co-host of the Joe Rogan Experience, a free audio and video podcast that is hosted by American actor, comedian, television host, and sports commentator Joe Rogan.

The majority of the episodes are up to 3 hours. They are in a continuous live-streamed format that enables an in-depth conversation with numerous different topics and guests, ranging from entertainers and celebrities to athletes and scientists.

In January 2015, The Joe Rogan Experience podcast was listened to by more than 11 million people. In February 2014, it won a Stitcher Award for Best Overall Show of 2013. In 2012, the podcast was voted Best Comedy Podcast by users of iTunes.

The first guest on the podcast was comedian Ari Shaffir (an American comedian who is the host of the Skeptic Tank podcast), who appeared on the 3rd episode broadcast on January 6, 2010.

With over 1289 episodes and counting, The Joe Rogan Experience has been running for 9 years and is one of the most-listened to contemporary podcasts. The 1,000th episode aired on August 18, 2017, and featured comedians Tom Segura (an American stand-up comedian who co-hosts Your Mom’s House podcast) and Joey Diaz as guests.

In 2013, Brian started to reduce his time as The Joe Rogan Experience podcast’s sole producer. Redban explained that Joe Rogan had started to record multiple podcasts per day, and “it got to the point where [Rogan] wanted to keep on going, six, seven hours.”

This became too much work for him to handle by himself.

In 2020, Brian appeared in the documentary series ”The Comedy Store.”

Brian Redban is in a relationship with Janice Min.

Redban appeared as himself in the parody documentary Chronic-Con, Episode 420: A New Dope.

Redban earned most of his wealth by working on The Joe Rogan Experience podcast. In addition, he is the producer of the TV series The Naughty Show as well as the founder of a comedy group called Deathsquad.

Therefore, comedian Brian Redban has an estimated net worth of $1 million.

READ THIS NEXT: Andrey Yanyuk Net Worth