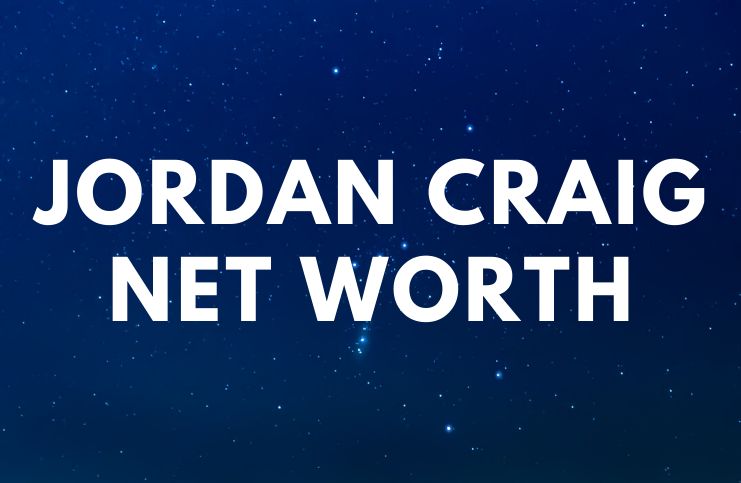 Jordan Craig is an American Instagram celebrity and model who has over 709,000 followers. On her Instagram account, Jordan shows off bikini photos as well as luxury accessories and fashion.

Craig published her first Instagram photo in February of 2012.

But, about 1 month later, Tyga filed for divorce, which was finalized in 2011.

Note – Tyga is an American rapper who released a single, named – “Rack City,” that peaked at #7 on the Billboard top 100 in 2011. His stage name (Tyga) stands for Thank You God Always.

Jordan and Thompson have a son together, named Prince. But, Craig did not list Tristan as the father on Prince’s birth certificate due to the fact that he was not present at the hospital for his name (Thompson) to be added on the birth certificate.

During an interview, Jordan revealed that she believed Tristan’s cheating with Khloe Kardashian led to “pregnancy complications.”

“This brought an enormous amount of negative, unwanted attention and stress into my life, and more critically, into my pregnancy.”

According to reports, Jordan and Tristan have been battling it out in court over Prince’s support payments.

In her original court documents, Instagram celebrity declared that Tristan had only visited Prince 9 times in 2 years. During a deposition in January 2019, Thompson denied that accusation, however, Thompson said that he couldn’t remember the precise number of times he had seen Prince.

A judge ruled that the NBA star will have to pay $40,000 a month in child support for his son. The money will continue until his son is 18-years-old, or ordered by the court, or becomes self-supporting and emancipated, or until he graduates from high school.

Moreover, Tristan must pay $1,250 a month to a savings plan for his son along with $2,000 for his private tutor. If Prince attends a private school the $2,000 for the tutor’s payments will stop, however, Tristan will pay 100% of the school’s tuition.

In addition, Thompson will have to pay $200,000 in back child support.

Jordan motivated that Prince should be afforded the same lifestyle that his father is currently living. She said:

“On Tristan’s spreadsheets, it looks like he’s frequenting Nobu (the worlds most recognized Japanese restaurant) and several top-rate restaurants — Craig’s in Los Angeles. My child should share in the same lifestyle.”

”Always be a girl with a mind, a woman with an attitude & a lady with class.”

”These days I’m letting God handle all things above me.”

”Being Classy means always being Kind, Respectful & Polite, even to those who are unkind to you.”

”Time is too valuable to be wasted on anything less than love, good vibrations & unforgettable experiences.”

Jordan is cousins with Eniko Parrish, who married Kevin Hart on August 13, 2016.

In 2015, Time Magazine named Kevin one of the 100 most influential people in the world. Hart released several comedy albums, such as – What Now?, Let Me Explain, Laugh at My Pain, and Seriously Funny.

Craig earns most of her money from being a model and publishing sponsored posts on her Instagram account.

In addition, Jordan has her own lifestyle blog – alleyesonjordyc.com, on which she publishes blog posts from travel destinations to household DIY ideas. Therefore, Jordan Craig has an estimated net worth of $1.7 million.