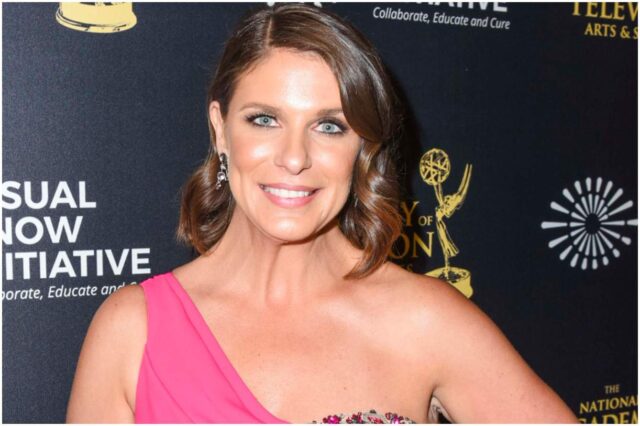 Vivian Howard is an American head chef who starred in PBS’ award-winning program A Chef’s Life. In addition, she opened several restaurants, and published a book – ”Deep Run Roots: Stories and Recipes from My Corner of the South.”

Howard was raised by parents who were farmers in Deep Run, North Carolina, USA.

In 2004, Vivian graduated from the Institute of Culinary Education in New York City, one of the largest and most diverse culinary schools in the world.

After college, she moved to New York to work in advertising.

In 2005, Howard and Ben Knight (her now husband) decided to return to Vivian’s hometown. In the summer of 2006, the couple opened Chef & the Farmer. At their restaurant, over 60 percent of the ingredients used come from within a 90-mile radius.

In each episode, Vivian took viewers behind the scenes with her children, her parents, her husband, local farms, and in her Kinston restaurant.

During an interview, she said about the series:

“When we first started making the show, I didn’t think anyone was ever going to see it so I was completely uninhibited.”

Greg Cox, a Restaurant reviewer, wrote about the TV series:

“Chef & the Farmer is much more than a stopover.”

After five seasons, ”A Chef’s Life” ended on October 22, 2018, with a one-hour finale, titled – “Harvest Special.” The television series was broadcast by PBS and was produced by Markay Media.

”Everyone who worked on the whole first season of the show did not get paid.”

”They just did it because they believed the story was important and they knew that it was going to have legs.”

After the series ended, she recalled:

“One of the major differences between A Chef’s Life and so much other television is that we chose to show and highlight the imperfections of my life.”

On October 4, 2016, she published a book titled – ”Deep Run Roots: Stories and Recipes from My Corner of the South.”

The book remained for three weeks on the New York Times Bestseller List.

The cookbook was selected as the winner of the 2017 Southern Book Prize for the Nonfiction – Cooking category, and it was nominated for a James Beard award for the American Cooking category.

In 2005, she opened her first restaurant, named – ”Chef & the Farmer.” It was followed by the Boiler Room.

In 2017, Vivian and her husband opened Benny’s Big Time Pizzeria.

Vivian Howard married Ben Knight, a painter and a professional in the food industry. The two met while working together at Voyage restaurant in New York City.

The couple has two children, Theo and Flo.

”I’m the mother of a twin boy and girl who once doubted her maternal instincts.”

”I like to teach, so whenever I’m creating something or designing a dish or trying to get a point across, I do a lot of storytelling.”

”My food is really based around modern takes on traditional dishes.”

”I think that my leadership style mimics my father’s. My dad is a farmer, historically a tobacco farmer.”

Between 2011 and 2015, Vivian was a James Beard Foundation Award semi-finalist for Best Chef Southeast.

His legacy lives on in 20 books and his foundation’s annual James Beard awards.

When asked about how she found her love for cooking, Howard responded:

”In my family, everything centers on what we are going to eat next. It has always been that way, and I really think my love for cooking comes from the love of eating.”

Howard earned most of her wealth from her business, opening four restaurants.

In addition, she co-created A Chef’s Life, an American documentary-style cooking show. As of 2015, each episode had more than 2.5 million viewers and was broadcast in at least 96 percent of the US.

She also sells t-shirts, books, food, and accessories on her website – vivianhoward.com/shop. Therefore, Vivian Howard has an estimated net worth of $5 million.

READ THIS NEXT: Who is Preacher Lawson?