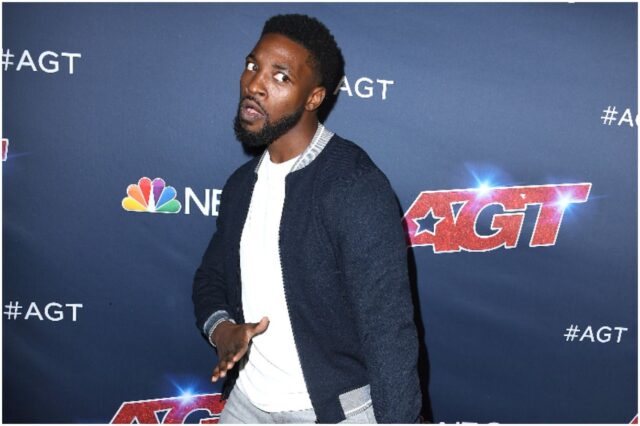 Preacher Lawson is an American standup comedian who has competed in many comedy festivals around the US. But, Preacher gained fame after competing on the 12th season of America’s Got Talent in 2017.

In 2019, Lawson participated in America’s Got Talent: The Champions, where he took 5th place.

Preacher said about his childhood:

”I was born in Portland, Oregon, but raised most of my adolescence in Memphis.”

He first started to write jokes when he was 16 years old. At age 17, Preacher first began doing standup comedy.

“I started writing jokes when I was 16 for about a year, then decided to perform for the first time at age 17 as a bet between my mother and I.”

AGT is a talent show featuring comedians, magicians, dancers, and singers competing for a million dollars. It was created by Simon Cowell in 2006.

He said about his first appearance on the show:

“I was like stop like this is home. I feel more comfortable on stage then when I’m talking to people sometimes.”

Preacher went on to say:

”When I’m on a stage, I’m like this is mine, this is my world, so I was never nervous.”

On AGT, Lawson was judged by:

For the finale, he participated in a stand-up conversation video with American comedian Kevin Nealon and Canadian comedian Howie Mandel. But, Lawson did not receive enough votes to advance to the top 5.

Overall, he said it was an excellent experience that changed his life:

“It changed my life, I have a lot more friends and family then I remember. But, ultimately, I get to do what I love.”

In 2019, the Oregon-born comedian participated in America’s Got Talent: The Champions. Lawson finished in fifth place, behind:

When he took to the stage for the first time, he said jokes about being a vegan and dating a white girl. He said:

The channel has over 560,000 subscribers and over 19 million views.

The most popular video on his channel is titled – ”Somebody Stole My Jokes.” The video was published on October 31, 2018, and it has more than 1.7 million views.

The second most popular video is named – ”Cooking With A Comedian – How To Make A Veggie Burger (Black Bean) @PreacherLawson.” The video has over 880,000 views, and it was published on April 16, 2017.

Preacher Lawson has been in a relationship with Janine Foster, an American songwriter and singer who graduated from the University of Auckland with a bachelor’s degree in music. Foster began performing at open mic nights when she was 14 years old.

In 2019, Lawson confessed about his dating life:

“I would never date a non-vegan.”

”I just show people how to cook stupid easy recipes to read that are super healthy.”

”Now I’m way more confident than when I was on (America’s Got Talent) in 2017. I don’t rush through my set. I’ve carved out my identity as a comic.”

He appeared on Comedy Dynamic’s “Coming To The Stage.”

In 2016, he won the Seattle International Comedy Competition.

In 2015, Preacher won the Funniest Comedian In Florida.

Lawson earned most of his wealth from his stand-up comedy shows. But, he is best known for appearing on the TV show “America’s Got Talent” where he was a Top 5 Finalist.

Additionally, he appeared on America’s Got Talent: The Champions in 2019. Also, he has a YouTube channel with over 560,000 subscribers. Furthermore, Lawson sells merch on his website – preacherlawson.com/shop. Therefore, Preacher Lawson has an estimated net worth of $1 million.

READ THIS NEXT: Eric Weinstein Net Worth