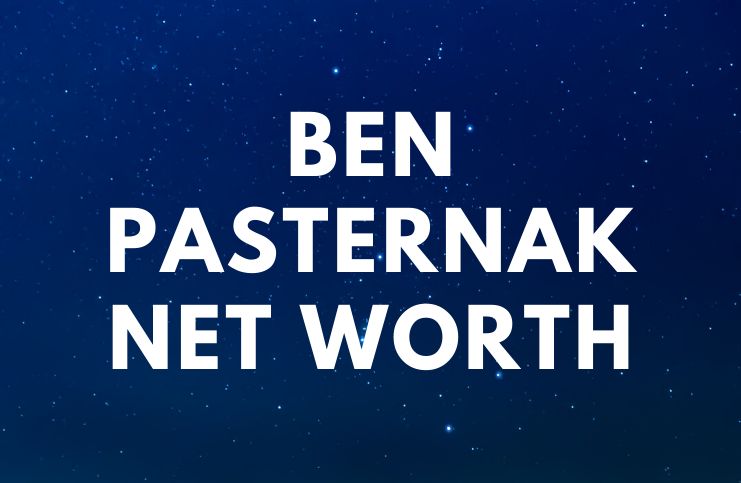 Ben Pasternak is an Australian who first gained fame after he released his smartphone game titled – ”Impossible Rush” in October 2015. The app was downloaded more than 500,000 times in its first 6 weeks.

Pasternak is also known as the creator of the Flogg shopping smartphone app, and Monkey – a video chat-based app.

Ben has two younger siblings named Maya and Jake. His parents’ names are Mark and Anna.

According to his father, Pasternak has always had a mind for business.

During an interview, his father said:

“When he was at school in Year 5, he bought one of those huge Chupa Chups [lollipop] boxes and wanted to sell them.”

“After the first day, he decided it was a waste of his lunchtime, so he hired another kid to sell them for 30 cents. He would get 20 cents and the kid would get 10 cents. I thought that was pretty resourceful.”

While being bored in secondary school in his native Australia, Pasternak created ”Impossible Rush,” an app with a simple appearance. However, it is one of the hardest games you will ever play.

Ben sold the app to Carlos Xavier Fajardo for $200.

His second game for smartphones was – ”Impossible Dial.” The app earned him around $85.000 dollars.

“Everyone has hyped up what I’ve achieved, but I feel like I’m just getting started.”

”I don’t feel like there’s anything to brag about what I’ve done.”

At age 15, he left school and moved from Sydney to New York in the US to work on a new venture – Flogg (a social networking app for young people to buy and sell).

“Both of us are university educators, so for our son not to finish school and then go on to university is a big deal.”

Following his attendance at the Hack Generation Y conference, his new app was funded by prominent Silicon Valley investors. He raised around $2 million in initial funding for the app Flogg.

For instance, Binary Capital (a venture capital firm that is based in San Francisco), Paul Bricault, and John Maloney founded Flogg.

”[My parents] weren’t convinced about me leaving school at first.”

“But after venture capitalists got interested and said they’d put down money, I was like, ‘I won’t get this opportunity again!’”

Flogg was launched on April 13, 2016. It was temporarily the No. 1 trending app in Australia, Germany, and the US.

After Flogg exploded, his mother was asked how Ben is coping with life in the US. His mother responded:

“Remarkably well. I can’t believe it. I thought he would last about three months, he’s been there for well over a year.”

On November 29, 2016, he launched Monkey, a video chat-based app for teenagers to meet new people.

“People have met best friends, partners and even have gotten married through Monkey.”

“Monkey has created tens of millions of meaningful relationships.”

At the start of 2018, Holla (the US competitor) acquired the app for an unknown amount.

During a recent interview, the entrepreneur confessed:

“We started Nuggs because you know, I really like nuggets. Most young people really like chicken nuggets. But the way they’re made is not great.”

Pasternak went on to say:

In July 2019, Ben announced that he received $10 million in funding, including $4.5 million from McCain Foods. He said:

“McCain, who is our lead investor, they sell one in three french fries on the planet, so they can open the door to anywhere we want.”

”I’m never learning to drive. Cars are so big and ugly. In fifty years, we’ll look at them like steam locomotives.”

”There’s so much stuff I’ve got to take care of, like dishes and washing clothes.”

”One of the big problems is that all the apps out right now are built by a bunch of adults.”

During his attendance at the Hack Generation Y Silicon Valley conference, Pasternak was pictured alongside Tim Cook, a business executive who took over as CEO of Apple, Inc in August of 2011. Tim took over as Apple’s CEO following the resignation of Steve Jobs, who died about one month and a half later.

In 2014, Cook was the Financial Times Person of the Year. In 2012, Tim was the highest-paid CEO in the world, with a compensation package totaling $378 million. Cook graduated with an MBA from Duke University. He joined Apple in 1998. In 2014, Tim came out as gay, the first Fortune 500 Chief Executive to do so.

Pasternak’s great-grandfather was Russian immigrant Isador Magid, and the inventor of Twisties, a type of cheese curl, corn-based snack food product, that is very popular in Australia.

Ben’s great-grandfather is a property magnate worth $300 million.

In 2016, he has been named in Time magazine list of 30 Most Influential Teens.

Pasternak earned most of his wealth from creating smartphone apps. His second app – Impossible Dial, earned him about $85,000.

READ THIS NEXT: Who is Scott Rogowsky?