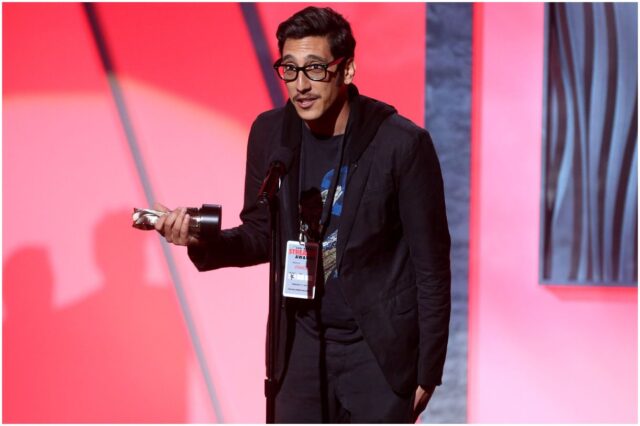 Kassem G (real name – Kassem Gharaibeh) is a Jordanian-American Youtuber who is best known for his YouTube channel, which has more than 2.4 million subscribers.

Gharaibeh resided in Saudi Arabia when he was very young before moving to Southern California with his parents at the age of four.

He grew up in Ventura County, California.

Before starting his Youtube channel, he was involved with Best Buy Co. Inc., an American multinational consumer electronics retailer that has its headquarters in Richfield, Minnesota.

While working at Best Buy, Gharaibeh did stand-up on the weekends to crowds of 15 people at Chinese restaurants.

After quitting his regular job at Best Buy Co. Inc., he started his Youtube channel by the name of KassemG in 2006, where he interviews and sketches comedy.

For instance, on the web series ”Going Deep,” Gharaibeh asked his guests questions about their careers and typically implored them to perform skits with him. Notable guests have included:

It is unknown at this time if the interviewees are told before it is for humor or if the opposite is true.

Kassem got the idea to start making videos when his friend Cory Williams had a video that went viral. Gharaibeh said:

”Initially, I just thought YouTube would be a place I could upload poorly edited clips of my stand-up. And early on that’s what it was. It was just fun. But after you start to draw a little following, you see the potential in a site like YouTube.”

In 2011, he became a guest host of the Ray William Johnson Equals series.

For his works in California On, Kassem won Streamy Award for Best Host in 2013.

G has appeared on the cannabis culture-oriented podcast Getting Doug With High six times. Furthermore, Kassem performed the voice of Cucumber in the Annoying Orange series.

Kassem appeared in a brief role in the movie Transformers: Age of Extinction alongside Nicola Peltz, Mark Wahlberg, and Sophia Myles.

Maker Studios is the global leader in online short-form video and the largest influencer network worldwide.

With over 60,000 channels, Maker Studios is one of YouTube’s largest multi-channel networks, which are organizations that affiliate with multiple YouTube channels to help them with monetization and audience development, in exchange for a portion of the advertising money that the YouTube channels generate.

On March 24, 2014, G sold Maker Studios to The Walt Disney Company for $500 million, rising to $950 million if financial milestones were met. Disney ended up paying only $675 million for Maker Studios.

in 2014, Maker Studios announced that it would pare down its 60,000 partnered YouTubers to under 1,000. Little Jay Berry, a YouTuber who left Maker’s network, said:

“I thought having a partnership meant being partners, not doing everything alone or feeling isolated like I do with Maker.”

After G sold Maker Studios, he stopped making videos. But, in 2015, Gharaibeh has released a new video on his YouTube channel, during which he heads to the woods to search for the legendary Bigfoot (Sasquatch).

There is no information about Kassem’s romantic life.

G also has a secondary channel by the name ”KassemGtwo,” which has around 450,000 followers. On June 8, 2009, he created this YouTube channel. It has no real differences from his main channel; however, it was primarily to upload videos for his new series ”AsKassem.”

In the year 2011, G co-starred as Mr. Anderson in the YouTube film Agents of Secret Stuff alongside Ryan Higa.

Other movies in which G appeared include the following:

In his web series ”Street Music,” Kassem and NicePeter improvise songs throughout the streets of Los Angeles about the people and things they see, typically to the confusion or displeasure of the subjects.

When asked about why he started to interview adult movies stars on his YouTube channel, G replied:

”I really like the idea of presenting adult actresses in a format that doesn’t include sex. It takes some of the ‘pressure’ off of them, enabling their real personalities to come through.”

Gharaibeh earned most of his wealth from appearing in numerous movies, advertisements on his YouTube channels, sponsors, and his part from selling Maker Studios, Inc.

Selling Maker Studios, Inc. made Kassem a rich man. Therefore, YouTuber Kassem G has an estimated net worth of $6 million.

READ THIS NEXT: Facts about Leanna Bartlett