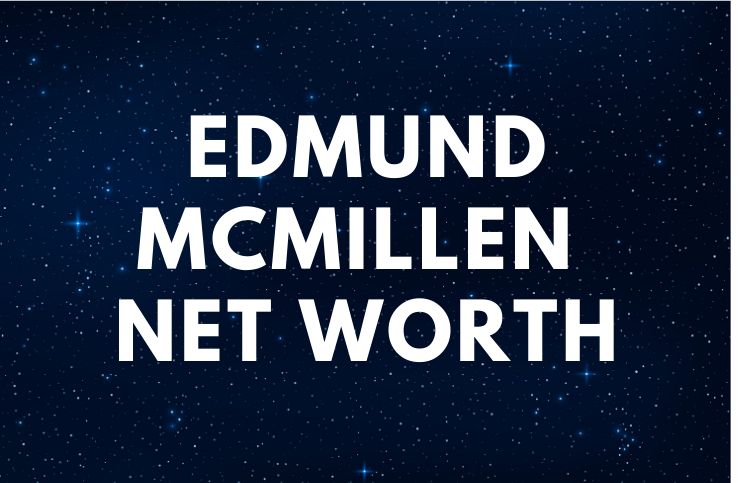 Edmund McMillen is an American video game designer who is best known for The Binding of Isaac and Super Meat Boy. In 2019, Edmund released his latest video game, titled – ”Legend of Bum-bo.”

McMillen was born on March 2, 1980, in Santa Cruz, California, USA. He grew up in a religious family. During an interview, McMillen said:

“My grandma was Catholic. Very, very religious. But not in a negative way, surprisingly. She would never push it on anybody.”

“My dad’s side of the family, they’re all born-again Christians.”

In 2004, McMillen designed one of his first video games, named – ”Carious Weltling.”

In Super Meat Boy, the player controls Meat Boy, a cube-shaped character, as he attempts to rescue his girlfriend from Dr. Fetus, the game’s antagonist.

The $15 game has sold more than 2 million copies.

He said for Destructoid:

“It [Super Meat Boy] was a good game and I hit the hell out of that thing and we worked on it for a really long time and did a really good job.”

Edmund went on to say:

“In terms of its design, it was the most simplistic thing I could have ever done to find success with.”

The game received awards for the Most Challenging Game from IGN.

The Binding of Isaac

His follow-up to Super Meat Boy was The Binding of Isaac. It was released in 2011 for Microsoft Windows.

In the game, a boy is locked in the basement of his home by his mother. There, the boy must survive an unending wave of horrors.

The Binding of Isaac features 13 possible endings, one after each major boss fight.

McMillen said about the game:

”The basic concept of Isaac was to make a seemingly endless experience.”

”Roguelikes are notorious for being able to do this very well, so I pull a lot from the core design of them in Isaac to create a dynamic world that feels endless, surprising, and mysterious.”

In 2012, Edmund said Nintendo blocked the game from launching for the 3DS due to its questionable religious content.

By July 2014, The Binding of Isaac sold over 3 million copies.

The Binding of Isaac: Rebirth

Rebirth is a remake of The Binding of Isaac. It was initially released in November 2014 for PlayStation Vita, PlayStation 4, Linux, OS X, and Microsoft Windows.

According to Gamespot, Apple has rejected ”Rebirth” from release on the App Store in 2016 due to its reported depiction of violence.

As per the rejection letter:

“Your app contains content or features that depict violence towards, or abuse of, children, which is not allowed on the App Store.”

The End is Nigh

It is a platforming adventure video game that was developed by Tyler Glaiel and McMillen. The End is Nigh was released on July 12, 2017, on Microsoft Windows via Steam.

It is divided into over 600 single-screen interconnected levels, forming more than 12 chapters. The End is Nigh has been described as a successor to Edmund’s Super Meat Boy.

In November 2019, Edmund and James Interactive released Legend of Bum-bo. The game can be downloaded from Steam.

The game follows Bum-Bo the Brave as he ventures into a damp sewer in pursuit of a creature who has stolen his special coin.

There are 4 main chapters that will require completion with each character to unlock a final character and showdown.

During a recent interview, McMillen declared:

“I’m sure that people who like Isaac will like Bum-bo, but it’s a strategy game. It’s more relaxed and more of a thinker’s game than a run-and-gun type.”

In a different interview, Edmund said about the game:

“I always wanted to do something PopCap-ish.”

”I wanted to make the most obtuse, long-winded, and complicated version of Bejeweled possible, with lots of poop, and pee, and boogers.”

”It was an honor to make a game that we put so much of ourselves into, and that so many people appreciated.”

”Steam listens to its developers. They listened to us when it came to our suggestions for how we should push the sale.”

When asked by Vice about his favorite game, he responded:

”Spelunky has to be at least in my top ten best games of all time. I love that game so much. It’s such a game developer’s game.”

Edmund went on to say:

”I think Braid is a fantastic game, World of Goo, and Cave Story is phenomenal too.”

Guppy was Edmund and his wife’s first cat. The couple adopted the cat in 2002. The cat, unfortunately, died. During an interview with Euro Gamer, he said:

“Guppy was our only cat for seven years. He was a very odd ‘lil boy. He hated people. He was scared of the outdoors and had a habit of making direct eye contact and never looking away.”

”He was extremely loving to us, a great majority of my games were made with him laying his head on my right arm while I drew with my left.”

McMillen earned most of his wealth from producing several video games, including – Super Meat Boy, The Binding of Isaac, The Binding of Isaac: Rebirth, and Legend of Bum-bo. His games sold in over 7 million copies. Therefore, Edmund McMillen has an estimated net worth of $2.7 million.