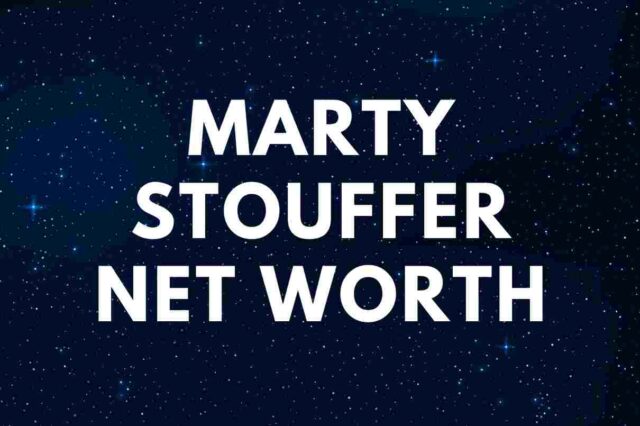 Marty Stouffer is an American documentary filmmaker who is best known for his Wild America PBS TV series involving endangered wildlife. He has described himself: “I’m an entrepreneur, a raconteur … and probably, more than anything, I’m a storyteller.”

He was born on September 5, 1948, in Fort Smith, Arkansas, USA, as Martin Luther Stouffer Jr.

Marty was raised in Fort Smith, in western Arkansas, on the border with Oklahoma.

He went to Alaska to record footage with a Super 8 mm movie camera at the age of 19.

In June of 1970, he graduated from the University of Arkansas with a degree in English. After college, Stouffer traveled to Africa and filmed the “Botswana, Where a River Dies” documentary.

In the mid-1970s, Marty and his brother Mark produced the NBC-TV Special “The Predators” (narrated by Robert Redford) and the film “The Man Who Loved Bears” (narrated by Will Geer).

In 1981, PBS signed for the rights to broadcast Stouffer’s television series Wild America. It became one of PBS’s most highly rated regular series.

In 1982, he registered the trademark for” Wild America.”

In 1996, Marty was fined $300k for illegally building a trail near an elk migration route through property owned by the Aspen Center for Environmental Studies in Colorado.

Also in 1996, Stouffer was accused of staging fights between predators and filming supposedly wild scenes in cages.” My conscious is clear,” he told AP News. Marty added:” I love animals. I’m not a bad guy. I’m not cruel. I don’t torture animals.”

The film stars Scott Bairstow, Devon Sawa, and Jonathan Taylor Thomas. It grossed over $7.3 million at the box office.

In March 2015, he started a Kickstarter campaign to finance a 4K resolution remastering of Wild America. It only raised $3,410 of the target $1.25 million.

In December 2018, Marty Stouffer and Marty Stouffer Productions, Ltd. filed a lawsuit against National Geographic Partners alleging that the company made copycats of his hit TV show with similar titles like America the Wild, America’s Wild Frontier, or Surviving Wild America.

“The National Geographic defendants specifically copy many iconic images from ‘Wild America,’ including, among others, the image of two bighorn sheep head-butting one another,” the suit says.

“When it comes to protecting Wild America and my life’s work, I am like a grizzly bear protecting its cubs,” Stouffer stated.

In 2020, Stouffer’s trademark lawsuit against National Geographic is headed to a federal appeals court after a district court judge dismissed Stouffer’s local complaint.

The couple has a daughter and a son.

His daughter, Hannah Stouffer, is an illustrator and artist who has worked with IBM, Nike, Npr, Christian Dior, Microsoft, The North Face, The New York Times, Disney, Vans, and American Express.

Stouffer earned most of his wealth from serving as the producer and narrator of Wild America.

The Wild America series contained a total of 120 half-hour episodes. He earned as much as $250,000 per show from PBS.

In 1996, Outside reported that Wild America has earned Marty an estimated $18 million during its run. The series has also amassed sales of videos, both DVD and VHS, totaling over $60 million.

Therefore, narrator Marty Stouffer has an estimated net worth of $5 million.

READ THIS NEXT: Who is Seamus Blackley?