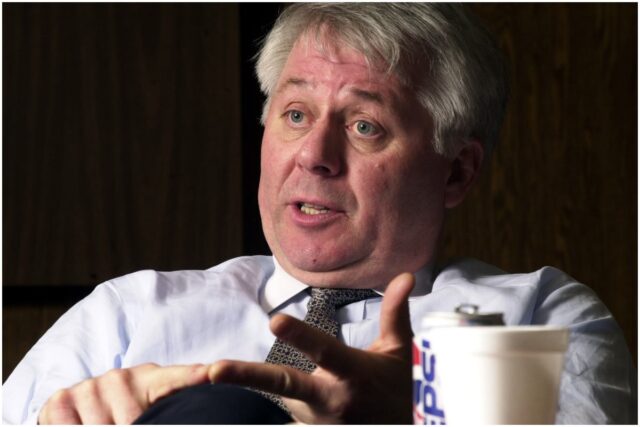 He publicly exposed the company’s efforts to increase the addictive components in cigarettes.

”Jeff Wigand is one of a kind. I found him to be extremely intelligent, driven, and very courageous,” said Mike Moore, former Attorney General of the State of Mississippi.

Wigand was the eldest of five children.

Jeffrey had a short assignment in Vietnam.

In 1989, he joined Brown & Williamson, a tobacco firm founded in 1893 by Robert Williamson and George Brown. In 2004, the company merged with R.J. Reynolds, creating Reynolds American, Inc., the 2nd largest tobacco company in the US.

He later became the Vice President of Research and Development at Brown & Williamson.

Wigand said he accepted the job to develop a safer cigarette. ”People will continue to smoke no matter what, no matter what kind of regulations,” Jeffrey explained in his 60 minutes interview in 1996. He added: ”If you can provide for those who are smoking, who need to smoke, something that produces less risk for them. I thought I was going to be making a difference.”

Later that year, the company produced a 500-page document that portrayed Jeffrey in a negative light.

He also delivered a deposition against the tobacco industry in a Mississippi courtroom.

On February 4, 1996, Wigand stated that Brown & Williamson had manipulated its tobacco blend with chemicals to increase the effect of nicotine in cigarette smoke on the CBS news program ”60 Minutes.”

Jeff Fager, 60 Minutes Executive Producer, said: ”The story itself was one of the most important stories that was ever reported by 60 Minutes.”

Once Wigand decided to serve as an expert witness in tobacco trials and to go to the media, he experienced immense intimidation and pressure from the tobacco industry to stop.

”I never expected death threats against me and my family. I never expected to find a bullet in my mailbox,” Wigand said in a later interview. He continued: ”I never expected a 500-page dossier that was part of a campaign to ruin me. But guess what? We were successful.”

He was played by Russell Crowe in the film The Insider (1999).

Russell Crowe won an Oscar nomination for his portrayal of Jeffrey.

”The Insider” focuses on Jeffrey and a battle within CBS over whether to air his story about tobacco companies.

The film also stars Michael Gambon, Diane Venora, Bruce McGill, Christopher Plummer, and Al Pacino. It grossed more than $60 million at the box-office. The script was adapted from the 1996 Vanity Fair article “The Man Who Knew Too Much.”

”I do not enjoy watching the movie because of its congruence with the events of a very difficult time which brings back some very uncomfortable memories,” Wigand said about The Insider.

His first wife is named Linda. They first met in 1970 while attending a judo class and got married in 1971. The two later divorced.

In 1986, Wigand married Lucretia Nimocks. The two met while Wigand was working at Johnson & Johnson. They divorced in April 1997. Jeffrey and Lucretia reportedly divorced due to the danger he represented for her and their kids.

In 2000, it was reported that Nimocks demanded payment for the use of her life’s story in ”The Insider.” In addition, she wanted the film to be changed to portray her and her kids more accurately.

Currently, Jeffrey Wigand is married to Hope Elizabeth May, an American lawyer, author, and philosopher.

”What do you do with the knowledge I’ve shared with you?”

”I am honored that people think I am a hero.”

”Reporting stories that someone doesn’t want covered is what journalism is all about.”

He is the founder of Smoke-Free Kids in Charleston, South Carolina, a non-profit organization that is dedicated to teaching children about the dangers of tobacco.

In 1996, Wigand was named Teacher of the Year for the state of Kentucky.

After Wigand was fired from the company, he began working for ABC. He also taught Japanese, biology, and physical science at duPont Manual Magnet High School in Louisville, Kentucky, for an annual salary of $30k.

Jeffrey was not paid for the drama film ”The Insider” since he ”was a public figure and as such did not have rights to the story or the production of the movie.” Wigand also lectures around the world for various tobacco-related issues.

Therefore, Jeffrey Wigand has an estimated net worth of $1.5 million.

READ THIS NEXT: Who is Ainsley Earhardt?