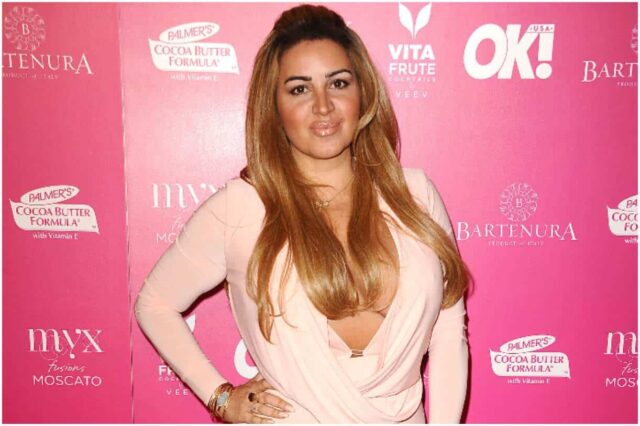 What is the net worth of Mercedes “MJ” Javid from Shahs of Sunset?

MJ is an Iranian American real estate agent living in Los Angeles—and a star of the hit show, Shahs of Sunset.

The show follows her life and relationships—including a tumultuous bond with her mother, her marriage to Tommy Feight, and her 30-year friendship with co-star Reza Farahan.

Is there more to the larger-than-life reality star than meets the eye?

Mercedeh Christine Javid was born in Tehran, Iran, on August 12, 1972.

The feisty youngster moved to the US with her family, graduating in 1990 from Beverly Hills High School—the former stomping ground of Nicolas Cage, Angelina Jolie, and Lenny Kravitz.

Mercedeh, who at that time was going by the name Mercedes, went on to California State University, where she graduated with a BA in English Literature in 2002.

Javid was raised with a strong faith, which saw her through the loss of her father in May 2018.

She has often spoken about her bond with her father, describing him as trusting, positive, and encouraging.

MJ and her mother have long had a tense and difficult relationship—with her mother often critical of her appearance, behavior, and weight.

At the age of 14, she was put on diet pills to try and remedy the latter—but MJ gave them up several years later. In 1994, aged 22, she was convicted of bank fraud.

He would go on to be her ‘partner in crime’ for the next phase of her life.

READ MORE: What is the net worth of Geoff Keighley?

In 2012, the path Mercedes was on changed dramatically, when she was cast as one of the stars of Shahs of Sunset.

The show followed the lives of a group of Iranian American friends living in Los Angeles—or as they dubbed it, Tehrangeles.

The series was canceled in 2022 after nine seasons.

The End of a Friendship

After 30 years of friendship, the relationship between MJ and Reza became strained following a series of issues—all of which played out on reality television.

These rumors, including that he played naked Jenga with other men, triggered a response from Reza, and retaliation from MJ’s husband.

Tommy Feight was charged with vandalizing Reza and his husband’s L.A. home, and the couple filed a restraining order against him.

Reza, often hailed as the star of the Shahs of Sunset show, has been open in his experience with prejudice—as both an immigrant and because of his sexuality—and has received support from fans and the celeb community after being targeted by MJ and her husband.

Reza—who is married to a former fashion model—originally joined Shahs to portray a positive image of gay people, and support teenagers who were being persecuted for their sexuality.

About the ongoing drama between the former friends, Reza accused her of being ‘evil’ and ‘plotting against (her) best friend of 30 years.’

A New Shah In The Family

Mercedes “MJ” Javid married Tommy Feight in 2018, at the Jeremy Hotel in L.A. after a 3-year engagement.

The pair, who had first started dating in 2014, struggled to conceive naturally, and went through IVF.

Mercedes, who was already in her mid-40s when she got married, but through medical intervention she fell pregnant—and gave birth by cesarean section aged 46.

MJ complained about her experience at the time, noting that she gained considerable weight—which was something she had struggled with her whole life. She also explained that it made her moody and not feel like herself.

The reality star later claimed on Instagram that she was in ICU and lost two-thirds of her blood. She also stated that she could ‘never carry a baby again,’ after an emergency hysterectomy.

MJ earned most of her wealth from starring in 99 episodes of Shahs of Sunset as well as in other TV series.

Ready to learn more about the Queen of Tehrangeles and her posse? Follow her on Instagram for updates, or watch the latest episodes of Shahs of Sunset here.

READ THIS NEXT: Who is Laura Stylez?