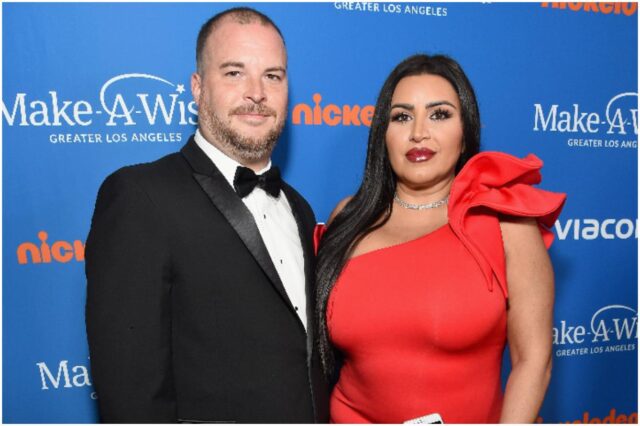 What is Tommy Feight’s net worth?

Tommy Feight is an American businessman and celebrity spouse who serves as the marketing director of Blow & Drive Interlock.

He was born in California, USA. He currently works as a Marketing Director for Blow & Drive Interlock.

The company developed cutting-edge technology, which the United States government uses to monitor criminals in an effort to keep the streets safe and save lives.

Moreover, Blow & Drive Interlock installs, markets, and monitors a breath alcohol ignition interlock device, BDI-747/1, a mechanism that is installed on the steering column of an automobile and into which a driver exhales before starting the vehicle.

In 2015, he started dating Mercedes “MJ” Javid. They met through Tinder.

In an interview, MJ quoted:

“I’m going to birth a child and be married. When we’re blessed with a pregnancy, Tommy and I will have a legal ceremony and my babies are not going to be bastards.”

In 2018, following a 3-year-long engagement, Tommy Feight has married Mercedes “MJ” Javid at the Jeremy Hotel in Los Angeles.

“Tommy makes me laugh. I make him laugh. He considers himself ‘the funniest person he knows.’ The best part is that I get to make him laugh every day.”

After the wedding, MJ said:

“I’m very happy to be finally a newlywed. I love him unconditionally, and compassion is a good thing. I’ve learned that — yes, lately.”

Their wedding was shown during the last week on the season seven finale of ”Shahs Of Sunset,” A TV show that follows a group of 6 Persian-American friends in Los Angeles who try to juggle their active careers and social lives. The series debuted on March 11, 2012.

Known as “MJ,” his wife is a real estate agent and co-star of the hit Bravo reality show Shahs of Sunset. Mercedes Javid was born on August 12, 1972, in Tehran, Iran, as Mercedeh Christine Javid.

At some point, MJ started undergoing IVF treatments (a process of fertilization where an egg is combined with sperm outside the body) to become pregnant after their wedding.

“The truth is that I have a lot of ups and downs, moment to moment, especially on the hormones from IVF stuff.”

In November 2018, Tommy and his wife revealed that they are expecting a baby in 2019. MJ said that her dream has eventually come true.

Mercedes announced her pregnancy while filming the Shahs Of Sunset reunion, which aired on Bravo.

“We do happen to have the name. And the name is actually unisex. We’re holding onto that.”

After losing her father earlier this year, Mercedes says she is “really happy to open a new chapter” following such a devastating period of time. She explained:

“I’m hoping that my baby will remind me of my father and, of course, have a piece of Tommy and me. It’s the cycle of life.”

In December 2018, Mercedes shared that, at a checkup after Christmas, her healthcare professional discovered that.

”my cervix suddenly measured too short, around 1.3 centimeters, which is high risk for m.c.”

”I got an epidural, an overnight stay at the hospital for a surgery called cervical cerclage, which is considered a rescue.”

In a different interview, Mercedes said:

”How I’ve gotten through this emotionally is by the strong, peaceful and beautiful spirit of my father, my maternal strength, and the unrelenting support of my husband.”

”Spent my whole life thinking I didn’t need him, now I don’t know how I ever lived without him,” Tommy wrote on his Instagram in February 2020.

Besides his job in marketing, Tommy prefers to listen to the songs of the worst mainstream #40.

Feight loves to cook and is a self-described ‘funniest person he knows.’

He is a fanatic of fantasy football and a diehard fan of the Mets.

Tommy has an arrest record for drug paraphernalia (a term that denotes any equipment which is intended for making drugs) and weapons charges from 2007 in Las Vegas.

He was found in possession of a pipe and brass knuckles. Tommy was ordered to take a drug counseling course, pay a $500 fine, or complete 83 hours of community service and one-year probation.

Feight makes most of his wealth by working as a Marketing Director for Blow & Drive Interlock. His salary was not released to the public, however, an average, the base salary for a marketing director is around $170,000 per year.

Therefore, American businessman Tommy Feight has an estimated net worth of $1 million.

READ THIS NEXT: Facts about Marques Brownlee