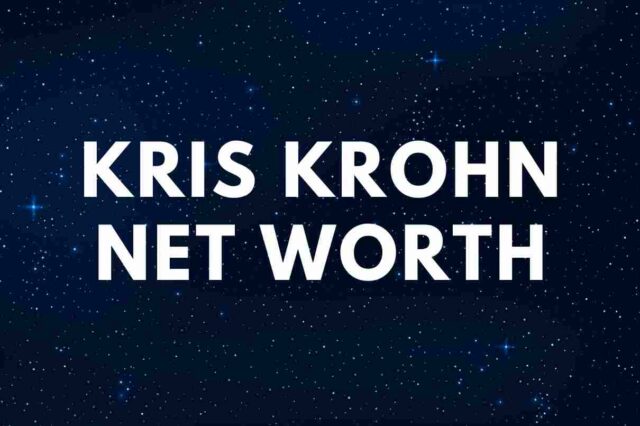 Kris Krohn is an entrepreneur and real estate investor who has set his intention to empower others to achieve financial freedom.

He shares his investment hacks on Limitless TV—his self-named YouTube channel, and his goal to influence others seems to be working.

He currently has 825K subscribers and more than 43 million views across his channel.

His family relocated to Redmond, Washington when he was a kid, and he graduated from the local high school—Eastlake—in 1998.

He graduated in 2001 with a degree in Marriage and Family Therapy.

It was while Kris was at college that he discovered two other passions that would stay dear to his heart over the next two decades: investing and Kalenn—his future wife.

He realized his natural skill as a real estate investor first.

He began investing in real estate as a college student, developing his investment strategies over the course of his studies—and beyond.

Although he met Kalenn while he was studying, and the pair would continue to date exclusively from then on, they didn’t marry until 2007.

The husband and wife duo has two daughters and two sons.

One of their children, who is on the autism spectrum, inspired Krohn to follow—and vocally support—metal toxicity expert Dr. Rashid Buttar in his efforts to raise awareness of the impact of heavy metals in children.

Krohn is a man of hidden talents and interests, too.

He speaks fluent German, is a passionate fitness enthusiast, and regularly participates in Utah-based marathons and triathlons.

He also does weight training, snowboarding, and likes to read.

Oh, and he also writes books.

READ MORE: What is the net worth of Dianna Williams?

In 2010, Krohn published his first book: The Strait Path to Real Estate Wealth.

This book was Kris Krohn’s effort to provide detailed technical steps that investors could take to maximize their profit in the real estate market.

It also offered insights into using real estate to improve the local economy and community.

One of the key takeaways from The Strait Path to Real Estate Wealth is helping readers identify the strengths and weaknesses in every major real estate methodology.

In 2013, Krohn followed The Strait Path… with his second guide: The Conscious Creator.

This follow-up book was less about hard and fast real estate investment tips, and more about mental and spiritual manifestation. If the first book followed in the footsteps of real estate icons like Dr. Dolf de Roos, the second drew comparisons to The Secret.

The founder of The Strongbrook Group, Krohn has built a group of companies that deal with protecting and managing wealth.

The goal of the Strongbrook Group, according to Krohn, is to provide financial wellness to real estate investors.

While Kris Krohn and his family of six live in his hometown of Orem, Utah, he owns upwards of 400 properties across the US.

Despite achieving financial freedom at a young age, he continues to play an active role in his business interests, his writing and his investing.

According to Krohn, he can never pass up a great property deal.

A young Krohn began investing in real estate whilst he was studying at Brigham Young. Fascinated by the idea of gaining financial freedom, he poured himself into studying the concept of real estate investment, and gradually began to build his modest portfolio.

By the time he graduated, Kris Krohn owned twelve properties and had well and truly been bitten by the real estate bug.

Investing in property and getting rich wasn’t enough motivation for Krohn. He had an innate drive to help others—as evidenced by his course of study.

As Krohn’s desire to help others took hold and his passion for real estate grew, he realized that in order to find real success—he needed to combine the two.

Over the course of the next decade, despite having a wedding to plan, a marriage to grow, and children to raise, Kris also found time to establish his proprietary investment strategies.

It is through these strategies that he has been able to market his own investment guides to the public, grow a social media following, and release books on the topic of finance and investment.

Kris Krohn is married to Kalenn since 2007.

Krohn earned most of his wealth from investing in real estate since 2003, online courses, and selling copies of his books.

Ready to get to know the YouTube real estate investor? You can get advice on everything from how to triple your income, to planning for retirement, to buying a mansion without getting a bank loan—right here. Also, you can check out his Instagram account.

READ THIS NEXT: Who is Peter McKinnon?