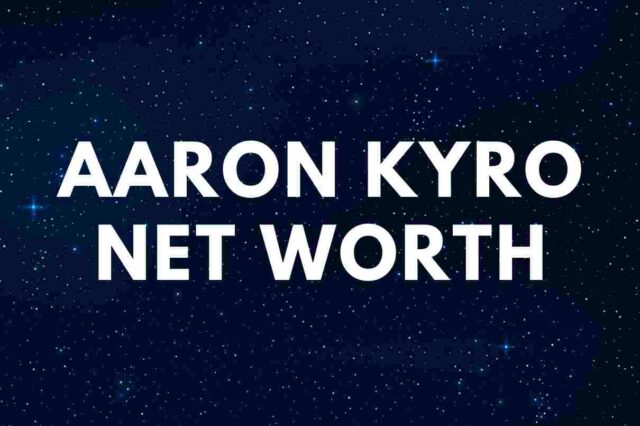 Aaron Kyro is best known as a YouTube influencer and owner of Braille Skateboarding; an online skateboard and skate accessories retailer.

His YouTube channel has skateboarding tutorials that range from absolute beginner to advanced, and it is now one of the biggest skateboard channels on YouTube.

Braille Skateboarding currently has over 5.56 million subscribers on the video streaming platform.

So how did Aaron Kyro go from small-town Colorado boy to major player on the skateboarding scene? With determination, commitment, and a whole lot of passion.

Aaron Kyro was born in Denver, Colorado on September 10, 1983. His family moved to the small town of Red Lodge, Montana when he was a kid, and then on to San Francisco, California.

Kyro is a close friend of popular YouTube skateboarder, Christopher Chann, and he has been married to his wife Danielle since April 2010.

At the age of 10, Kyro took up skateboarding.

As a kid in a small town, this was one of few ways to keep himself entertained. Over the next few years, he improved his skateboarding skills to a level where he wanted to share his passion.

Through hard work and determination, he was able to raise funds for his project and won a grant of $25,000 towards the build.

In 2005, YouTube was still a new platform, and Kyro started the channel with a very simple plan: to post his amateur videos for other young skaters.

Over years of consistent posting and building his community and following, the channel gained momentum.

Kyro’s mission had further to go, though.

The site included a series called ‘Skateboarding Made Simple,’ which offers a total beginner to advanced course.

The site also gives other skateboarders an opportunity to showcase their own skills and share tips that improve the community.

In 2015, Revive Skateboards awarded Kyro his first major sponsorship. He produced and released Skate Everything—a series showcasing the toughest skating tricks in the field—and You Make It We Skate It.

Aaron Kyro has long been vocal about his faith: Scientology.

Scientology is a unique body of religious beliefs and practices, famously followed by Tom Cruise and John Travolta.

Scientology has received significant backlash from its own members in the media.

The A+E network began airing the docu-series Leah Remini: Scientology and the Aftermath, in 2016.

The series, presented by actress Leah Remini, exposed significant workings of the church of Scientology, discussed Remini’s own experiences, and conducted interviews with other former members.

The debut episode of the show was watched by 2.1 million people.

Kyro credits Scientology as his source of self-esteem, and for helping him to build his career as a skateboarder.

He believes that Scientology helped build his self-confidence, and is vocal in explaining how religion brings him peace when he skateboards.

He also acknowledges that Scientology strengthens his personal life, and helped him to find his wife—and fellow Scientologist—Danielle Kyro.

Despite the negative connotation the religion carries, the majority of Kyro’s followers have been accepting of the skateboard guru’s religious beliefs.

Various social media platforms commenting on Kyro’s faith have been met by fans defending the skateboarder’s right to believe what he wants to believe.

In 2016, Kyro built his own private skate park and film studio. Following the launch of his online Braille University the following year—which also marked 10 years in business for the young entrepreneur—Kyro went a step further and did what every self-respecting millennial success does: he gave a TEDx talk.

Kyro earned most of his wealth from founding and managing the website Braille Skateboarding, ads on YouTube, sponsors, and videos on TikTok.

On YouTube, Aaron has more than 1.6 billion views, meaning about $3.5 million in revenue before taxes.

Therefore, Skateboarder Aaron Kyro has an estimated net worth of $2.5 million.

Kyro got your attention? Watch his TEDx talk here. Also, you can check out his Instagram account.

READ THIS NEXT: Who is Kris Krohn?