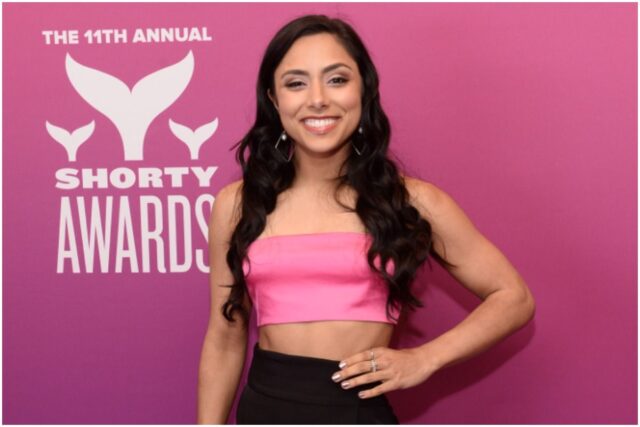 Michelle Khare is a former professional cyclist and YouTuber who has garnered over 2.31 million subscribers on her channel.

Her dad is Indian-American. ”I may not be able to give a perfect, clear delineation of who I am or what I am, and that’s ok,” Khare told Daily Mail. ”Being Indian was something flashy and cool that I had wanted delivered to me in a very specific way.”

In 2014, Khare graduated from Dartmouth College, where she studied Digital Media and Technology.

In the 2014-2015 season, Michelle was part of the BMW Women’s Professional Team.

In October 2014, she started to work as a video producer at BuzzFeed.

”Post-college, I got a job as a producer at BuzzFeed, where I learned how to produce, direct, and edit, and transferred the fitness I gained from cycling into trying physical challenges in videos,” Michelle said in an interview.

She left BuzzFeed in April 2017. ”When I worked at BuzzFeed, I obviously learned so much about the YouTube world,” Khare confessed recently. She added: ”It was a blessing of a first job because I was basically paid to be a YouTuber without having to take the risk of starting my own channel.

Michelle gained fame through her series Challenge Accepted, in which she tries different challenges, such as:

”I have a show called Challenge Accepted where I take on a variety of extreme physical and mental challenges ranging from one to three months in training,” Khare told Entrepreneur. She continued: ”Whether it’s training with the U.S. Marine Corps or becoming the shortest woman to walk the runway at London Fashion Week or even entering a beauty pageant.”

Khare was also in the shoes of Marvel Super Heroes, where she learned stunts like Daredevil, Spider-Man, and Black Widow.

”When I think of Black Widow, of course, there’s Scarlet Johansson…  but I also think about Heidi Moneymaker, I think about Michaela McAllister, because all of them combined really are the portrayal of the Super Hero,” she said.

In 2020, Khare served as the host of the HBO Max kids series Karma. The show is filmed in the Sierra National Forest.

Jennifer O’Connell, executive vice president, original content, HBO Max, said: ”We are giving kids an opportunity to show us their absolute best as they strive for excellence in both challenging and creative situations.”

In February 2020, Michelle Khare got engaged to Garrett Kennell.

Kennell is overseeing the production of videos for her YouTube channel. He is also the owner of GTK Films, LLC. In 2014, Garrett earned his BA in Cinema Production from Point Bark University.

”Even though I still don’t understand how so much ambition, talent, and compassion can be packed into such a tiny human, I am so incredibly grateful to call you my best friend, fiancée, and creative partner,” Kennell wrote on Instagram in August 2020.

They have a weekly podcast together called – Mission Accomplished.

”As an athlete, I’ve found so much strength and courage throughout exercising and our Challenge Accepted series — and that doing the thing that sometimes is the scariest, helps me grow so much as a person.”

”My personal goal is to one day be on an action television show or film.”

Khare earned most of her wealth from working for BuzzFeed, ads on her YouTube channel, sponsors, and serving as the host of ”Karma.”

Michelle has worked with brands like Oral-B, Blue Apron, Target, LG, Away, Warby Parker, and Toyota.

On YouTube, Khare has over 203 million views, meaning about $600k in revenue before taxes. Therefore, YouTuber Michelle Khare has an estimated net worth of $0.5 million.

READ THIS NEXT: Who is Tfue?