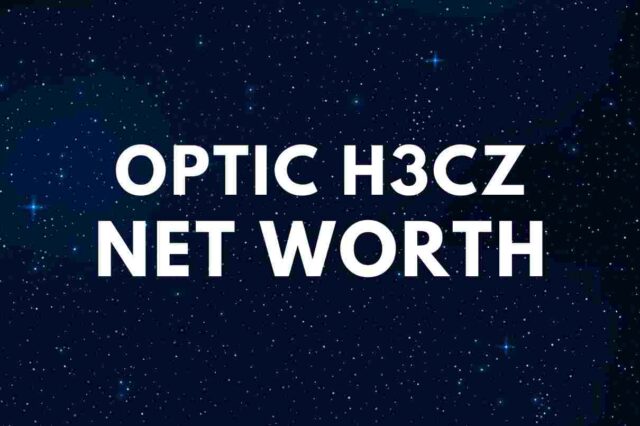 Optic H3cz (real name – Hector Rodriguez) is an American entrepreneur and YouTuber who serves as the owner and CEO of OpTic Gaming, one of the best organizations within the Call of Duty franchise.

In 2005, Hector started to play the first-person shooter ”Call of Duty 2.”

In 2007, Hector joined OpTic Gaming. The esports organization was established in 2006 by Ryan “J” Musselman and OpTic “Kr3w.”

”I wear many hats here at OpTic Gaming, but my main one is to make sure that everything that needs to be done for the players is taken care of,” he told Game Informer.

OpTic Gaming went on to become one of the most popular ”Call of Duty League” gaming stables under his ownership.

In 2016, he sold most of his shares at OpTic to Infinite Sports & Entertainment.

On May 17, 2016, Hector with Fwiz, OpTic J, Midnite, BigTymer, Scump, and NaDeSHot released a book titled – ”OpTic Gaming: The Making of eSports Champions.”

On September 15, 2019, it was reported that Hector left his position at OpTic.

”I have great respect for the Immortals Organization,” Rodriguez said. He added: ”They have treated me and all of OpTic’s players fairly during this transition period.”

On the same day, Hector revealed that he would be joining NRG as the co-CEO alongside Andy Miller.

”A big day for @NRGgg and big personal day for me. So excited to have @OpTicH3CZ as my duo,” Andy Miller tweeted.

”We have a lot of similar thoughts about the industry, that really made it make sense,” Hector stated at the time. ”I like that they’re so well diversified in esports.”

”If I’m Twitch I’m going to take a little bit of a chill pill and say, ‘okay, he’s not there presently, it’s only 99% of his personality that’s being broadcast on a Twitch channel,’” Rodriguez explained.

In early October 2020, it was reported that H3CZ had reacquired OpTic Gaming.

READ MORE: Who is JoshOG’s girlfriend?

The couple has a daughter.

”My head is way too small but happy to be amongst some incredible people, some of whom I consider great friends.”

”What I like most about golf is being outdoors.”

”Competitive players are driven by competition, and that has a lot to do with their personality.”

His brother Pedro is also a gamer.

Hector earns most of his wealth from owning the gaming organization OpTic Gaming. The organization earns money through sponsorship and merchandise. It does not take any percentage from the players’ winnings. OpTic Gaming’s YouTube channel has more than 1.44 million subscribers and over 140 million views.

In addition, Rodriguez has two YouTube channels that have over 167 million views, meaning about $400k in revenue before taxes.

Therefore, Optic H3cz has an estimated net worth of $2 million.

READ THIS NEXT: Who is David Bromstad?