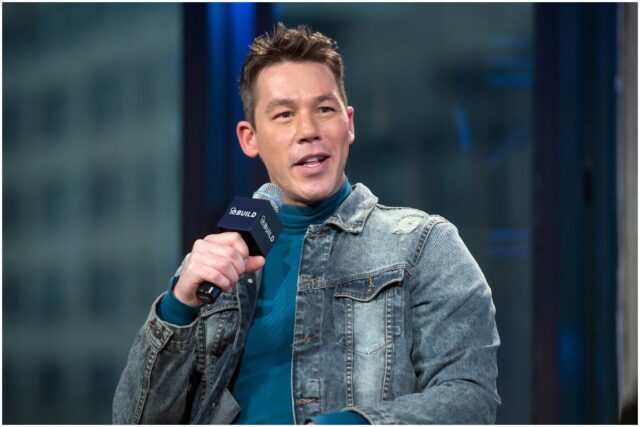 His parents are Richard Harold Bromstad and Diane Marlys Krueger.

”As a kid, I was obsessed with animation,” David said about his childhood. ”I’d wake up on Saturday mornings, grab a bowl of cereal, watch cartoons, and just color for hours.”

He graduated from the Ringling College of Art and Design in Sarasota, Florida. After graduation, David worked for Disney as a Visual Merchandiser for six months. Later, he started his own company, Bromstad Studio.

In 2006, he was the winner of the debut season of “HGTV Design Star.” During the reality competition show, the contestants compete for their own design show on HGTV. On the show, David competed against nine other potential designers. Martha McCully, Cynthia Rowley, and Vern Yip served as the judges in the first season.

”Before I did Design Star, I was an artist, and I was fabricating kids’ rooms and really doing any work to get me by,” he said.

Starting in March 2007, Bromstad is the host of Color Splash, a television show that focuses on transforming rooms by dramatic uses of color.

”It’s focused on bringing out some really fun and exciting designs,” David stated about Color Splash.

He became the spokesman for Mythic Paint in 2008.

In 2010, Color Splash relocated from San Francisco to Miami.

”[My Lottery Dream Home] is really a lot of fun,” David confessed during an interview. ”Basically, I find lottery winners, and I have to find them their dream home.”

”The one constant seems to be that all of the choices are near family,” he told AOL about the winners’ final choice. ”That is 100% the biggest thing.”

In 2015, David appeared as himself in eight episodes of Beach Flip, a reality home renovation-styled competition series.

Bromstad was in a long-time relationship with Jeffrey Glasko. The two first met in 2004 ”at Firestone in Orlando on Valentine’s Day at a single’s party.” David also said that he ”had a crush on him [Jeffrey] for years and years but was never formally introduced.”

READ MORE: Who is Tyler1’s girlfriend?

”Love yourself for who you are, and just as importantly, love your neighbor for who they are.”

”I won the lottery by having this amazing career.”

”I love blues and greens. They’re my favorite colors.”

”Having a million dollars is not going to sustain you. It’s just going to progress you.”

”Life delivers lots of twists and turns. Riding those waves can be challenging.”

Bromstad has many tattoos, including a Disney Icon Cinderella Castle tattooed on his thigh, ”Limited Edition” on his chest, ”Artist” on his hand, a lion on his left leg, Mickey Mouse on his right and left arm, and ”LOVE” on his right leg.

Bromstad earned most of his wealth from serving as the host of ”Color Splash” and ”My Lottery Dream Home.” David Bromstad’s salary was not disclosed.

David also makes money from other ventures. For instance, he is the brand ambassador for the German manufacturer of high-end domestic appliances, Miele, and has a home furniture line available through Grandin Road.

Therefore, David Bromstad has an estimated net worth of $2.5 million.

READ THIS NEXT: Who is Eric Villency?

13 thoughts on “David Bromstad Net Worth”