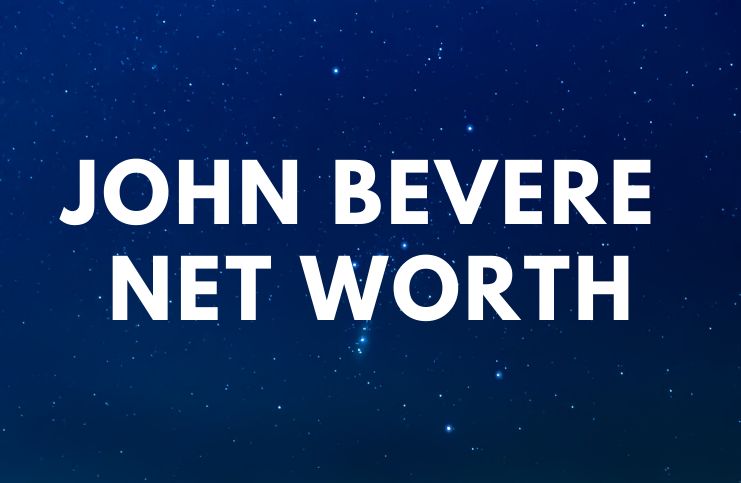 John Bevere is an American best selling author who writes on a variety of biblical and Christian-based subjects. In addition, Bevere tours both internationally and nationally speaking on them.

He was born on June 2, 1959, in Colorado, USA. He didn’t disclose any information regarding his parents, childhood, and education.

John is the head of Messenger International, which is not a specific church, however, it is a para-church organization that sends teaching tools out to churches.

Based in the shadow of the Rocky Mountains in Palmer Lake, Colorado, ”Messenger International” was founded in 1990 by John and Lisa Bevere.

According to their bio, the mission of ”Messenger International” is to:

”inspires godliness while imparting freedom through uncompromised messages releasing people into their fulfilled life in Christ.”

”After traveling and preaching to churches around the world for almost three decades, there are some questions I’m not afraid to ask anymore.”

John Bevere is married to his wife Lisa. She is a writer, who published her first book ”Out of Control and Loving It!” in 1996. She has over 523,000 followers on her ”lisabevere” Instagram account. Interestingly, his wife uses the image of a lioness to illustrate the power, courage, fearless attitude, and strength of women.

Her book, ”Lioness Arising: Wake Up and Change Your World,” inspires women to find their true purpose in life. Her books have been printed in more than 20 languages worldwide. Other books that she published are:

During an interview, John was asked about what makes their marriage successful. He responded:

”Lisa and I do life together. I really feel like that is the key to our success as a married couple, that we just interact together.”

”I am constantly learning more about Lisa every day.”

The couple has 4 sons – Addison, Alec, Austin, and Arden. They all live on the front range of the Colorado Rockies.

In 1994, when his wife was pregnant with her 4th child, she had a dream about a lioness on a platform etched with the Roman numeral 23. Lisa heard a voice say:

“With the birth of this child, you will awaken a lioness.”

”You’re only as strong as what your source of strength can provide.”

”Holiness is not a work of your flesh; it’s a product of God’s grace.”

”God is preparing you now for what is coming next.”

”Don’t draw back when you’re in the wilderness.”

READ MORE: Who is David Baszucki?

”God is faithful. He has not left you or abandoned you. He will fulfill His promises to you.”

”He has a unique calling for every individual, and each of these roles work together to build His kingdom.”

”What we do with the cross determines where we will spend eternity.”

”When I first got saved, it felt like a honeymoon.”

He is a scratch golfer, and his favorite sports team is the Detroit Red Wings, a professional ice hockey team based in Detroit.

In a post, John revealed how he was bound to pornography even after he became a Christian. He said:

”Years ago, I struggled with an addiction to pornography.”

”I became addicted several years before coming to Christ and even after getting married and working in ministry, I could not get free.”

”My freedom didn’t come until I changed my priorities.”

Bevere went on to say:

”I became grieved over my sin because I realized I was hurting the heart of the One I loved.”

Bevere earned most of his wealth from leading the para-church organization called “Messenger International” as well as selling his books.

Moreover, Bevere makes some income from his TV program, The Messenger, that is aired in 216 nations. He also has a YouTube channel. Therefore, John Bevere has an estimated net worth of $1.25 million.

READ THIS NEXT: Rachel Hollis Net Worth