Dr Disrespect (real name – Guy Beahm), self-proclaimed “Face of Twitch,” is an American gamer who is known to his fans for his signature look, which includes a mustache, mullet, and sunglasses.

He has said about himself:

“I created a character who plays multiplayer video games, and he’s considered the most dominating gaming specimen.”

Beahm has been described by ESPN as “a WWE character in the competitive gaming world.”

He was born on March 10, 1982. In 2005, Guy graduated from California State Polytechnic University-Pomona, where he played Division II NCAA basketball.

On March 16, 2011, he was appointed as the community manager of Sledgehammer Games (an American video game developer, formed in 2009 by Michael Condrey and Glen Schofield). Beahm was promoted to level designer and helped create many of the multiplayer maps for Call of Duty: Advanced Warfare (a first-person shooter video game published by Activision). As a multiplayer map designer, Guy worked on maps, like:

He went inactive from YouTube in late 2011 (one of the developers of Call of Duty hired him as the community manager in that year) and did not release any content for almost 5 years.

His Twitch channel started on March 21, 2016, where he is known for streaming H1Z1 (a free-to-play battle royale game developed by NantG and published by Daybreak Game Company).

In addition, he streamed shooters like – PlayerUnknown’s Battleground and Fortnite on Twitch.

On Twitch, Guy has more than 4.4 million followers and more than 25,000 subscribers. 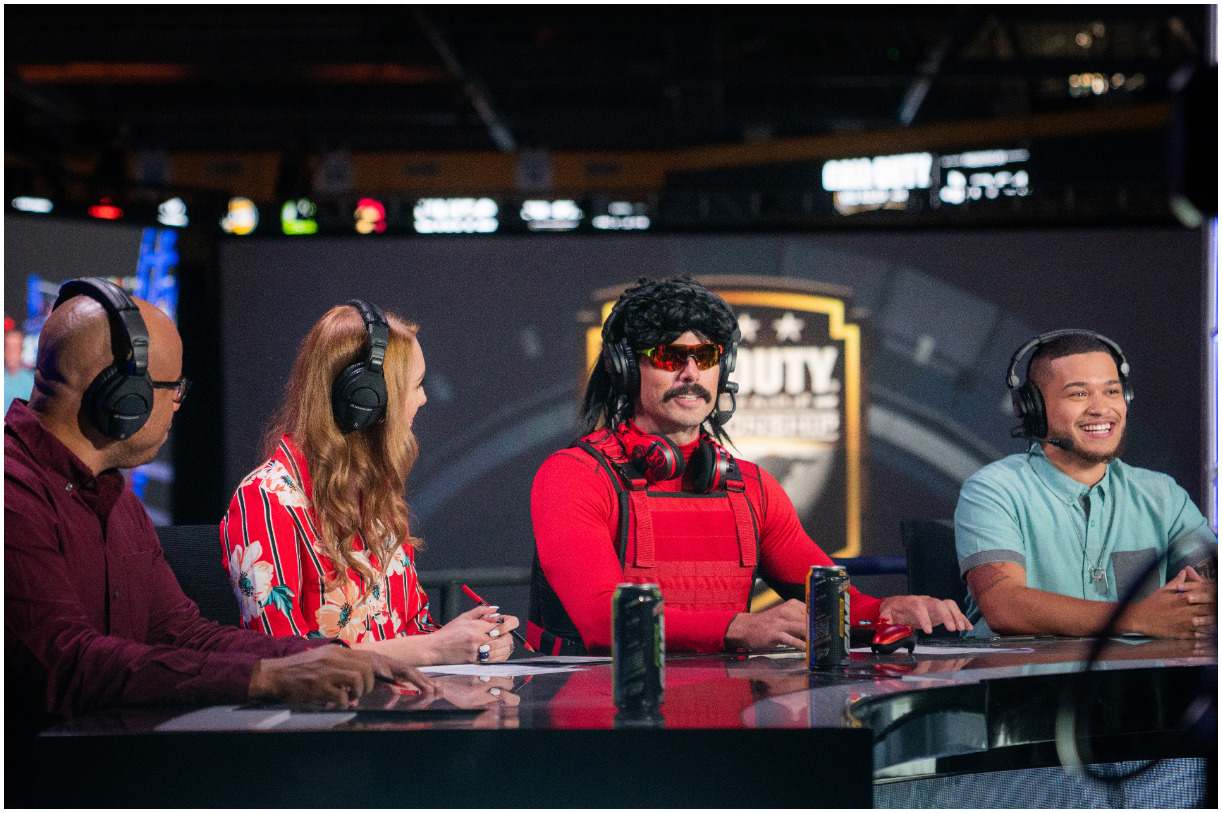 At the end of the TwitchCon 2017 in Long Beach, California, Guy was asked what was next for him during that day. He replied:

“I’m getting in the Lamborghini Diablo VT parked outside of the convention, right, and when I get in it, do you think I’m going to the hotel? Wrong.”

”I’m going to the nearest steak house where I’m going to order a $110 steak, I’m going to get full protein’d up, because guess what, the night has just begun.”

On February 18, 2019, Gordon Hayward (an American professional basketball player for the Boston Celtics of the NBA) joined Beahm on his Twitch stream.

On June 26, 2020, Dr Disrespect was permanently banned from Twitch.

In December 2017,  after having admitted to being unfaithful to his wife, Beahm took a two months break from streaming to tend to his relationship with her.

”And so, I just wanted to let you guys know that. I apologize to you guys, and my sponsors, and Twitch. This is not who I am, this is not what I represent. That’s it.”

On February 5, 2018, Guy returned with a total peak of 388,000 concurrent viewers. During an interview, Beahm quoted:

“My wife and I were literally on the verge of separation, possibly divorce… We both knew that if the Doc came back, she would have to be fully involved in the business.”

”That was one of my biggest mistakes, not having her involved from the beginning…I’m hoping our working relationship will strengthen our personal relationship.”

The couple has a daughter – Alana.

On September 11, 2018, Beahm has live-streamed Call of Duty: BlackOut. While playing it, an unknown person shot at his house and hit an upstairs window. This was reportedly the 2nd time that someone shot at his house.

Guy was a former member of OpTic, and was a 2x champion in the 1993 and 1994 gaming championship of NBA2K within the “Online Gaming Community.” This is the reason why “2xchampion” is his Fortnite user name.

He sports a mustache he has named “Slick Daddy” aka “The Poisonous Ethiopian Caterpillar.”

His motto is “Violence. Speed. Momentum.”

One of his most notable catchphrases is “I’m on top of the mountain, and I’m only halfway up!”

His popularity has led to sponsorship deals with Gillette, Razer, ASUS, and G Fuel.

On January 10, 2019, Creative Artists Agency (an American talent and sports agency based in Los Angeles, California) signed Guy as a client.

When playing as the DrDisrespect character, he wears sunglasses (Google prototype scopes), a black mullet wig, a red or black tactical vest, and a red or black long-sleeved athletic moisture-wicking shirt.

Beahm earns most of his wealth by streaming on Twitch. There, he has over 25,000 subscribers, that bring around $87,000 every month. From Twitch he also earns from ads that are shown on his streams.

In addition to streaming on Twitch, Guy has a YouTube channel, that has more than 109 million views (about $220,000 in revenue).

READ THIS NEXT: Asian Andy Net Worth