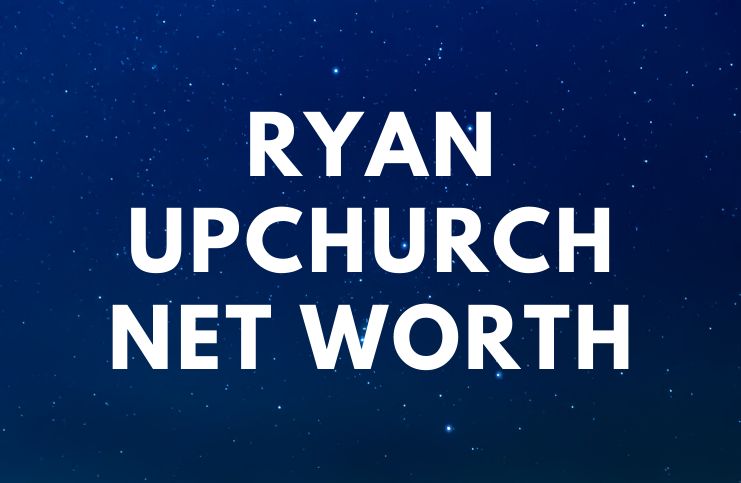 Ryan Upchurch is an American popular social media influencer, country singer, and comedian, who has released albums by the names of Chicken Willie, Son of the South, and Heart of America.

He didn’t finish high school. In his words:

”I messed around with it a little bit in high school, but I didn’t really take it seriously.”

Upchurch went on to say:

”It was that time when a lot of rappers were coming out and every kid wanted to be a rapper. Then I dropped it and I ended doing construction work and I did not finish high school.”

He created ”Upchurch the Redneck” with his friend Shade Glover.

He began posting to his YouTube channel in 2014 with a series of videos called Upchurch Talks. Within several months, his channel had more than 100,000 subscribers.

Currently, his YouTube channel has more than 2.02 million subscribers and over 1 billion views.

His most popular video is titled – “Rollin Stoned” (Official Video). This video was published on December 15, 2016, and it has more than 61 million views.

His second most popular video is called – “Can I get a Outlaw” OFFICIAL MUSIC VIDEO. The video has more than 49 million views, and it was published on October 23, 2015.

After he created his Upchurch the Redneck character,  Upchurch began to put out his debut single titled – “Raise Hell and Eat Cornbread.”

In 2016, Upchurch released a full-length album, named – ”Heart of America.”

Both releases reached the top 30 of the Billboard Top Country Albums chart.

In August 2016, he released his 2nd full-length album, titled – ”Chicken Willie.” The album reached No. 11 on the Rap Albums and No. 22 on Billboard’s Top Country Albums charts.

In 2017, he released an EP named – ”Summer Love.” This EP is country-oriented and has no elements of rap music. Later that year, Upchurch released a studio album named – ”Son of the South.”

On April 20, 2018, Ryan released his first rock album, called – ”Creeker.” This album is focused on rock, with several rap elements.

READ MORE: Who is Ralph Smart?

In August 2018, Upchurch released another album, titled – ”Supernatural.” It is a rap-focused album with a few country elements. ”Supernatural” peaked at No. 6 on Billboard’s Top Country Albums.

Ryan Upchurch is yet to be married but he is in a relationship with Brianna Vanvleet.

Ryan’s released albums include the following:

”I like creating something that people can look at and say – Wow that is amazing.”

”My bow tie look futuristic, snake skins when I talk the business. Got a couple of people at my household that’ll put a hole in y’all’s common senses.”

”Just thought I grabbed my Chocolate milk to take a drink of it… I wasn’t looking… it was Apple Juice… I think my brain just s### itself.”

READ MORE: What is Jerry LaVigne’s net worth?

”I watched the whole entire Elvis Documentary that was documented by his personal bodyguards for 20+ years & close family & mannnnnn oh mannnn.. what a crazy story.”

”I like to branch out a lot. I am really into art. So, anything that has to do with art whether it is music, painting, drawing or building stuff out of wood I am really into.”

He loves tattoos and he has several tattoos on his body, including his arms and hands.

Luke Combs is featured in his music video for the song “Outlaw.” Combs is a country songwriter and singer based in Nashville. In 2015, Luke released his first single, titled – “Hurricane,” and landed on the iTunes’ Top 10 Country Charts. Combs also covers country songs on his YouTube channel.

The music artist is passionate about ending bullying. Ryan is the head ambassador and spokesman for R.I.S.E. & Stand, a non-profit organization that is focused on ending all acts of cruelty.

Upchurch has a brother named Austen. His brother stars in the music video for his hit named – “Summer Love.”

Upchurch earns most of his wealth from the music he creates. For instance, his first album – ”Heart of America” sold more than 1,300 copies in the first seven days of release.

In 2016, he released an album titled – ”Chicken Willie,” that topped Billboard’s Top Country Albums chart, selling more than 2,810 copies in its first week.

Also, he has a popular clothing line.

Moreover, Ryan earns money from ads on his YouTube channel. So far, the channel has over 1 billion views. This means about $2 million in revenue, before taxes. Therefore, Ryan Upchurch has an estimated net worth of $4 million.

READ THIS NEXT: Willow Creek’s interim pastor to step down