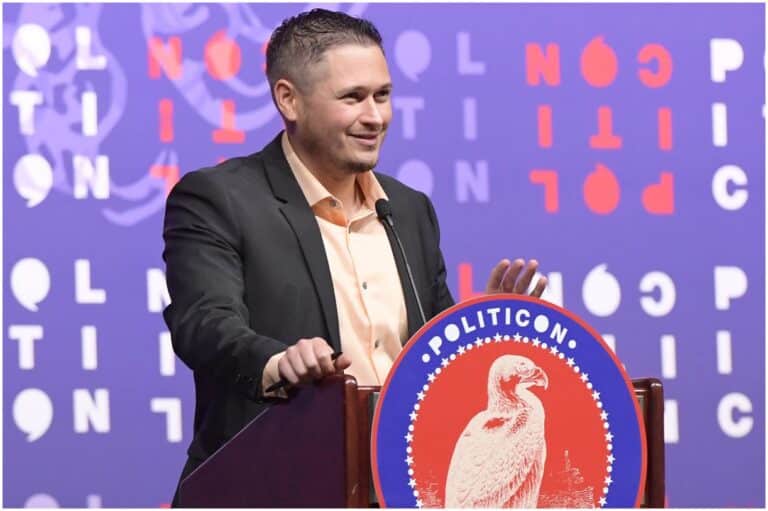 Kyle Kulinski is a social-democratic political commentator, liberal talk radio host, and YouTuber, who is best known for being the host of The Kyle Kulinski show on the Secular Talk Radio Network.

He is of Polish and Italian descent.

In 2006, Kyle graduated from New Rochelle High School. In 2010, Kulinski earned a bachelor’s degree in political science from Iona College. He once said:

”I graduated from college then I went out in the real world, and I got slapped in the face with reality.”

During college, Kulinski started the YouTube channel called ”Secular Talk,” where he blends together elements of progressivism, social democracy, and socialism. In addition, Kyle gives his analysis of the political landscape in the United States.

His YouTube channel is a member of the Young Turks network, a political commentary web series hosted by Ana Kasparian and Cenk Uygur.

In September 2019, Kulinski interviewed Bernie Sanders, an American politician who unsuccessfully sought the Democratic Party nomination for president of the US in 2016 and 2020.

Kulinski said on Hill.TV’s “Rising” about the reasons Bernie Sanders failed in his second presidential campaign:

”I think it was a little bit of the Hillary thing and a little bit…that he was more now associated with the Democratic Party and not just purely an outsider.”

Kyle was a member of the Justice Democrats, a progressive political action committee that was founded on January 23, 2017, by Zack Exley, Saikat Chakrabarti, Cenk Uygur, and Kulinski.

One of Justice Democrats’ priority is to eliminate the role of money in politics.

Cenk Uygur and Kyle published a set of progressive founding principles for the coalition, including:

In 2017, Kyle resigned from the board of Justice Democrats after the expulsion of Cenk Uygur from the organization.

”I have stepped down from Justice Democrats, though I will continue to support every single one of their superb candidates.”

Kyle Kulinski is not currently married. Also, Kulinski didn’t release any information regarding his girlfriend.

”Obama is a capable politician. He understands the tide of dem voters so of course he’s gonna make overtures.”

”In my private life, I’m not all that outgoing. I’m kind of a reserved person.”

”Don’t take the abuse. Grow a spine, know what you want, demand it.”

”He doesn’t see us. He doesn’t hear us. He might not see or hear anything at all!”

”Even the best elected left-wing leaders in the country are terrified of the media.”

He was on Joe Rogan’s podcast several times.

He mentioned that his biggest early influences are Noam Chomsky, Richard Dawkins, Bill Maher, and Hartmann, according to JacobinMag.

Kyle supports many aspects of the Norwegian style of prisons.

In the 2016 presidential election, Kulinski voted for Jill Stein.

Kulinski earned most of his wealth from advertisements on his YouTube channel (over $1.3 million in revenue, before state taxes) and hosting The Kyle Kulinski show. Therefore, Kyle Kulinski has an estimated net worth of $0.8 million.

READ THIS NEXT: Who is Vegas Dave?