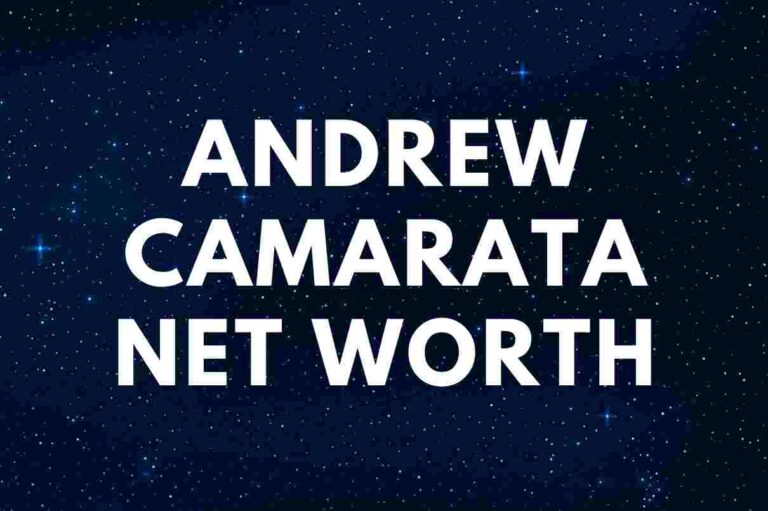 Andrew Camarata could be one of the world’s most unlikely influencers. The down-to-earth property maintenance specialist was busy building his New York-based excavation and property maintenance empire when he caught the attention of millions of global viewers on YouTube.

Here’s what we know about the Blue Collar YouTube guru.

Andrew Camarata was born on November 12, 1985, in Saugerties, New York. The New York native followed in the footsteps of his father, Andrew Camarata Senior, who was a well-known mechanic and craftsman in his community.

The young Andrew worked alongside his father from a young age, learning how to fix engines, repair heavy-duty machinery, and keep excavation tools running. Through his dad, he gained a love of machinery. Then the digital world caught his eye for the first time.

Andrew Camarata went to college to study Computer Science, a short-lived interest that ultimately drew him back to his first passion with increased motivation.

Although his Computer Science course may have been fleeting, he also adopted two Golden Retrievers around this time—Levi and Daisy. The adorable duo remain Andrew’s most loyal sidekicks.

The company is based out of Saugerties, New York, and covers Hurley, Woodstock, Kingston and Catskill. Andrew, who was only 24 at the time, was keen to try his hand at everything—he took on small projects like driveway building and drainage, lawn mowing, and grading land.

From there, he built up to residential and commercial excavation and total property overhauls.

Camarata realized he had a passion for turning his customers’ property visions into a tangible reality—he just wanted to make his clients’ dreams come true.

As his skills grew and his business began to gain a reputation in his local community, Andrew started recording videos of some of his projects to share on his Facebook page and YouTube channel. The latter would prove to be a pivotal point in his journey.

After joining the largest video sharing website in the world, Andrew did what most people do: shared low-quality phone footage of stuff that interested him.

Little did he know that his low-fi demonstrations were going to be of interest to hundreds—and then thousands—and then millions of people around the world.

Andrew Camarata’s videos average almost a million views per video, and have gained over 207 million views across the channel. his unorthodox shipping container construction experiments and side projects entertain the masses.

Currently ranked in the top 1% of YouTubers in the United States, he has amassed hundreds of thousands of subscribers over the past six years.

Other property maintenance companies would have a hard time replicating Andrew’s success. The videos that catch his followers attention vary widely—from a simple, seemingly mundane driveway installation that amassed over 9 million views, to an off-topic video of him moving an antique truck. The truck move gained 10 million views in two months.

As his following has grown, the down-home property maintenance and excavation professional has branched out in what he shows on his channel.

Andrew now uploads everything from footage of his team pouring concrete for a driveway, to repairing chainsaws, to buying a new pick-up truck, to cleaning up a tire dump. If it can be done with heavy machinery, the New York native is down to give it a go—and film the process for our entertainment.

Andrew Camarata is not married. Also, there is no information about Camarata’s current girlfriend.

He earned most of his wealth from founding and managing Camarata Property Maintenance as well as from ads on his YouTube channel (over $0.5 million). Therefore, Andrew Camarata has an estimated net worth of $1 million.

Inspired by heavy-duty machinery? Check out Andrew Camarata as he builds bridges and pours concrete here.

READ THIS NEXT: Who is Leena Xu?