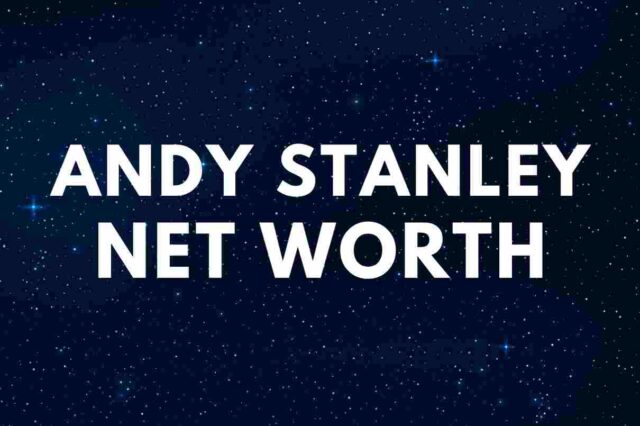 His father is pastor Dr. Charles Stanley, founder of In Touch Ministries.

In 1995, he founded North Point Community Church in Alpharetta, Georgia, a suburb of Atlanta.

In December 1996, North Point bought an 83-acre site in Alpharetta.

Today, it is comprised of 9 churches in the Atlanta area and a network of 100 churches around the world. Also, over 30,000 people attend services at NPM churches.

In 1997, Stanley published his first book, ”Like A Rock: Becoming A Person of Character.” In the book, Andy presents a step-by-step program to help people determine their personal definition of success.

In December 2002, Andy published the book ”Next Generation Leader: 5 Essentials for Those Who Will Shape the Future.” The book is broken into five sections covering the five aspects/traits of a great leader.

”The Next Generation Leader was the result of monthly leadership lessons I do here with our staff,” he told Preaching.

In 2006, Stanley was voted the 13th most influential Christian in America.

In 2020, Andy published the book ”Better Decisions, Fewer Regrets: 5 Questions to Help You Determine Your Next Move.”

The couple has three children named Allison, Garrett, and Andrew.

”I tell my kids that being my son or daughter is going to open doors, but once you walk through them, it’s up to you,” he once said.

READ MORE: Who is ZackTTG’s girlfriend?

”I don’t like to do anything until I’m 110% prepared. I am a preparation addict.”

”The decisions you’re in the middle of making right now will eventually be reduced to a story you tell.”

”Jesus is inviting you, in fact, I think Jesus is instructing you and is instructing me to follow him into the complexity of family life and carry the tensions between what’s real and what’s ideal.” (Source)

”Direction determines destination. If you change your direction things will eventually change.”

”Nobody plans to undermine their own future. They just don’t plan not to.”

”If something bothers you, let it bother you.”

Stanley earned most of his wealth from managing North Point Ministries, a worldwide Christian organization.

He has written over 20 faith-based books, including – The Seven Checkpoints: Student Journal, Seven Practices of Effective Ministry, Next Generation Leader, The Principle of the Path, Enemies of the Heart, and How To Be Rich. Therefore, pastor Andy Stanley has an estimated net worth of $1.5 million.

READ THIS NEXT: Who is Scott Adams?