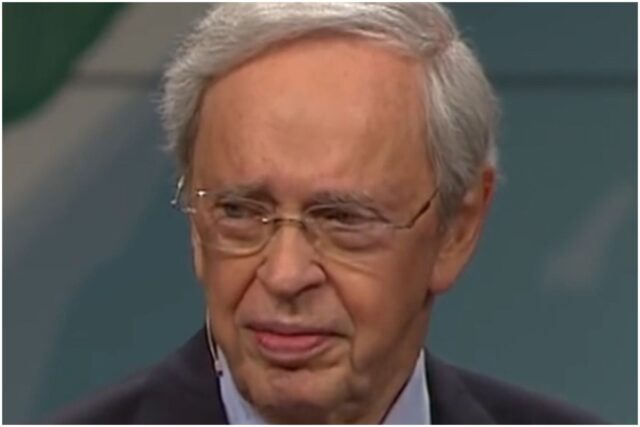 What is Charles Stanley’s net worth?

He is also the founder of In Touch Ministries.

His teachings are based on life application lessons and biblical principles.

He was born on September 25, 1932, in Dry Fork, Virginia, USA, as Charles Frazier Stanley.

Stanley became a born-again Christian at the age of 12.

In 1969, he joined the staff of First Baptist Church of Atlanta. The church elected Dr. Charles Stanley as a senior pastor in 1971.

One year later, he launched a 30-minute religious television program – ”The Chapel Hour.”

In 1985, he was elected president of the Southern Baptist Convention.

In 1988, he was inducted into the National Religious Broadcaster’s Hall of Fame.

The television series ”In Touch with Dr. Charles Stanley” could be heard in 107 languages in 2006. The series began airing in 1978.

In 2007, Dr. Stanley published a book titled – ”Landmines in the Path of the Believer: Avoiding the Hidden Dangers.”

On September 13, 2020, Dr. Charles Stanley announced his retirement to the congregation in a prerecorded message shown at the end of First Baptist’s online service.

”I’m so grateful saw fit to allow me to serve as your pastor for more than 50 years,” Dr. Stanley said. He added: ”As you know, I don’t believe in retirement. I will continue to preach the Gospel as long as God allows.”

Dr. Anthony George said to Dr. Stanley in the video: ”It will be your legacy, sir, that is my standard, the standard that will inspire me to always do my best with God’s help for as long as God gives me to serve here.”

In 1958, Charles Stanley married Anna J. Stanley. She filed for divorce on June 22, 1993, saying the couple had lived apart for a year.

In 1995, Anna Stanley explained that she chose this path due to “many years of discouraging disappointments and marital conflict.”

”When she decided to leave me, I decided to say, ‘Okay, God, I’ve done what you told me to do. I’ve been obedient to you. Now I’m going to trust you,’” Stanley recalled in a later interview.

The Stanleys were officially divorced in 2000.

Dr. Stanley was allowed to retain his position at First Baptist Church of Atlanta as long as he does not remarry.

Charles and Anna have two children, Becky and Andy.

”When they were younger and needed something, I would drop everything to listen to them, no matter what was going on,” Stanley recalled in an interview for Christian Headlines. He also said: ”I gave my children the best that I could.”

Andy Stanley is the founder and senior pastor of North Point Community Church in Alpharetta, Georgia.

Andy said about his father: ”He didn’t pressure me. I never heard that talk, ‘You’re the pastor’s son and you need to be an example.’”

”God will never tell us to do something that gratifies the flesh.”

”If somebody can predict their own death and resurrection, I’m not all that concerned about how they got into the world.”

”Our relationship with God strengthens as we continually learn more about Him and His ways.”

”Yieldedness is vital in listening to what He has to say.”

”A Christian has no right being in a fight unless it’s a spiritual fight.”

Dr. Stanley earned most of his wealth from serving as the senior pastor of First Baptist Church in Atlanta, Georgia, and publishing over 60 books.

Some of his books are Courageous Faith: My Story from a Life of Obedience, Emotions: Confront the Lies. Conquer with Truth, How to Reach Your Full Potential for God, Pathways to His Presence: A Daily Devotional, In Step with God, and Into His Presence: An In Touch Devotional.

In addition. Dr. Stanley is the founder of In Touch Ministries.

Therefore, Dr. Charles Stanley has an estimated net worth of $2 million.

READ THIS NEXT: Who is Jesse Watters?