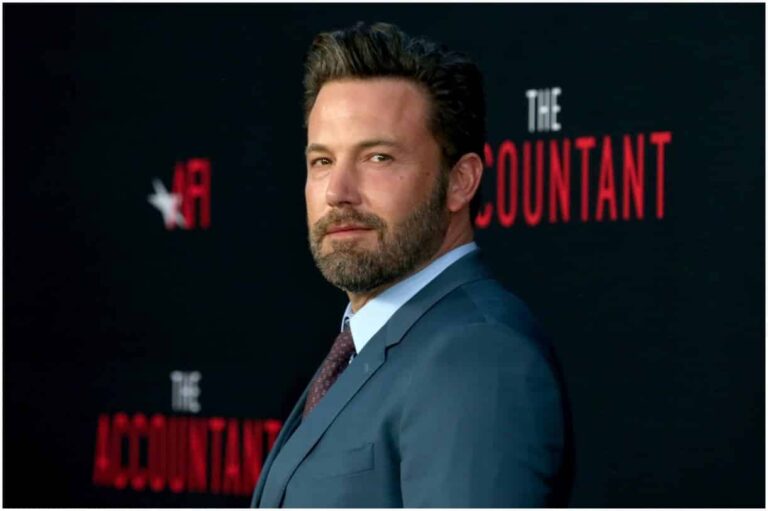 Ben Affleck is an American actor, writer, film director, and producer, who is best known for numerous high-profile films, including Pearl Harbor, Armageddon, Batman v Superman: Dawn of Justice, Argo, The Sum of All Fears, and Good Will Hunting.

Ben was raised in “a very strong union household.”

His parents divorced when he was 11.

His first role was in a Burger King commercial.

In 1997, Affleck and Matt Damon co-wrote the script for Good Will Hunting. They sold their Good Will Hunting script for $600,000. Ben and Matt received an Oscar and a Golden Globe for its scriptwriting. In addition, Damon and Affleck starred in the movie alongside Stellan Skarsgård, Minnie Driver, and Robin Williams.

In 1998, Affleck starred alongside Liv Tyler and Bruce Willis in the blockbuster disaster movie Armageddon. The film grossed more than $553 million worldwide.

In 2000, he was chosen as one of People Magazine’s 50 Most Beautiful People in the World.

In 2006, Affleck received a Golden Globe nomination for his performance in Hollywoodland.

In 2007, he ventured into directing with the thriller Gone Baby Gone. The film stars Michelle Monaghan and his brother — Casey Affleck as two private investigators. Gone Baby Gone grossed over $34 million worldwide.

In 2009, he played a congressman in the political thriller ”State of Play.” In 2010, Ben starred in ”The Company Men,” a drama about corporate downsizing.

In 2012, Affleck directed, co-produced, and starred in the film Argo, which won him the Academy Award for Best Picture, the Producers Guild Award, BAFTA, and the Golden Globe Award. Argo grossed more than $232 million worldwide.

Later that year, Ben also performed as a math savant who works for drug cartels in The Accountant. The film grossed over $155 million worldwide.

In 2020, he portrayed a recovering alcoholic in the sports drama The Way Back. The film was written by Brad Ingelsby and directed by Gavin O’Connor.

From 1997 to 2000, Affleck dated Gwyneth Paltrow. They first met at a dinner in Miramax.

In 2015, Paltrow has confessed for US Magazine that Affleck “was not in a good place in his life to have a girlfriend, during their three-year on-off relationship.”

From 2002 to 2004, the talented actor dated singer and actress Jennifer Lopez. Affleck and Lopez first met on the set of their film, Gigli. The two became engaged in November 2002 after giving her a reported $3.5 million ring.

In June 2005, Ben Affleck married actress Jennifer Garner in a private Turks and Caicos ceremony. The couple first met in 2000 while filming a movie.

He said for Vanity Fair:

”I never thought I was gonna get divorced—I didn’t wanna be a divorced person.”

Garner and Affleck have three children:

Since his split from Garner, Ben has been in a relationship with SNL producer Lindsay Shookus.

In 2020, Affleck began dating actress Ana de Armas. They are romantically linked since they were spotted vacationing together in Havana in March. Ana and Ben first met while playing a married couple in the thriller “Deep Water.”

”People with compulsive behavior, and I am one, have this kind of basic discomfort all the time that they’re trying to make go away.” (Boston Globe)

”There’s a lot of alcoholism and mental illness in my family.”

”I have to be the man I want to be at this point, I don’t have any more room for failure of that kind.”

”My wildest dreams have come true, but at a price.”

He is a member of Feeding America’s Entertainment Council.

Ben Affleck has an estimated net worth of $155 million. Affleck earned most of his wealth from performing in over 74 movies and TV series, including – Batman v Superman: Dawn of Justice, The Way Back, The Accountant, Pearl Harbor, State of Play, The Sum of All Fears, Good Will Hunting, Paycheck, and Gigli.

READ THIS NEXT: Who is Tobey Maguire dating?