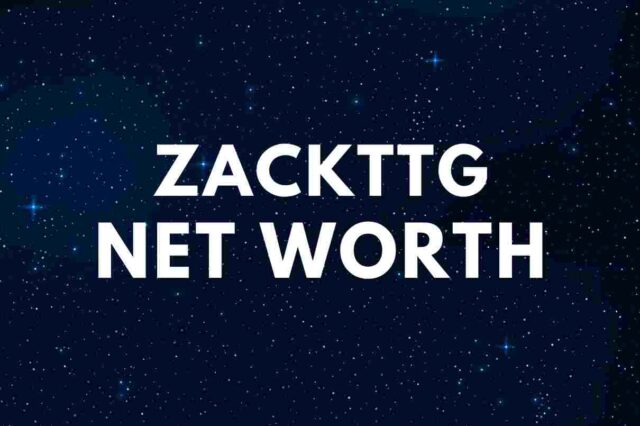 But is there more to ZackTTG than just playing video games? Let’s find out…

As a kid, he attended Chino Hills High School with NBA up-and-comer LaMelo Ball, who has been featured in a ZackTTG video demonstrating cool basketball hacks.

Zack relocated to Los Angeles, California, in order to pursue his goal of becoming famous on the internet. He moved in with friends at the 2HYPE collaboration house—including Kristopher London, Jesser, Mopi, TDPresents, and Los Pollos TV—and the rest (as they say) is history.

Mowley has been dating Jade Meadows since 2020. ”Today we celebrate you,” Meadows wrote on her Instagram in January 2021. ”I’m so in love with you, your heart, and all of the beautiful memories we have created together.”

In a June 2020 Q&A video, Meadows said her role was in fashion and beauty.

Both Zack and his girlfriend were vegetarians for a while in 2020.

Zack Mowley was working as an electrical engineer and gaming in his downtime—hence his original nickname, TheTravelingGamer.

He would create content around sports—predominantly football and basketball, since he played both of those in high school.

Eventually, he branched into live streams and vlogs on YouTube, and started creating collaborative content with the 2HYPE crew.

ZackTTG’s most popular videos are typically basketball and NBA-related content, or crazy challenges that he does in collaboration with 2HYPE.

This video is his most viewed to date, with a whopping 3.9 million views as he and his fellow 2HYPE members do a basketball challenge.

The outgoing entertainer joined Twitch in 2015, and ZackTTG had amassed just over 150k followers by the start of 2021.

He streams gameplay and commentary across various games—most of which are on the PlayStation platform. He is most well-known for playing NBA 2K alongside his 2HYPE collaboration group.

What Is 2HYPE anyway?

This group focuses on NBA 2K gaming and sports content, and rents a luxury property in the City of Angels.

Some notable past and present members of the 2HYPE house are:

One of 2HYPE’s most popular—and high-earning members—was Mopi.

Mopi, who was a prolific content poster for a long time, quit 2HYPE in late 2020.

The move caused a massive rift within one of the influencer industry’s most popular collab groups—and even inspired 2HYPE to send the young Tyler Glenn a cease-and-desist letter.

Mopi said as much as he could about what went down to motivate his departure from the group, saying he was used for his clout and that he couldn’t stay in good conscience, knowing what the 2HYPE guys—excepting his friends Clay, Crowley, and LHype—had done for fame.

Gaming organization 100 Thieves, which is moving to position itself as a lifestyle brand and entertainment hive, signed 2HYPE at the start of 2021.

Following the departure of big names like Mopi, TDPresents, and LosPolloTV, the 2HYPE crew moved into damage control and chose 100 Thieves as a great way to expand their own brand.

2HYPE, which was pitted against 100 Thieves for Collab group of the year at the Streamys (and won!), shares the organization’s vision and mission for growth.

Mowley earned most of his wealth from ads on YouTube, streaming on Twitch, and sponsors.

For instance, Mowley has over 110 million views on YouTube, meaning about $300k in revenue.

Not sure what to expect from ZackTTG? Check this out for an idea.

READ THIS NEXT: Who is Cooke Maroney?